A few years ago, right around the approach of the New Year, I wrote a blog post that I called ‘10 Great Words.” 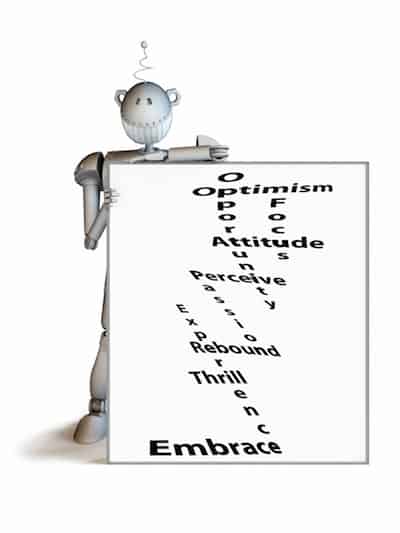 Since that time, this inspirational post has become one of the most heavily tracked pages on my Web site; it also happens to provide the structure for the closing of most of my keynotes on stage.

In a few other years, I’ve updated the concept with other lists of inspirational words, and the meaning behind them. It’s always been a good way for me to clarify to my readers, and to my audiences while on stage, what they should be thinking about if they truly want to embrace the future and be an innovator.

With that in mind, I’ve been thinking about the words that might inspire people as they go forward into 2012. I’ve obsessed over this for quite some weeks now. I just haven’t been able to hit the right note.

And then while at the gym yesterday, and right after an interview for a newspaper in Sarajevo, the words for 2012 hit me like a torrent. Here’s what I think you should be thinking about as we go into a new year :

Here’s some of the key trends that I see unfolding through 2012 and beyond. 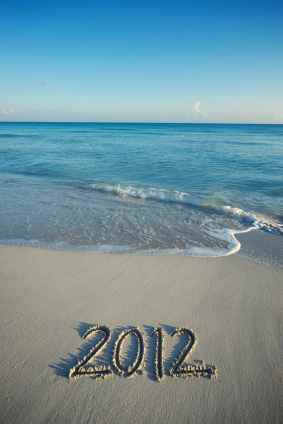 (July 2016 update: Most of my servers are now on droplets on Digital Ocean. LEMP stack with Ubuntu is the current favourite. Raspbian on Pi’s with Ubuntu for #IoT projects. sudo-apt get update should apply to old blog posts!)

A big shout-out to the 10 companies that helped the most in keeping the JimCarroll.com Web site infrastructure in great operating shape throughout 2011. If you want to do a great Web site, you need to do it right. These are some of the technology companies that have supported my site in various ways through the year.

Throughout 2011, my Web site has played an incredibly powerful role in supporting my speaking activities worldwide.

Quite a few clients have told me that they’ve found it through a Web search for a ‘futurist’ or ‘innovation speaker’, or have been sent there by one of my speaker bureau clients. They’ve told me they’ve watched the video clips throughout the site, and that with other background information, has convinced them that I’d be a great addition to their corporate leadership meeting or association event.

Keeping a Web site such as JimCarroll.com up and running with little downtime,  in a way that it is fast, responsive, and always available, takes a bit of effort. I do all the maintenance, blog postings and updates on my own. But it’s also through the help of a variety of partners that I’ve got a site in which the average Web page loads in under 3 to 4 seconds — pretty good for a media rich, complex site.

And so as we wind down the year 2011, I thought it would be a good time to give a shout-out to the many technology partners that I use to keep this Web site in tip top shape, or let me watch how well it is working. In no particular order, these partners include:

That’s my list of my key 10 providers for 2011. Obviously, there is a lot more at work here in terms of the technology infrastructure. I must mention Apple in light of the  : the home office consists of a Mac Pro, new Macbook Pro, iPad, iPhone, and just about everything-Apple. Between the home and the chalet, we’ve got 4 Apple TV’s and just about ever other whiz-bang iDevice possible. The fact is, Apple has helped to take my business to new levels — Pages, Number, and most importantly, Keynote have all replaced the Microsoft office tools that I was using up until 2007. Earlier this year, while on stage, I actually had to use Windows 7 when I wasn’t allowed to use my Mac on stage — and I was completely, totally lost!

Not to forget as well Keynote Pro: these folks designed the Keynote presentation template that I use on stage — one that has now probably been viewed by over 100,000 people in the last two years alone. It’s not a key part of what I do on my Web site, but from a stage perspective, it’s certainly a key part of my success!

Update: For those asking about how I manage to walk on stage and do what I do, and also manage the tech infrastructure — you can’t figure out the future if you don’t deeply into the technology that will drive it! For what it’s worth, I’ve been geeking out as a hobby since 1982, starting with a Radio Shack Model III. My latest project, in my ongoing effort to keep the Website humming along, is to utilize a MediaTemple VE server running on an “LEMP stack.”  (I’ve had a test site running with Apache and Nginx as a proxy, but there’s still a lot of Apache overhead.) So the next stage involves a barebones Ubuntu operating system (Linux), running Nginx (instead of Apache, for performance), Mysql and PHP. (Hence, LNMP, not LAMP). It’s based on this article here. Looks awesome!

A report from T. Rowe Price on my recent keynote for the 2011 Investment Symposium follows, where I was one of three keynote speakers (the other two being Colin Powell and Charlie Cook). You can find some blog links to each of the three key themes in the article at the end of the article below.

Futurist Jim Carroll, one of the world’s leading experts in global trends and innovation, described how advances in technology and human innovation will combine to create positive change in the future. He explained how businesses can be held back by what he calls “aggressive indecision”— postponing action because they are constantly waiting for economic conditions to improve. Carroll noted that as the pace of change accelerates, the companies that prosper will be those that can adapt and innovate most quickly.