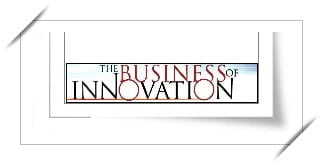 The week before last, I taped an appearance with CNBC on an upcoming prime time five part show, “The Business of Innovation,” hosted by Maria Bartiromo.

The show is set to aiir, as I understand it, March 4, at 9PM EST, and again at midnight. It will air in Europe and Asia subsequent to that.  I was part of a three person “panel of innovation experts” for the third part of the show. The first segments featured the insight of such folks as Vinod Khosla co-founder of Sun Microsystems; Cathleen Black, President of Hearst Magazines, and Arkadi Kuhlmann, CEO of ING Direct.

After thinking about it for a a while, my thoughts that have resulted from doing the show are this:

There’s sort of a disconnect here, isn’t there?

I told my wife after the taping that I’ll either end up looking like a complete idiot, or a genius, or perhaps an idiotic genius. It will be interesting to watch.

The phrase that formed in my mind, both during and after the show, are that there are too many “innovation elitists” out there. And that’s just quite wrong: I’ve often explained that innovation of any sort is set to fail, as soon as we make it special.

In any event, I’m sure that I’ll be posting more on my thoughts on this closer to air date.

I gave the opening keynote this week, in Orlando, for BICSI, a telecommunications trade group; these are folks primarily involved in the implementation of sophisticated corporate, institutional and backbone infrastructure networks.

There were about 3,000 people in the room — and my message was that within high-velocity sectors of the economy, there are unprecendented new opportunities and careers that are emerging. Not only that, but constant innovation is critical, simply in order to keep up!

The velocity in the world of telecom is stunning. Just last week, I managed to upgrade myself to the new Blackberry Pearl. While everyone is ga-ga over the iPhone, one also has to look at the high velocity change occurring with other information devices. This new one replaced the other Blackberry I just received last April … and there is such a difference in sophistication, I think my old Blackberry is now from the “olden days!”

I quickly decided that I’d get a 2GB card for my new Pearl, so that I could load it up with tunes, and take it along with me instead of my iPod for some trips. (With 2GB, I can take about 500 songs.)

The Pearl also supports video playback. I wondered if I could get my own video on it. After all, sometimes I’m stuck in an airport, and rather than watching the endlessly droning doom of CNN on airport monitors, it might be nice to zone out with my own stuff, without having to drag out my laptop.

Looking at the Web site of my cellular provider, I didn’t find much help, other than a message stating it couldn’t “record video.” However, I have long realized that in the high velocity economy, those who actually sell the product often know less about the product than their customers do. It wasn’t surprising that they had no guidance.

Yet, it took me a matter of moments to find a Web forum where folks had posted all the specifications for encoding video onto a Pearl. Minutes later, I was busy transferring a number of Daily Show with John Stewart episodes from my PC over to the Pearl. (I grab a bunch of TV for the road, on one of my home office PC’s, using BeyondTV; it’s like a TiVO for the PC.)

What’s the key point to all of this? It goes back to a point I raised in this blog earlier: Your Customers are High Velocity: Are You?

In many markets, customers now know more about the product than the supplier does! That’s another reason why innovation is critical: today, for the first time ever, you have to work hard to keep up with the furious pace at which your customers are evolving! 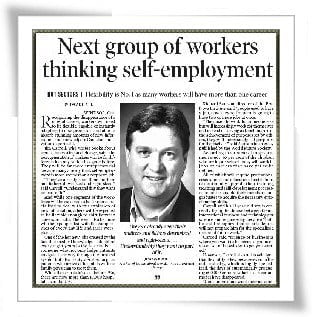 An article on my perspectives on the future of the career has run in a wide variety of papers across the country.

The full article can be found here in Adobe Acrobat format.

Some of my key observations, as quoted within the article:

The latter point links to the trend I’ve identified of the emergence of complexity partners, brand new careers (or entire organizations) which simply involve the management of complexity.

The article caught my comments on this particular trend:

All of these observations tie into my Trends Analysis, “10 Unique Characteristics of 21st Century Skills,” posted a few weeks back, and also available here. There are massive changes underway within the global workforce, which makes talent, not money, the new corporate battlefront. 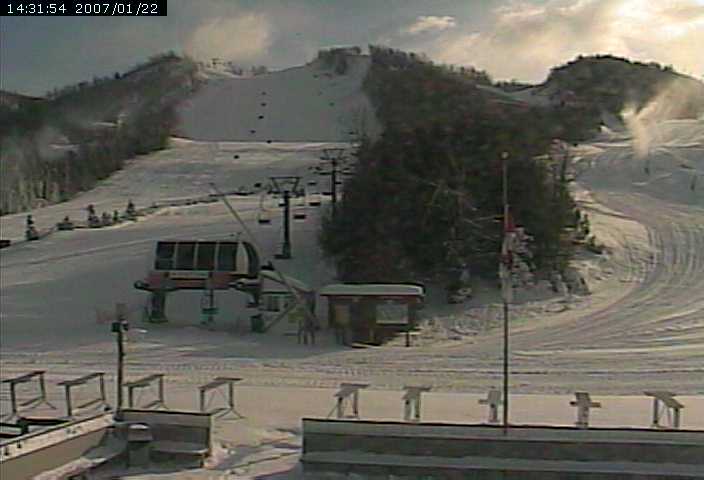 Right straight from 85F+ temperatures on the beach in Grand Cayman, to 0F on the shores of Georgian Bay — it was time to get back on the ski hills!

Over the weekend, I found that an interview I had with a newspaper reporter in Colorodo, on the future of skiing, has run in an article that has been carried throughout the US. There’s a copy of the article, “Technology has transformed skiing, and there’s more to come,” at the San Jose Mercury News, for example. The full article can be found here in Adobe Acrobat format.

One of the key aspects is that of merging work and life. Notes the article: “Imagine a skier from 50 years ago surveying the scene in a modern lift line. What would he think of iPods wired into jackets? GPS wrist units? Cell phones with cameras? Digitally scanned lift tickets? Polarized contact lenses designed to cut snow glare? PDAs that allow skiers to check in at the office while they’re on the lift? These innovations have shaped the sport and will continue to do so, believes Jim Carroll.

Carroll, a noted futurist who lives outside Toronto, Canada, says the concept of a work/life balance is a major trend that will continue.

He shares this story: “An engineering company was trying to hire this engineering student in British Columbia, near a bunch of (ski) resorts.

He turned their offer down. They called him back and were mystified. He said, “You talk about your 9 to 5 culture; that would mess with my powder time.” The way younger people define themselves has changed, Carroll says. “They don’t tell you what they do for a living, but what they do.”

Carroll sees a ski area in the future “with a lot more people hanging out at the hill with a little portable office, doing their thing.” 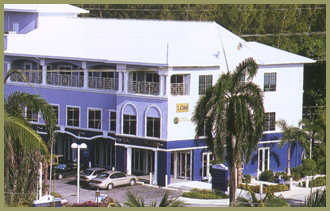 I’m now in Grand Cayman, one of the top five financial centers in the world, where I’ll be speaking to the Cayman Business Outlook this morning.

I’ll be taking a look at the rapid rate of change in the global financial industry — which is really going from fast to furious, given the confluence of a number of factors:

Here’s a trend to think about : Companies will soon be accessing needed skills from all generations: from bright, knowledge aggressive 15 year olds to active 80 year olds.

We are soon going to have the longest life-span economy that has ever existed. Preparing for that shift both culturally and organizationally will give companies a strong plan for dealing with the skills challenges of the future.

That’s but one trend I outline in my latest trends overview: “10 Unique Characteristics of 21st Century Skills.”

What people are witnessing right now in terms of the “skills crisis” is just the tip of the iceberg, and a key factor for future corporate success will come from how well the skills issue is managed. The war for talent in the 21st century is going multi-dimensional, because there are a variety of trends that are forever changing the nature, loyalty, accessibility, and half life of skills.

As skills become more specialized, everyone will find that they need to draw upon an increasingly global talent base, a reality that will demand new forms of collaboration, rapid human capital and project management skills, and deep insight into the effective utilization of those skills.

That’s why skills management strategies that focus on agility, insight, and execution will be critical. I have a number of keynotes focusing on the issue of global skills, notably one high profile presentation in Grand Cayman in two weeks. More to come…..