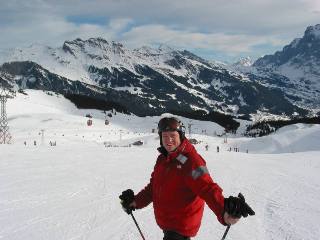 I do extensive travel throughout North America, and I find that finding a Wi-Fi / WLAN signal can still be hit and miss.

And yet everytime I come to Europe, it continues to astound me how the coverage is everywhere; there has not been a moment that I havent’ found a signal, whether it be with my hotel in Grindelwald or at the conference site.

And it’s industrial strength too — I’ve been able to use Skype on a regular basis to phone back home to my family without charge.

From what I’ve seen on several trips, European WLAN / Wi-FI providers continue to put their North American cousins to shame.

I’m off tomorrow night to Zurich; on Friday I will do a closing keynote for about 800 senior executives at the Swiss Innovation Forum. It’s a wonderful forum in which individuals will be exchanging ideas and views on how to cope in a world which is changing at a furious pace.

Details about the conference can be found here:

I can’t not go to Zurich and not ski the Alps, and so from Saturday to Monday, I’ll be skiing in the Grindelwald region south of Zurich.

It should be an experience!

Innovation isn’t just about new product development — it is all about looking at the way you operate, the business models you pursue, the markets you work within, the partners you seek, and the agility you put in place. I’ll share with the audience some innovation success stories that define different types of innovation, including:

Jim was the closing speaker for this prestigious international event. 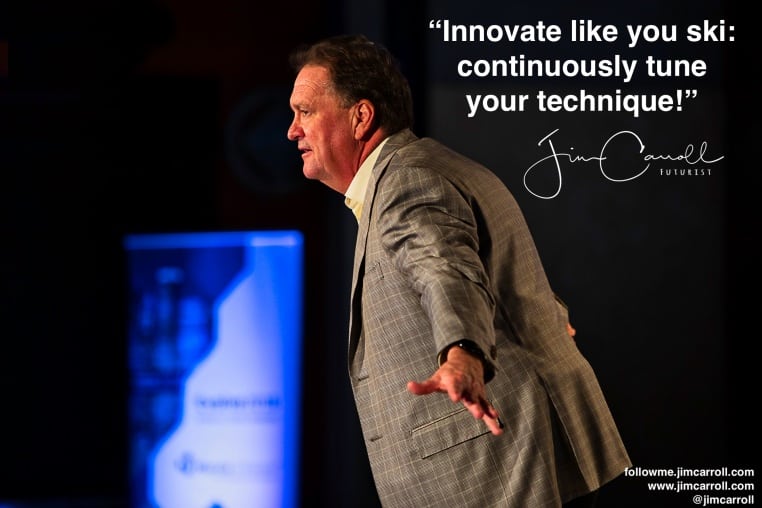 He encouraged the audience of 600 CEO’s and other senior executives to rethink the role and importance of innovation, particularly given the impact of globalization, rapid market change, and the rapid emergence of new business models.

I’ve just flown out west to do a dinner keynote for a major telecom company. I wrote an article on my way related to what I’ve been talking about within the context of this and related industries.

I opened the article with these comments: “If there are three keywords that should carry organizations and the people within them into the future, it is these: agility, innovation, and execution.

Based on the email response and media coverage, my keynote at the SCTE in Tampa yesterday caused a bit of a buzz. There’s an article from MultiChannel News (see below) that takes a look at my remarks.

A key message seems to be sticking: cable companies should not go to war with their customers.

Recently, exectives in some cable companies have suggested that they should be able to put a speed cap on emerging Internet services such as VoIP. Dumb: those who don’t understand history are doomed to repeat it. Look at what this strategy did for music companies.

No industry, including any company in telecom, entertainment, broadcast or tech, should choose to do battle with their customers. It’s a losing strategy. Plain and simple.

Whether telcos or cable will win market share in the future, he said, is the wrong question. Rather: How well will cable adapt and deliver platforms and services consumer want?

“You need to develop agility,” Carroll — author of What I Learned from Frogs in Texas: Saving Your Skin with Forward-Thinking Innovation (Oblio Press, 2004) — told an audience. “Innovation and invention has moved from the labs to the collective,” he added, citing consumer usage of portable music, video players and digital cameras.

He urged cable companies not to make the mistake the music industry did and go to war with their own consumers over how they obtain content.

“Customers will be pushing you for more choice,” he said, adding that future generations will want access to their video and audio content on many different devices. “TV is not a single-source medium,” he said. “There are multiple ubiquitous devices.”

Cable can provide those connections and help consumers to move content from one device to another, he added. At the same time, “the complexity of what you’re dealing with is increasing. No one cable engineer can know everything,” he said.

Carroll urged cable companies to develop partners for new and different technologies, as several top operators have with their recent joint venture with Sprint Nextel Corp. for wireless services.