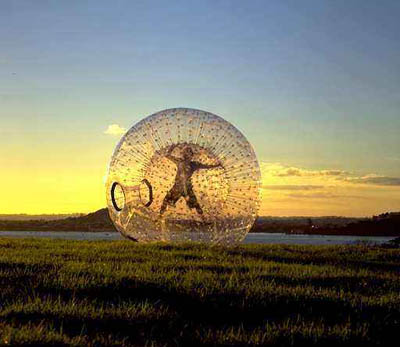 Back to work, and I’m off to San Antonio, Texas, to keynote the Property and Casualty Insurers Association of America Joint Underwriting/Marketing conference.

I’ll be speaking to them on the broad theme of the “future of risk;” what unique new risks might we face in society as we go forward. I look at technological, social, demographic, international, bio/health care issues, and a wide variety of other trends that are changing our ideas about risk.

In today’s high velocity economy, it’s all about rapid time to market balanced by appropriate underwriting caution. The insurance industry today is immersed in a period of unprecedented, relentless change; impacted by hyper-innovation, fast-paced technological evolution, the rapid emergence of new forms of risk, and increasing business market turmoil. Permanence has been torn asunder, as customers and business organizations empower themselves with information, and as underwriting decisions become ever more complex. In an era such as this, every insurance organization needs to ensure that they are are focused on the concepts of “agility, insight and execution.” The way to the future is clear: it’s no longer about simple risk management: it’s about having the flexibilty to adapt to rapidly changing circumstances; the insight to spot emerging new forms of before they impact the bottom line; and operational excellence in deployment of new insurance products based on sound, reliable underwriting. Join international futurist, trends and innovation expert Jim Carroll, as he shares his insight into the how organizations are focused on management strategies that focus on agility, insight, and execution.

I’ve done this talk for quite a number of organizations. What’s with the zorbing ball? One thing I talk about is how global connectivity is resulting in the more rapid emergence of extreme sports and extreme ideas, and we are witnessing a society that simply seems to take on new forms of risk quicker!

Zorbing is a sport in which you place yourself in a big plastic ball, and roll down a hill! The sport has gone global because of global connectivity: blogs, mailing lists, and web sites…..more connectivity means more rapid sharing of strange ideas!

Several people who have read this blog for a long time have commented that I seem to be a bit obsessed with skiing. I am!

And here’s the thing — I only took up sking at the age of 40! I decided at that point that it would be a pretty smart thing to do. And it is likely the smartest decision I have ever made: rather than a time of dark gloom, winter is now a time of bright opportunity! There’s hills to be had!

I’ve gone from being barely able to get down a to skiing some of the world’s largest resorts; last year, I was able to ski the Swiss Alps — and even blended that into a quirky little, self-absorbed video. I think that there is an important innovation message here: you can only innovate if you do things you’ve never done before! 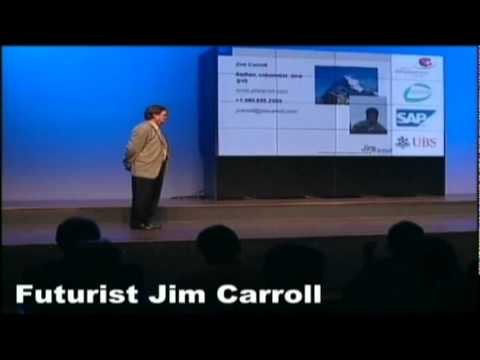 For the March break, I’m off to Big White, BC. When I’m not on the hills, I plan on reading the book The Story of Modern Skiing

by John Fry. I found out about this book after being called by a reporter in Colorado for my views on the future of skiing; the article that resulted ended up in newspapers in San Francisco, Colorado, Alaska and elsewhere. The article covers John’s insight and my own.

I will probably learn quite a bit more than I profess to know once I get through John’s book — he is the former editor of SKI, America’s oldest ski magazine, and is someone who has truly helped to define the sport. I also expect that I will continue to learn quite a bit more about how to ski — it is an adventure in which a rank-beginner-turned-intermediate can never stop learning!

If you really, really need to reach me, then send an e-mail!

I can’t promise you that you’ll get a rapid response; I’m not taking my Blackberry onto the hill! You will get a response within the day, though!

One of my regular columns focused this month on the issue of “hyperconnectivity.”

Quite simply, we’re entering an era in which almost everything is becoming plugged into everything else. For example, consider what is happening in the world of sports:

“I recently spoke to a group of CEOs of some of the world’s largest sporting goods manufacturers and challenged them to think 20 years down the road. I suggested they imagine a baseball bat — would it still be a simple, shaped piece of wood?

The bat of the future, I suggested, would have intelligence and connectivity embedded into it. The young uber-wired kids of 2025 could use that technology to analyze their swing. A backyard virtual sensor net could even feed the details to a virtual catcher 20 miles away, allowing them to carry on a dynamic, if somewhat impersonal, game of virtual baseball.

Far-fetched? Not at all. Scary? Definitely. The trend toward such embedded intelligence is extremely real. And, as I said to the CEOs, the future “isn’t bad, it’s just different.”

As this future unfolds, there will be tremendous opportunities for innovation: from the development of new products and services, through the redefinition of existing models, as well as innovative strategies to avoid market commoditization. If you want one trend to watch for the next twenty years, this is probably the one.

You should even consider what is happening with intelligent highway cones. …… which I also cover in the article…. 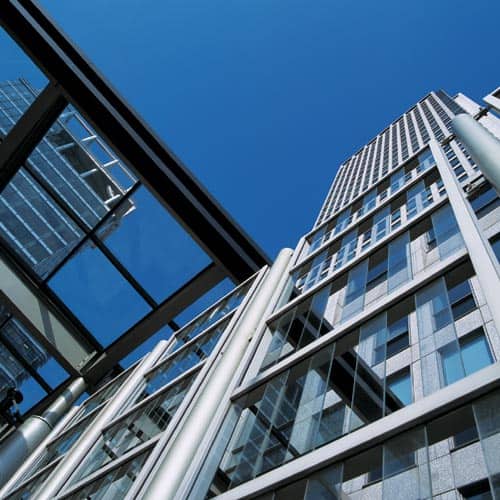 My keynote took a look at the major trends that will impact corporate banking relationships in the years to come. I also hosted a panel discussion featuring senior executives from Merrill Lynch, Zurich North America and US Bank, examining the broad theme of “how do we innovate in a world of high velocity change?”

What’s going on in this sector of the economy mirrors so many others, as we are seeing:

This event comes on the heels of my recent talk in the Cayman Islands, on the broad theme of globalization of the financial services industry.

Though I spend my time travelling the world with my innovation message, it’s nice to find some recognition at home. I’ve been living in Ontario, Canada, for the last 22 years, a region that has long been an economic powerhouse.

The economy here, like many others, has its ups and downs; and in going forward into an economy of rapid change, it’s the innovation capability that will make the difference.

The Premier of the province, Dalton McGuinty, has just issued his first Ontario Innovates newsletter; I’m interviewed within it. The Premier notes that “we’re living in an exciting era where ideas are springing to life faster than we can blink.” He goes on to note that “in today’s hyper-competitive global economy, “it’s not about the big overtaking the small. It’s about the fast overtaking the slow.”

I agree, commenting “We can be wide open to the world and participate in global opportunities, or we can retreat and hide away from it ….. I sense folks are dispirited, especially in smaller communities. It’s like they feel they tried it and it didn’t work. We need to remind people of what is possible.” 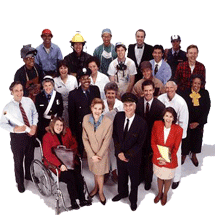 Last week, there was a common theme to my keynotes for the University of Oklahoma and for the national Blue Cross Blue Shield Association: “what’s happening with our workforce?”

There is an intense degree of interest amongst executives as to the extent of the looming skills shortage, how to retain and attract critical skill sets, and how to deal with the challenges of the next generation.

I’ve rolled this into an overall keynote topic: “What’s Happening With Our Workforce: Achieving Competitive Advantage Through Skills Agility.” In these types of talks, I’ve been taking a look at a wide variety of trends:

I’ve captured these thoughts on the workplace challenges of the future in a recent Trends Overview: 21st Unique Characteristics of 21st Centuries Skills, available here.

Given the number of calls that I receive, this is certainly one of the hottest topics for 2007!