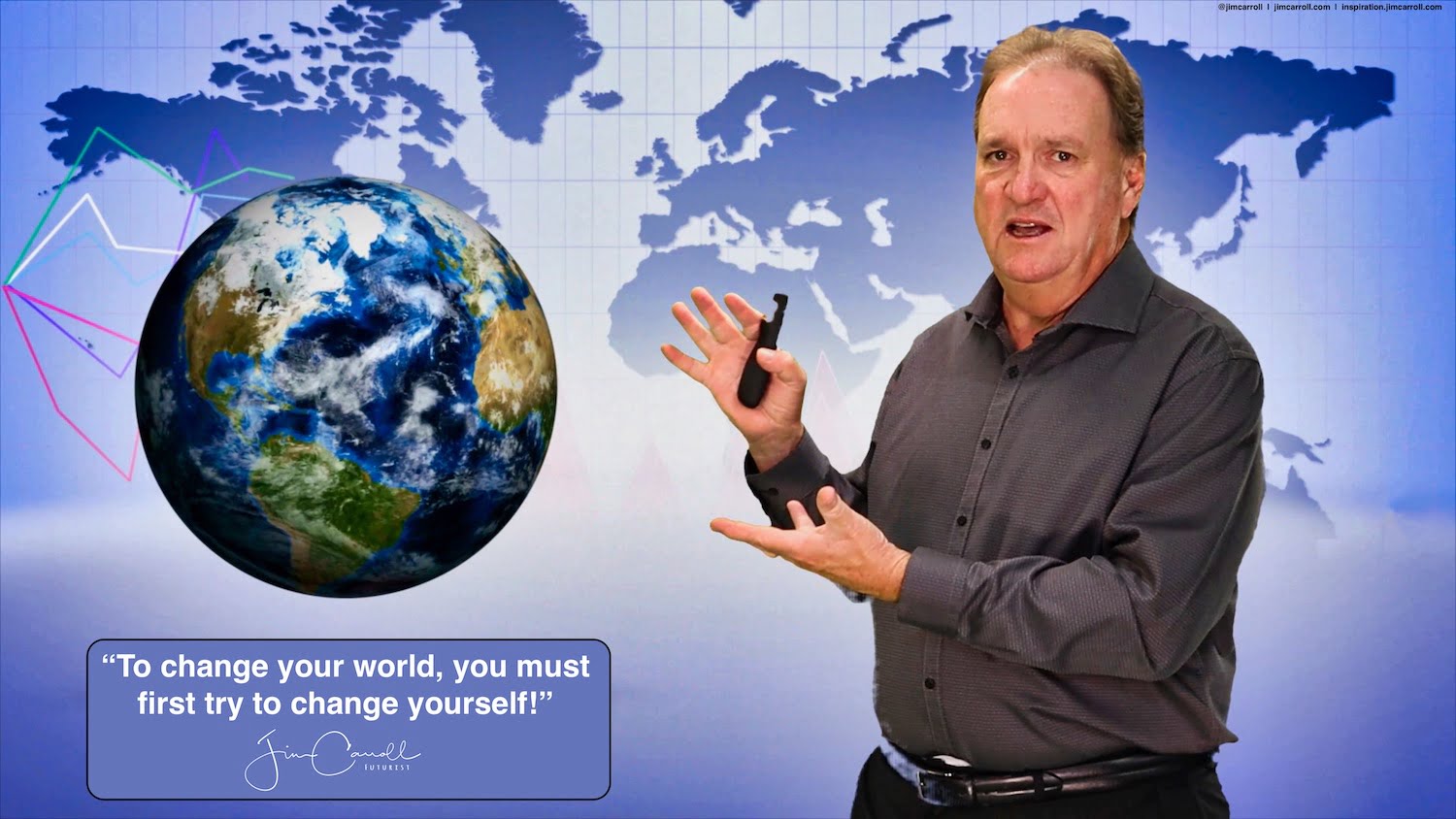 Nothing great was ever achieved with the status quo – it’s only by taking big bold leaps, pursuing the unconventional, or chasing the non-traditional that breakthrough thinking can happen. Because otherwise, you will become trapped in your conventional wisdom, a prisoner to your routine, a captive to your ordinary, a hostage to your normal.

Break free! Some of the most remarkable moments in your life will occur when you abandon the mediocrity of your pattern. Zag when people are zigging. When everyone is going one way, turn around and run the other way. When great minds think alike, think different! When a group around you is seeking a meeting of minds, tune out and drop out – find your own mind. It’s at the very moment that everyone discovers a trend you’ve come focused on for a long time that you need to move on to the next trend.

What happens if you don’t change yourself? One of the most bizarre trends in the world today has to do with industries and companies that – in the face of relentless business model change – try to maintain their existing reality rather than adapting to inevitabilities. They’d prefer that things stay the same, and sometimes resort to legal or regulatory measures to try to preserve the old, dead ideas of the past.

It’s happening with automotive dealer groups who are fighting the concept of selling cars online and in retail shopping malls, wherein Tesla and others are redefining the concept of how cars can be sold. It’s occurring with electrical utilities that are trying to use regulatory authorities to battle against the role of local community energy micro-grids, groups that generate their own power from wind, solar, and other renewable sources. It happened at speed with taxi and limo companies fighting back against Uber through regulation and laws – not by developing a better customer experience…..

The list goes on and on…. Indeed, we’ve seen such misguided attempts in the past – record companies tried to preserve an old business model of actually selling music rather than music subscriptions, and back in the day, funeral homes tried to prevent this sale of caskets via the Internet. The idea was – if you pardon my pun – dead in its tracks.