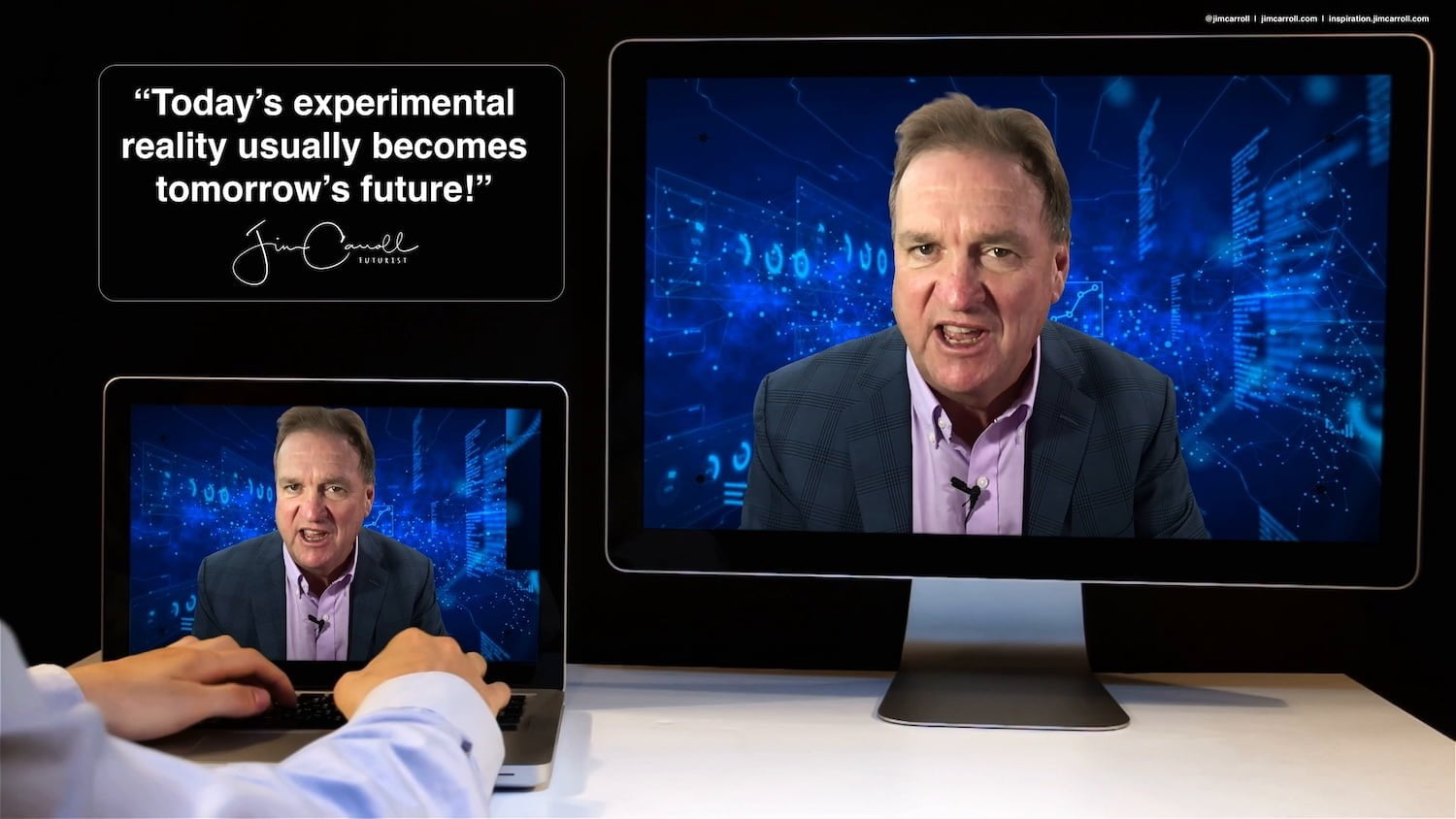 Today’s photo? It’s a screenshot from a small little video I did for a client yesterday in my home broadcast studio. Going forward, I’ll be continuing to do a lot of customized work from within the space I build as a result of Covid.

Practical experimentation in action! With that in mind, I’m a big fan of the X-Prize Foundation. If you don’t know it, you should. Established by a group of Silicon Valley entrepreneurs, academics, and others, its goal is to foster the pursuit of big dreams and bold visions. It’s pretty much the impetus behind many of today’s major trends, including self-driving car technology and autonomous vehicles, the privatization of space, and currently, rapid Covid testing.

In my own case, my attention was caught by the Tricorder challenge – build a small, handheld medical diagnosis device that would mimic what was seen in Star Trek. The challenge became a part of my stage presentation back in 2011 when it was announced, right up to and beyond the global pandemic. For years, I mimicked the idea on stage, and then for a time, used the Scanadu Scout, a small device that was one of the entrants in the competition.

The crowdfunded effort lost out to another organization, but the darn thing worked, taking my blood pressure, oxygen level, pulse and EKG simply by holding it up to my temple. I’d often build this into a story on Spock, Star Trek, the Jetsons – and how our future was arriving faster than we think! Here’s a moment where I’m on stage with hundreds of sporting industry executives, aligning them to tomorrow’s reality.

Today? We are now witnessing a flood of new, small, medical monitoring and diagnosis devices suitable for home use, and the medical and healthcare industry is slowly architecting itself to align to their potential. The most important aspect? They get people far more involved in their own health care circumstances – which is a good thing.

Initiatives like the X-Prize abound – and they’re wonderful because they spur creativity, accelerate imaginative thinking, and encourage the pursuit of bold goals and big ideas.

And yet, these types of innovations don’t need to occur just with established programs like this – they are occurring around us each and every day with those who tinker with technology, explore their experimentation, and innovate within their industry.

Right now, the story goes, there is probably someone fooling around in their garage with some small idea that will become the next big thing.