Home   >   Uncategorized   >   Daily Inspiration: “The world is changing fast. But you can be faster!”

Daily Inspiration: “The world is changing fast. But you can be faster!”

“The world is changing fast. But you can be faster!” – Futurist Jim Carroll 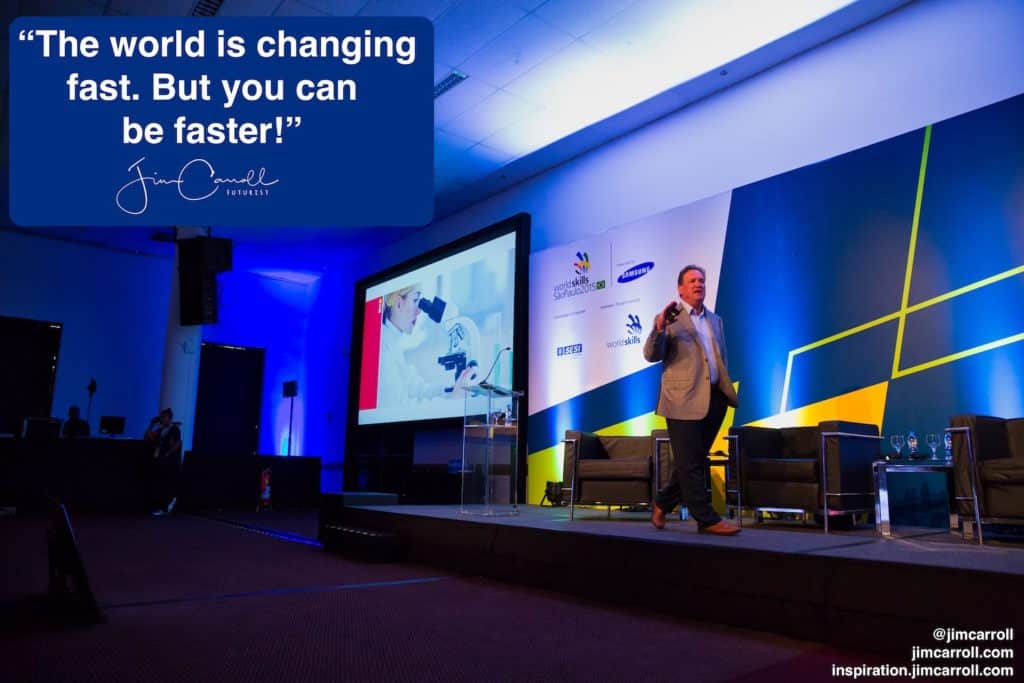 My tag line in my old stage life used to be “the future belongs to those who are fast!” and that we need to “think big, start small, scale fast!”

While those are a key part of my message today, I also believe I need to step up the urgency of the message a little with this phrase: “The world is changing fast. But you can be faster!”

Those of us who are realists know that there is no “return to normal” and “life as it was before” for a long time. Wish as some might, there isn’t a magic switch somewhere that so-called leaders can flip to “turn the economy back on.” It’s not going to happen like that. For me, I accept that I likely won’t be on a real stage for a long, long time. That’s sad – but it’s also real. And so once again, I must reinvent my future.

(And, and for the delusional, the insane, the gullible, the idiots, it’s not true that Elvis and Tupac created #COVID19 on the grassy knoll under the direction of Biggie using Area51 5G technology as part of some grand, sweeping effort to plant a plandemic chip inside your brain. I’m sorry. Get a clue. Or, get a life.)

Our future? There is only hard work, reinvention, new knowledge, skills, capabilities, determination. And the key thing is, to do that, you need to pick up the speed, because the pace of innovation out there right now is simply stunning. I have never witnessed anything like it.

For me? That’s my mindset, and so my basement studio is my new happy place as I focus on reinventing my future. Like I said, I’m hanging out there for a time.

I tried to capture these thoughts early yesterday morning to thank a group of people for providing me with the insight to move fast. With that in mind, I decided to write a letter of gratitude to this online Facebook community, in which other people who are busy reinventing their own future through an online broadcast, are hanging out. 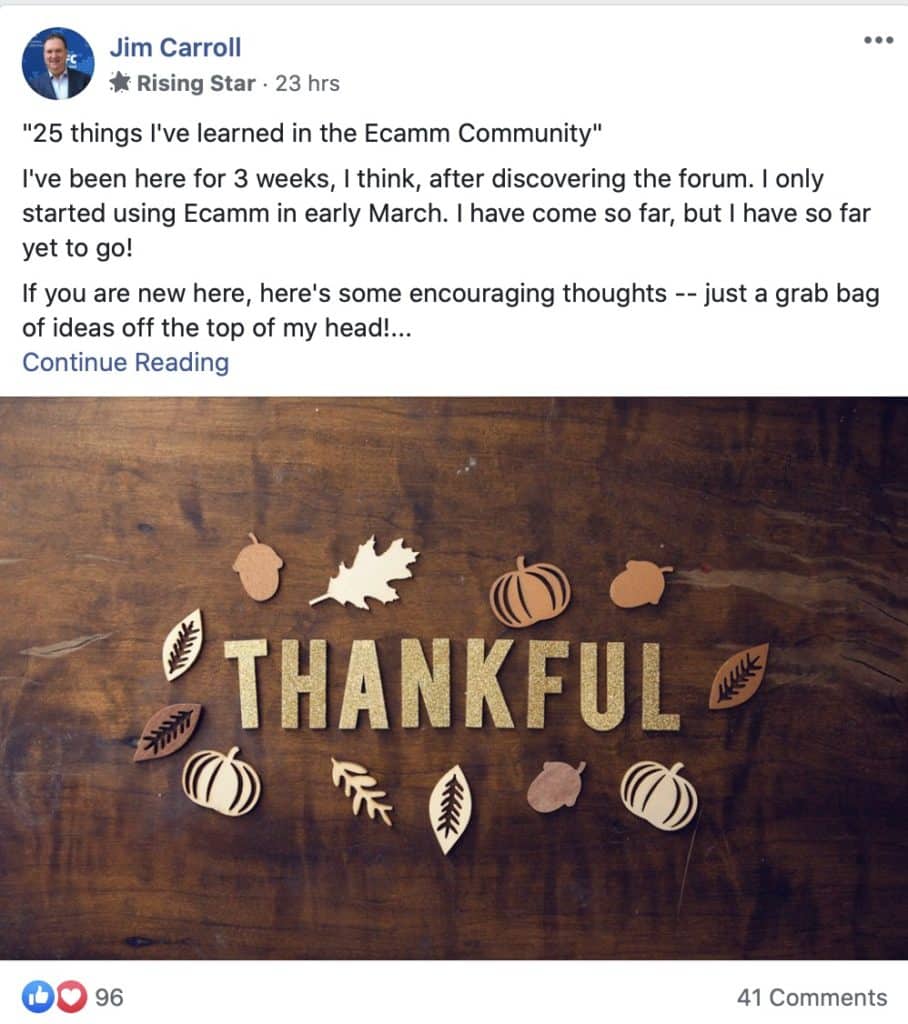 It seems to be going somewhat viral within the community – with lots of comments, thank you’s and likes. It resonated with these folks – DJ’s, musicians, speakers, hobbyists, comedians, topic experts. Anyone who used to have an audience, congregation or groups of people in the old world, but now find themselves in a similar circumstance.

I even had a Minister film a short video clip from him home to thank me, and the software developers. That had an impact!

My post had an element of speed to it – move fast, try it out, make mistakes, learn from it. All the typical comments of ‘moving fast, breaking things’ found with many Silicon Valley start-ups. And I marvel of what I’ve learned in a mere 4 weeks of online broadcasting, much of it coming from the insight within this group.

There is no time to waste as entire industries, businesses, governments and people race to redefine their future. You can choose to be a part of it, or not. But the implications of pursuing a path involving the latter means that you are guaranteed to fall behind.