Home   >   Uncategorized   >   Daily Inspiration: “The new rule for the future? We might not know exactly where we are going – but we sure are making great time!

Daily Inspiration: “The new rule for the future? We might not know exactly where we are going – but we sure are making great time!

“The new rule for the future? We might not know exactly where we are going – but we sure are making great time!” – Futurist Jim Carroll 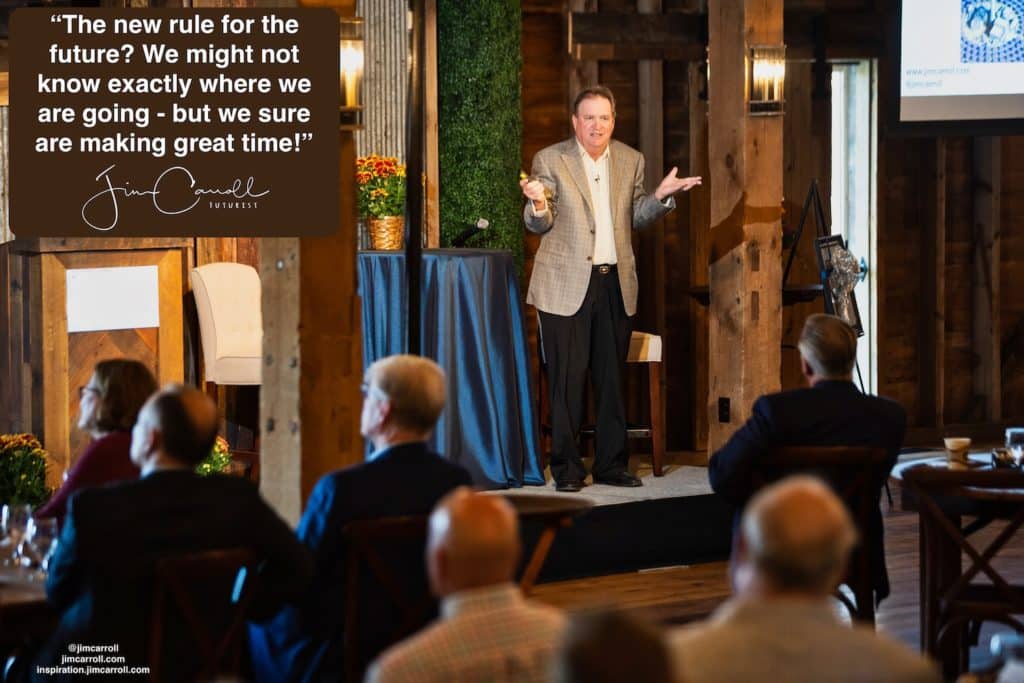 Uncertainty is the new certainty, fuzziness is the new clarity and velocity is now the great equalizer.

Companies are finding that the future is colliding with them at now staggering speed – those that are in survival mode at least. Restaurants have had to shift to take out orders and grocery fulfillment in an effort to survive; retailers have had to master more about e-commerce in the last six weeks than they have had to in the last 20 years; manufacturing organizations with 3d printing technology have had to learn what it means to prototype rapidly as they shift to medical supply production.

What was once unthinkable in terms of fast speed now seems to be the new average velocity. I was thinking about that yesterday when I noticed a stack of my most recent book on a shelf in the home office – “Think Big, Start Small, Scale Fast!”

Released back in mid-January, I was pretty excited for the launch of the book – and then this ‘thing’ hit the global economy. It has pretty much disappeared from the radar.

The title is based on the closing instruction I would provide to my audience on the stage, and I could tell by the social media comments and feedback that the idea resonated with a *lot* of people as a structure for moving forward. Think big – we need bold ideas to deal with big challenges. Start small – move fast and break things. Scale fast – learn now to grow it once it’s ready. The idea worked.

Is the idea still valid? Probably more-so than ever before! We’re in a new era in which the speed of some of the trends, demands and requirements upon us have accelerated to an unprecedented degree.

It’s our ability to ingest those trends and turn them into opportunity that will truly define our future!