Home   >   Uncategorized   >   Daily Inspiration: “At this very moment, someone is busy with an idea, busy inventing a future, that will have you looking back in five years and saying ‘Wow!’”

Daily Inspiration: “At this very moment, someone is busy with an idea, busy inventing a future, that will have you looking back in five years and saying ‘Wow!’”

“At this very moment, someone is busy with an idea, busy inventing a future, that will have you looking back in five years and saying ‘Wow!’” – Futurist Jim Carroll 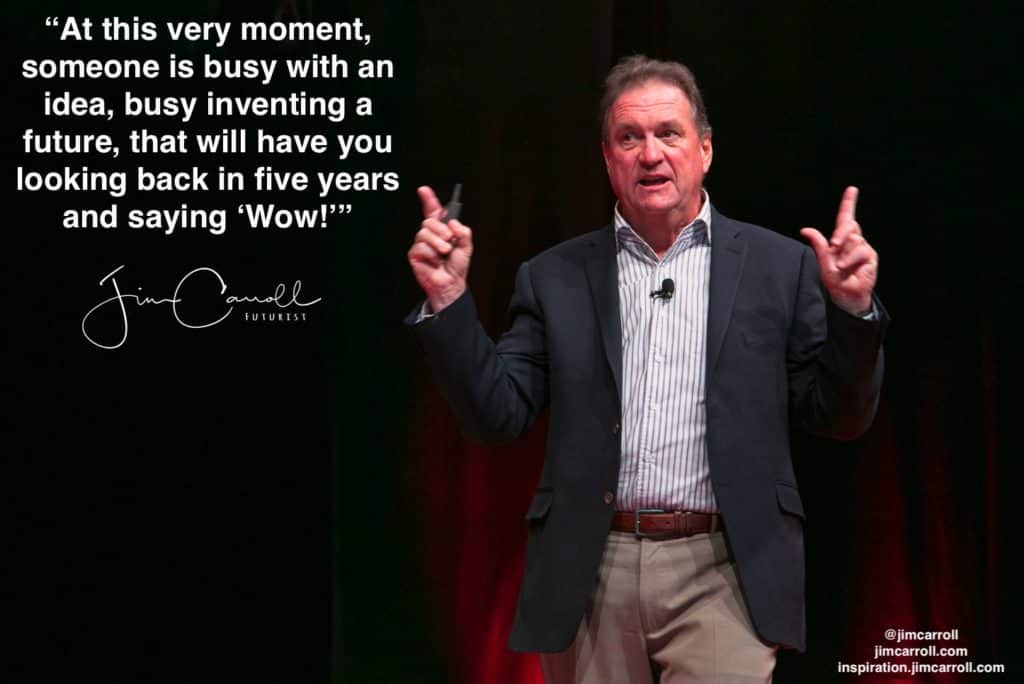 We might not yet know what it is, who designed it, what was the basis for their idea – or what it actually might be.

But it’s out there, and it’s happening right now. And the fascinating thing is that there is more than one. Right now, at this very moment, millions of people are choosing not live by the big scary headlines of this very moment – they are busy writing their own future headlines. Should you join them?

Youtube was launched just a bit of time after the great dot.com collapse of 2001. Many people were convinced that the great technology innovation cycle of the 90’s was over – we had an economic collapse. They thought differently.

Walt Disney began his epic voyage during the Great Depression. He didn’t let economic calamity shut down his idea machine. FedEx? It appeared shortly after the 1971 downturn – the era of 21% interest rates and massive future gloom. WhatsApp, Uber, AirBnB and GroupOn were launched after the economic meltdown of 2008 … I guess they didn’t get the memo that the future was over?

Many well known companies began during a downturn. Others relaunched during an era of uncertainty – Apple began its meteoric rise to change the mobile, music, entertainment and computer industries that began during the massive downturn of 2001-02.

Innovators don’t hold back their ideas during eras of great uncertainty. They aren’t blinded by the fear that surrounds them right now, but by the future they see tomorrow.

That’s the attitude that you should take into each and every day at this very moment – because, wouldn’t it be better to join them, albeit in your own way?