Daily Inspiration: “When the world you know undergoes a seismic shift, it is your duty to shift with it!”

“When the world you know undergoes a seismic shift, it is your duty to shift with it!” – Futurist Jim Carroll 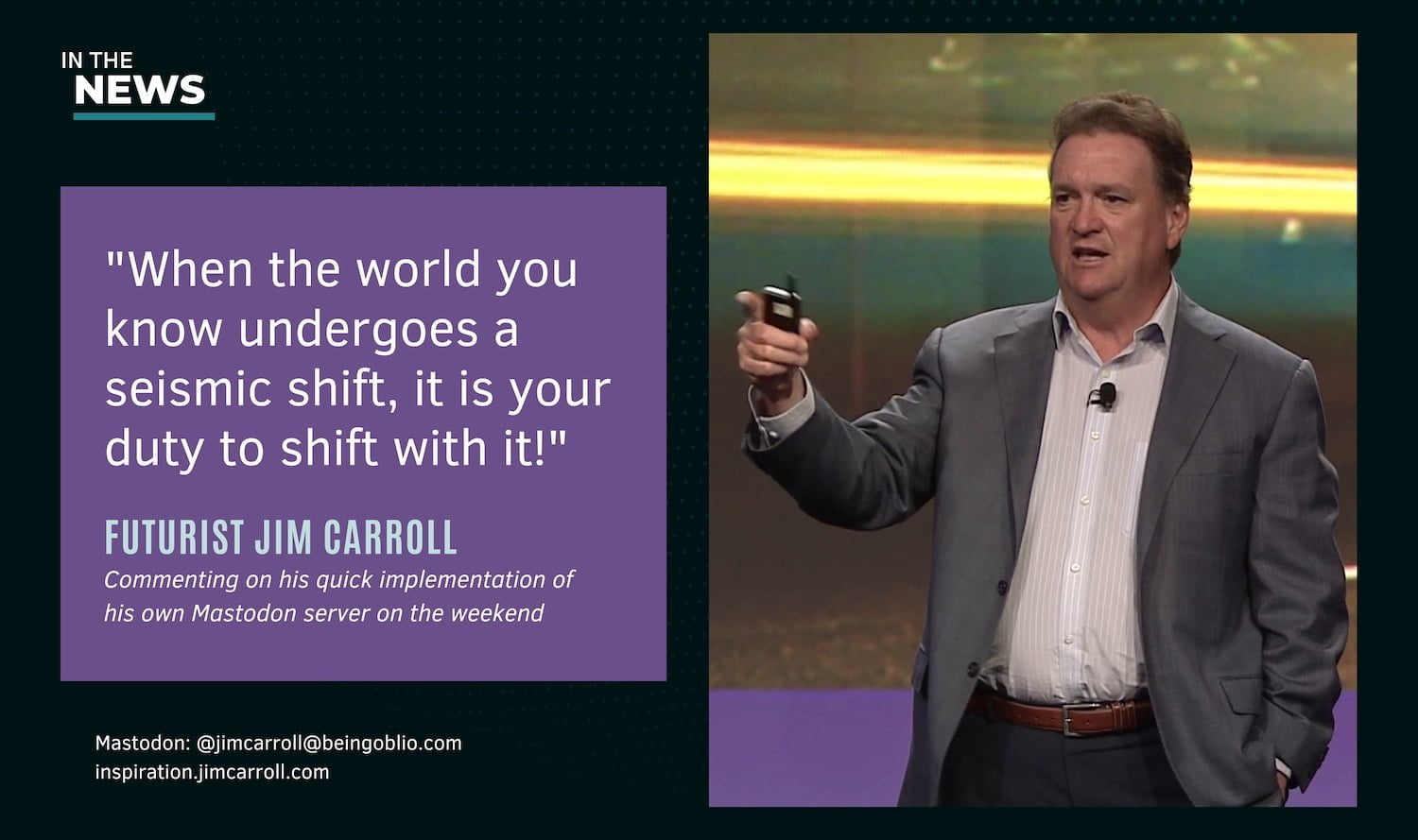 The widespread and sudden adoption of a common computer protocol drove the opportunity for the rapid emergence of a massive connected network of millions of worldwide computers. As a result of this, or perhaps driven by the trend itself, the idea of the Internet suddenly exploded into public consciousness, after bubbling along quietly for years. The result forever changed the world – and changed the trajectory of the future for millions who saw the opportunity in what was happening  In but 5 years, billion-dollar companies were established, new careers were launched, disruptive ideas emerged, and new technologies were invented. Futures changed – it was seismic! In my own case, I suddenly became a bestselling authority writing about the trend, and in but 8 years, has authored 34 books with my co-author  – and sold a million copies!

That’s what happens when you see a seismic shift.

As the sophomoric antics of the world’s most immature-but-brilliant CEO cause question many to question his very sanity, millions are coming to question the reliability of what is not just a powerful communications tool but a critical one. Twitter is used for the social exchange of information, both good and bad. But it is also a societal infrastructure – emergency responders use it to communicate during disasters and uprisings, shootings, and wars. Health agencies use it to communicate critical information; companies have come to rely on it as the gateway into their official voice. All of that has been thrown into question with the goings-on; I believe Twitter has been forever damaged as a brand, and even if it survives as a technology, it has had its moment. Musk? I was a big fan. Today, like millions, I’m appalled by his actions.

In the last week, it has become clear to me that the very real, scalable, and potential replacement technology known as Mastodon is having its 1993 moment. Already 8 million strong, the loose conglomeration of different servers is growing at rates that parallel the early days of the Internet; apparently, 100,000 people joined the network on Saturday alone. Yesterday? Given the latest announcements by Musk, probably many many more.

While walking in the glorious moment that was a snowstorm yesterday morning, I decided to put my thoughts on Mastodoon into a video: 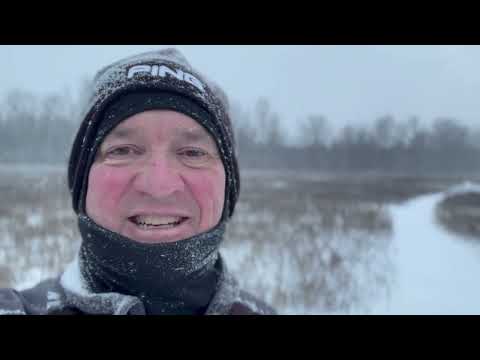 When the world sees a seismic shift, you need to decide to shift with it.

With that in mind, I decided I didn’t just want to join Mastodon to understand it. I wanted to dig deep into it to really understand it – and so I ‘built’ my own Mastodon server. Non-techies won’t understand what that means, but the geeks in my audience will. This means I can look under the hood, so to speak, kick the tires, learn how it might scale, and understand its real potential for the future. You can’t understand the technical aspects of the future unless you totally geek out with the tech that will get you there! So I geeked!

And by doing so, I’ve come to realize in the last 48 hours that the world is truly in the midst of one of those seismic shift moments. Mastodon will come to eclipse Twitter; the moment is there, as is the architecture and methodology. But it’s not just a technology thing – I believe that yesterday morning, 100 million Twitter users woke up and thought to themselves – “How do I join Mastodon?” They are repelled and appalled by the fact that the collaborative network they knew is not just at a moment of technical risk – it is at a moment that it will tip into a cesspool of putrid hate.

Mastodon? It’s not just the technology – it’s the idea! That’s what happened in 1993.

I joked online the other day – how does one become a billionaire in but two years?

One way – take $44 billion, buy Twitter and do stupid things. Or, take $100 million dollars, and invest it in a company that will quickly scale up your own Mastodon infrastructure to get those 100 million people and companies online. That’s what ISPs (Internet service providers) did in 1993. Right now, there are probably a bunch of really smart people in the proverbial garage who have realized that this is a MOMENT, and they need to be a part of it.

It’s all right there.

And if you are reading this, I think you want to be a part of it.

When you get there, toot me! (Ya, that’s what it’s called!) I’m @jimcarroll@beingoblio.com.

Do it now.  Quickly!