One Year Ago Today: I Spent 2 Hours in Shock. Then, I Started to Reinvent. Did You?

And so there it is! 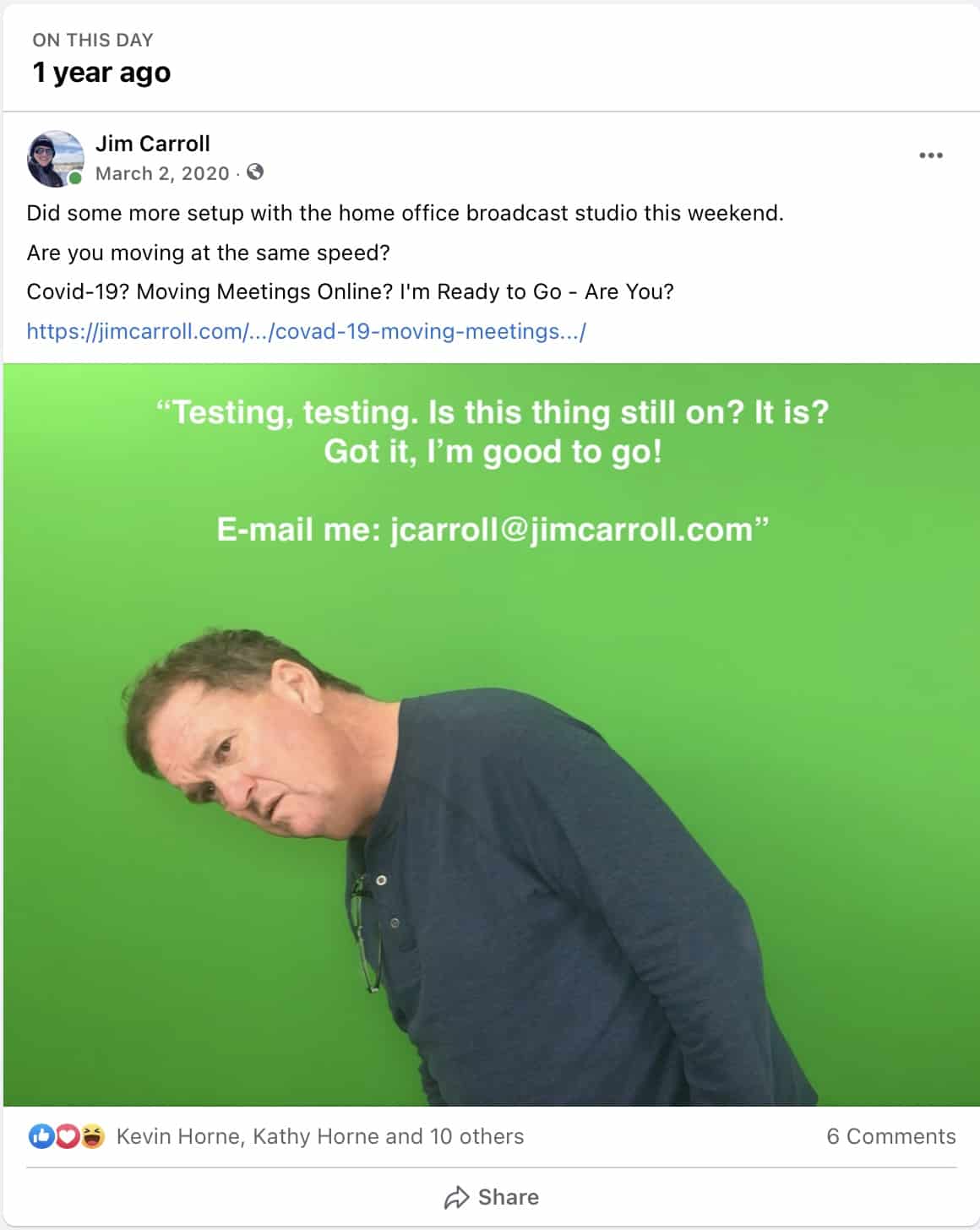 One year ago today, it was clear that my universe was shifting – my keynote life on stage in Las Vegas and elsewhere was coming to an end for quite some time, and that I had to reinvent FAST! Facebook and Cisco had just announced the cancellation of their annual users’ conferences – the reality of the collapse of the meeting industry was clear.

I’d been watching the signs already for a month – this was confirmation.

I remember that I grieved for about two hours that day – and then decided I had to move to the ‘Acceptance’ stage of the 7 Stages of Economic Grief.

I already had a green wall for the pre-event videos I was filming and producing with my overseas producer – and yet, on that very day, announced that I was ready to do virtual – because I was!

I even announced to the world that I was ready in a blog post – even before other people knew that the old world was over for a time! It’s kind of fun to read one year later.