Daily Inspiration: “Dream BIG: Because if you can think it, you can do it!”

“Dream BIG: “Because if you can think it, you can do it” – Futurist Jim Carroll 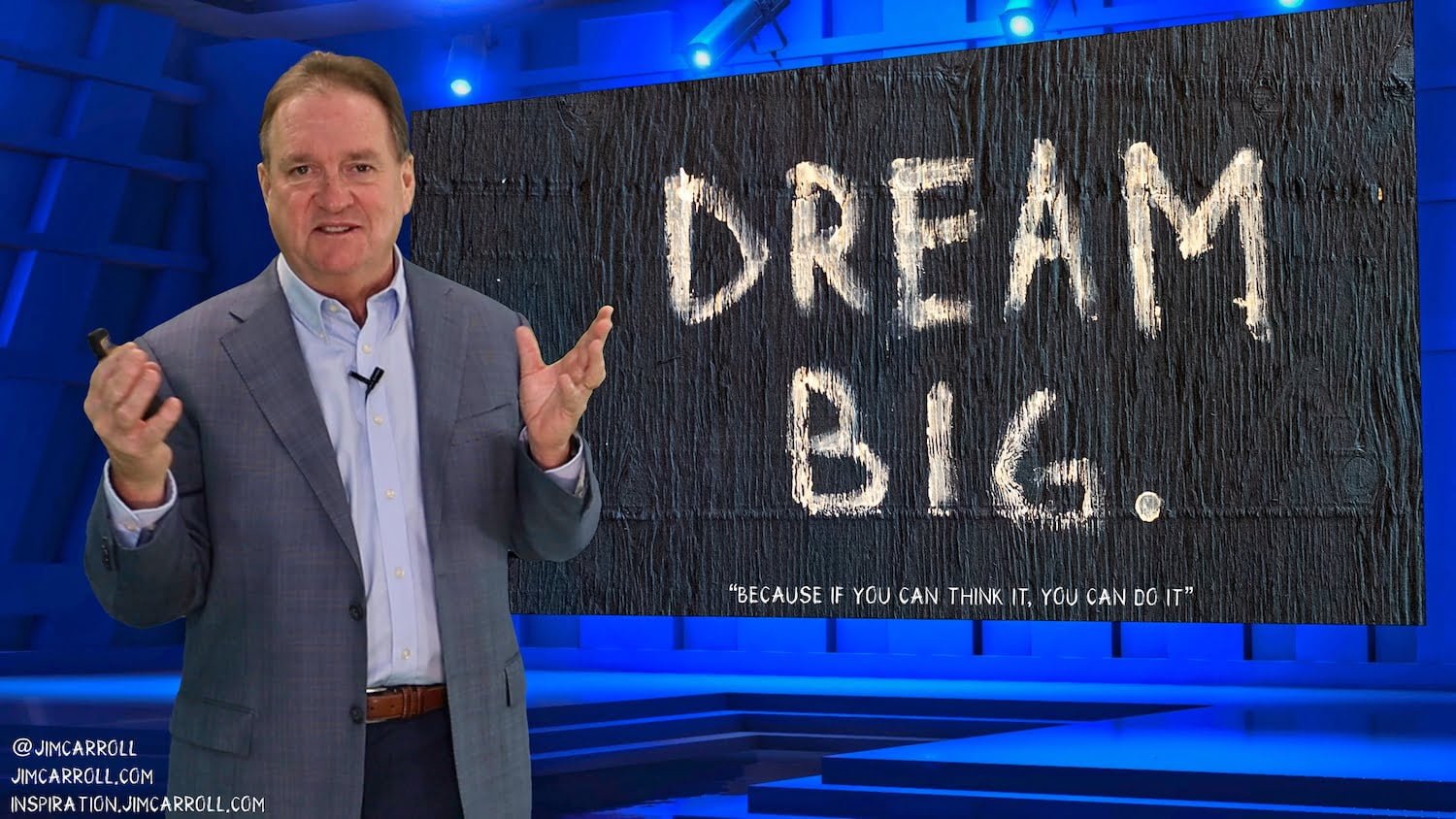 Because it’s by thinking small you’ll be small!

I had the idea in my mind for this quote this morning, . I eventually found the “Dream Big” sign on a photo by a fellow named Randy Tarampi over on Unsplash. It’s a fantastic (and free) stock photo service that contains some of the best images you might ever find on the Internet. Thank you Randy!

It seems trite to advise people to ‘think big,’ yet as a futurist, I’ve come to realize over time that this is one of my core responsibilities. Far too many people live their lives without chasing that moment in which their dreams for the future outweigh their fear about how to get there.

Just a few years ago, my oldest son was having an early career crisis – he was stuck, working for a small GIS firm, processing data, doing nothing really exciting. He had creative energies inside of his soul, a hankering to pursue a passion, and an idea that some might consider too new to pursue. Inside his soul, he knew that drone technology was evolving fast; that a new industry was being born; and that opportunities were emerging quickly.

He wanted to be a part of it, carving out his own path. Perhaps he had been listening over the years as I spoke incessantly about the rapid emergence of new careers, and the example I always used of a ‘location intelligence professional.’ People who used the opportunity to capture information in and different ways to interpret the world around us in new and different ways.

A number of years ago, he left that dead-end job and established a small drone company, determined to build out his dream. Things have evolved – today he is busy establishing a drone division for a major company in the construction industry that launches them firmly into the future of this exciting new industry.

He is living big dreams, thinking big things, and having the time of his life. I could not be a prouder dad!

What would have happened if he was stuck in a loop of small, unable to chase his ‘big?’

I did the same 40+ years ago when I bailed on a future career path as an accountant to chase this thing of global Internet connectivity. I shudder when I think of what it might be like to live a life in which you only lived your small dreams.

Dream it. Do it. Now. Because you can.