Home   >   Covid-19 & Moving Forward   >   Daily Inspiration: “Our future? It now has us being continually confronted with a new, confusing abnormal!”

Daily Inspiration: “Our future? It now has us being continually confronted with a new, confusing abnormal!”

“Our future? It now has us being continually confronted with a new, confusing abnormal!” – Futurist Jim Carroll 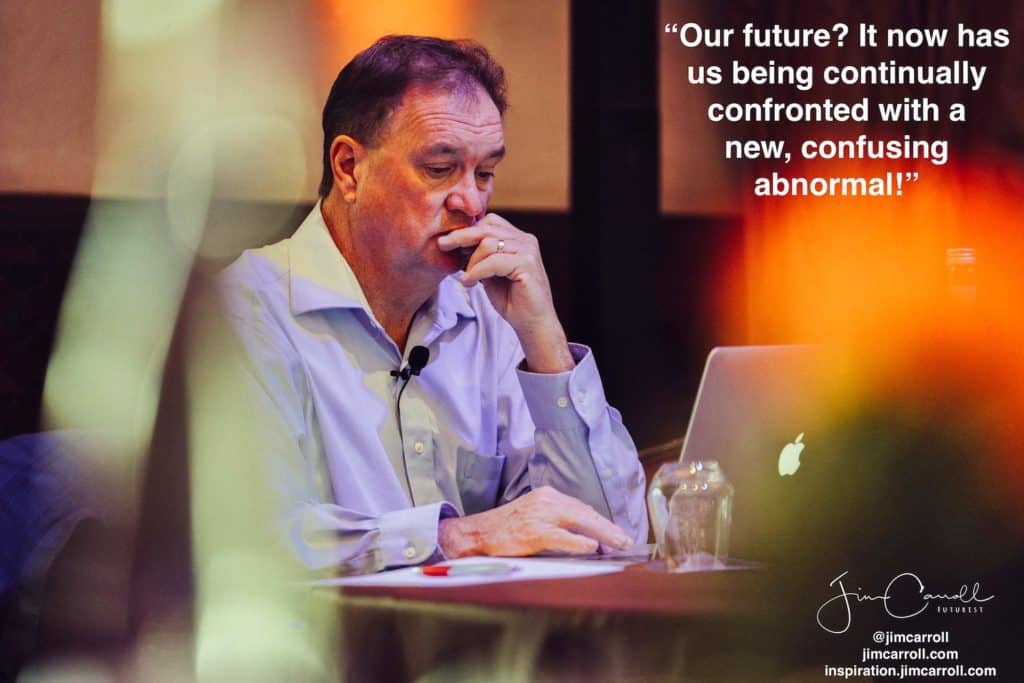 This photo was taken moments before I hit the stage for my keynote for the World Bank / International Finance Corporation in Marrakech, Morocco last November I was just checking some notes I had typed in the night before around some context on my talk. It seems like a different world and a different time!

A confusing abnormal? Somewhere along the way I saw a quote about the ill-fated 737Max, and a comment that “Boeing built an airplane that confronted the pilots with a confusing abnormal.” That, I thought, defines our reality today!

There’s not much that makes sense anymore. 40 million unemployed in North America and hundreds of millions worldwide, and yet the stock market is booming. Supply chains are in disarray, agriculture is in turmoil, manufacturing methodologies are being massively disrupted by new social distancing protocols – and people think in just a few months, everything will be ok. Healthcare systems are on the brink with a real, not imagined decrease in life expectancy as a result of care avoidance for many traditional health care risks – and yet politicians are eager to decimate existing healthcare coverage.

To top it off, a culture war in which freedom seems to be defined by your complete disrespect for those around you through ignoring sound scientific advice with respect to mask-wearing.

“Freedom is the freedom to say that two plus two make four. If that is granted, all else follows.”

In the context of these changes, there is a new reality in which a once great nation has become a terrifying global laughing stock, with the rest of the world watching in abject horror as the insane policies of a madman and his cult members follow a path of maximum destruction. Leadership which can not yet quite grasp that when it comes to desire and science, science always wins.

This, my friends, is an actual news headline: “We shouldn’t presume that a group of experts somehow knows what’s best.” 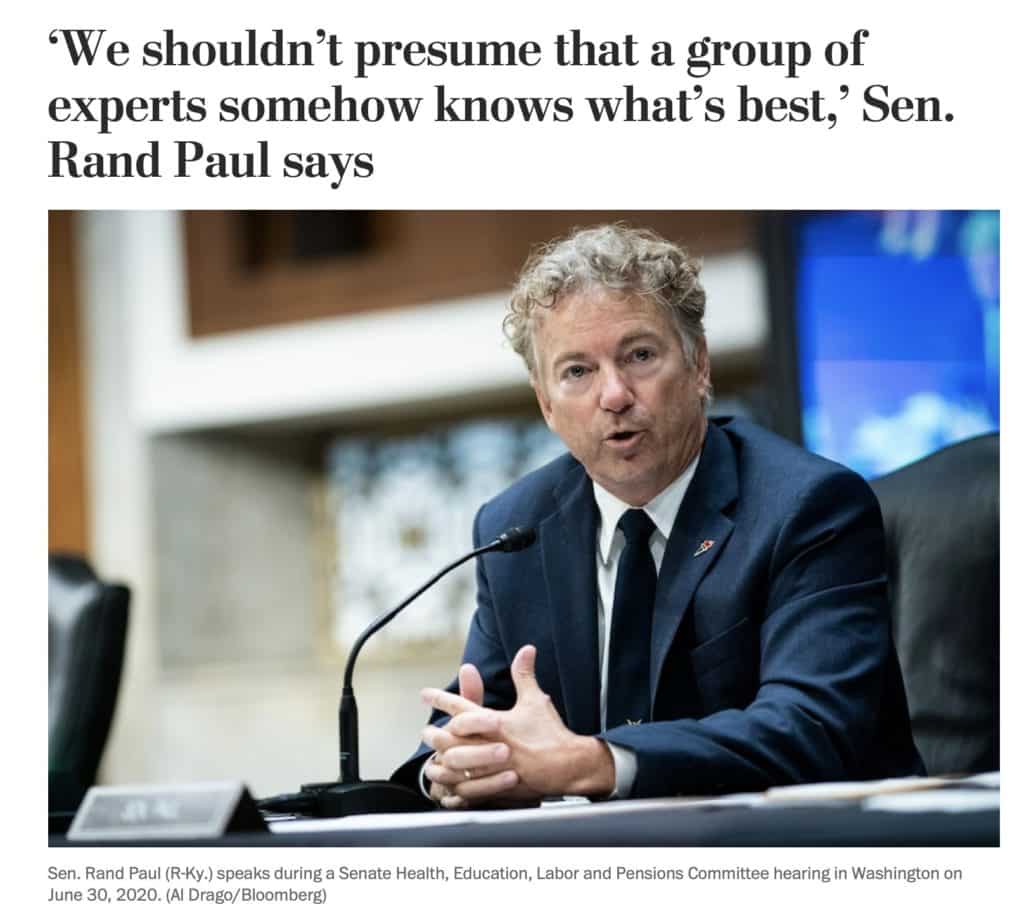 We have truly entered the twilight zone of peak idiocy – because, experts, well, they aren’t.

When history is written, people will wonder how a nation could fall so far, so fast, based on a platform of lunacy!

And yet, the stock market is up, hitting almost record territory, as investors are giddy with the idea of a V-shaped recovery. Give it a few months, they think, and everything will be back to normal! I regularly hear people speak of the magic of a vaccine as if it is imminent, and all of this will suddenly end. I witness people online who proclaim that they are just tired of it all and want to just get back to normal – as if their mere statement of this wish will cause it to happen.

Reality? This ‘thing’ is going to take years and years to unwind, a massive effort to fix, and herculean efforts to re-engineer society, business and industry.

We live in interesting times.