Daily Inspiration: “..everything changes. A good example? Driver education shifts from ‘how do I drive a car’ to ‘how do I use a car?”

“In the era of autonomy, everything changes. A good example? Driver education shifts from ‘how do I drive a car’ to ‘how do I use a car?’” -Futurist Jim Carroll 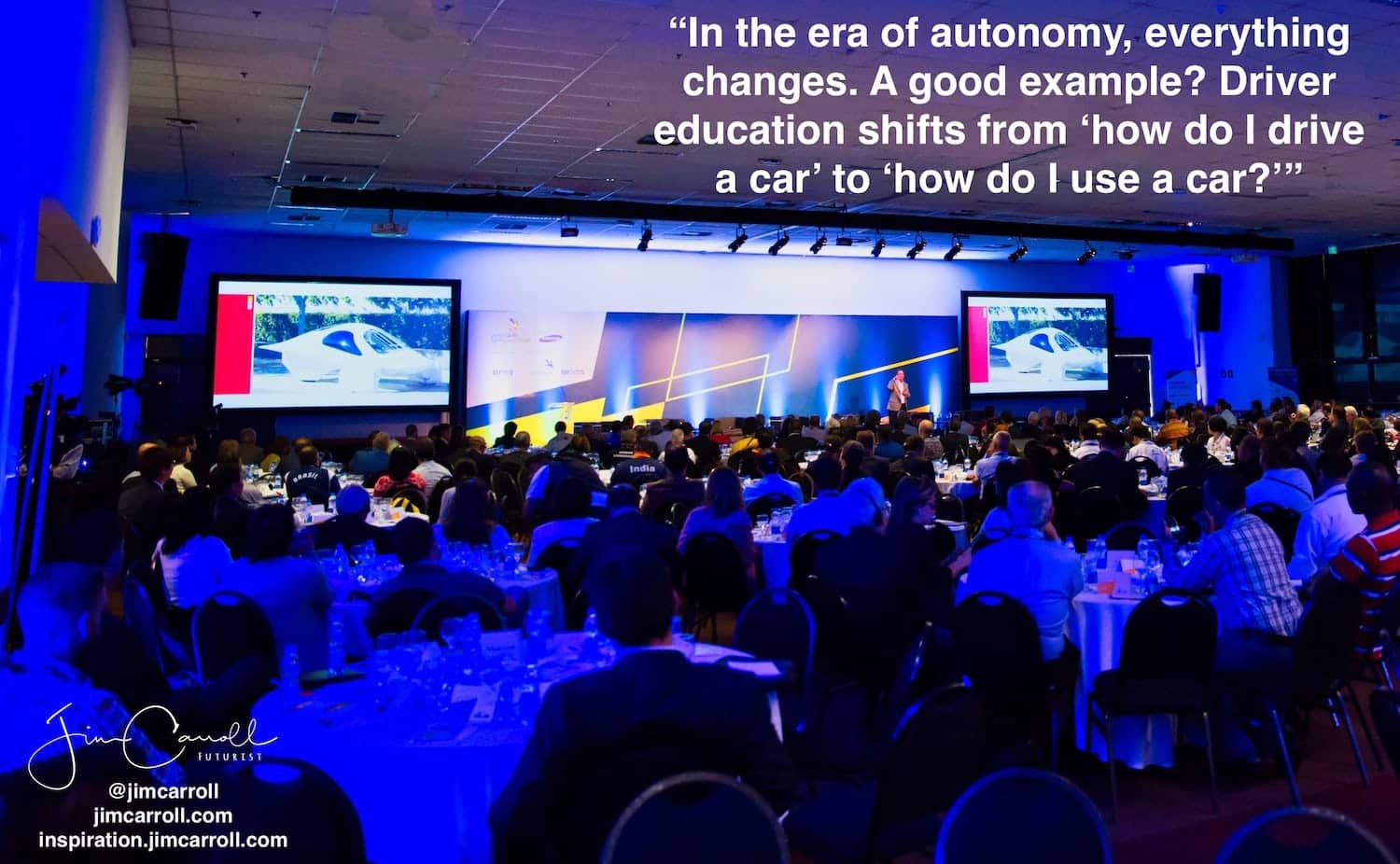 A few years ago, I wrote the blog post: “54 Things You Haven’t Thought About with Self-Driving Cars,” a list of things we might see come about as the very essence of what an automobile *is* undergoes a dramatic change:

The Story Behind the Picture: “You Don’t Know What You Don’t Know: 54 Things You Haven’t Thought About with Self-Driving Cars”

It’s an eclectic list of observations, well worth your time, as it will get you thinking about the scope and impact of the changes underway in one of the world’s largest industries.

I was thinking about that post on the weekend as the Internet was flooded with video of people learning how to use the new Enhanced AutoSummon feature on their Tesla vehicles.

It was a software update rolled out that included the future of allowing people to have their car automatically come to them from a parking lot, unassisted, by giving a command on their smartphone.

It looks simple enough and works quite well, but what really struck me is not just the technological advance that has occurred, but the fact that it is another example of how the very nature of the world we live in is undergoing a change. The way we live, interact, learn and adapt is undergoing a fundamental change.

With that, the phrase in todays’ quote popped into my head.

That’s a pretty big change, and it is occurring everywhere.

A worker on an assembly line, working in conjunction with a variety of cooperative robots or ‘cobots’, has to learn how to work in a new cooperative manufacturing space.

An HVAC repair representative now needs to be an expert in ethernet technology and WiFi, as well as smart home and renewable technology.

A car mechanic is no fixing just a car, but is now diagnosing and repairing a hi-tech computer device that happens to have wheels and a big electric battery.

Everywhere you look, jobs, careers and skills are changing at a furious pace.
Are you ready?