“54 Things You Haven’t Thought About with Electric, Self-Driving Cars”

Your car is about to become your concierge. A personal robot. And so much more. 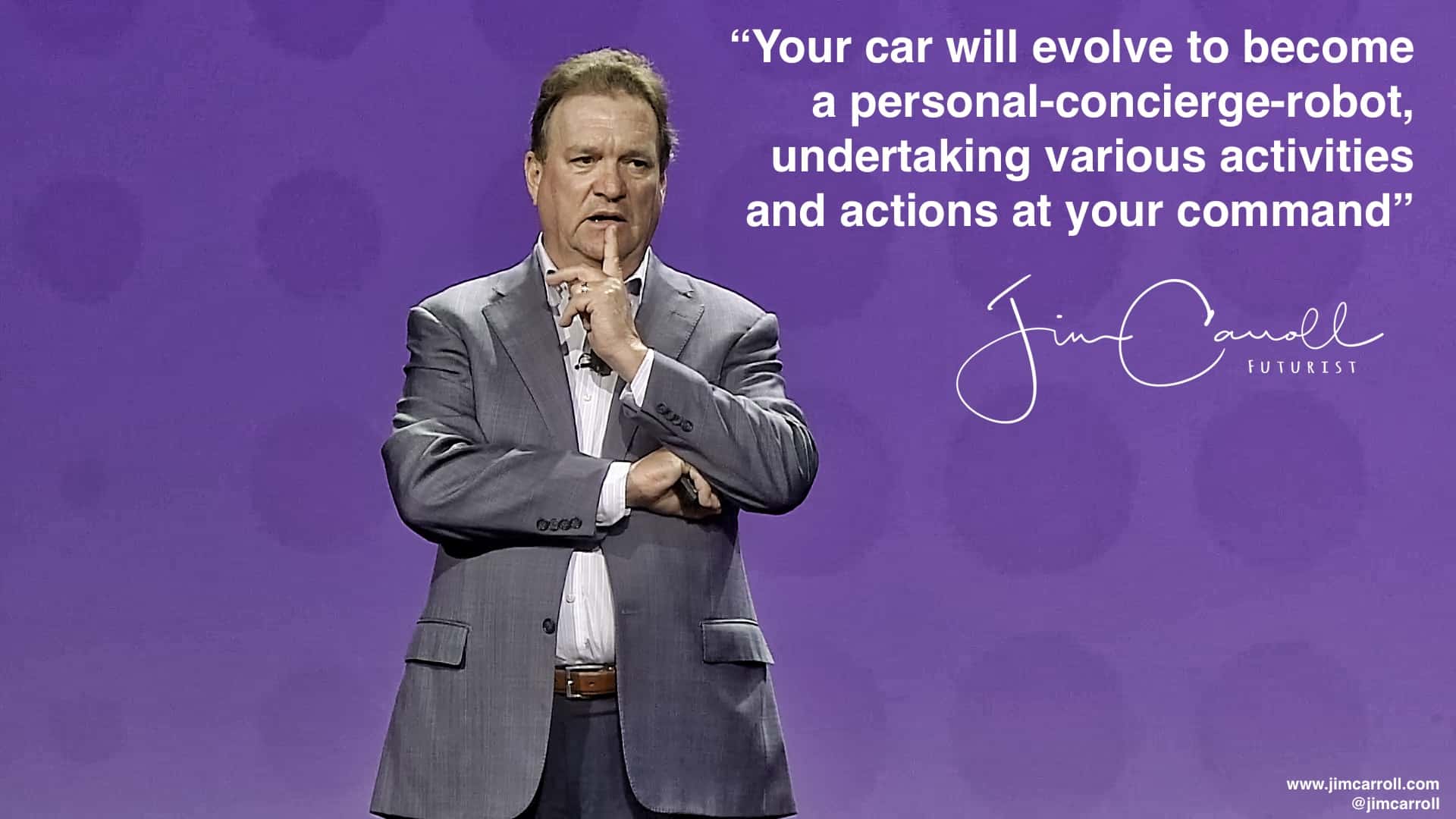 You probably don’t have a lot of time to think about all the things that are going on with the rush to self-driving cars and electric vehicles. I do – that’s my job as a futurist. The things is, you don’t know what you don’t know, until you know it.

So I’m going to let you know! 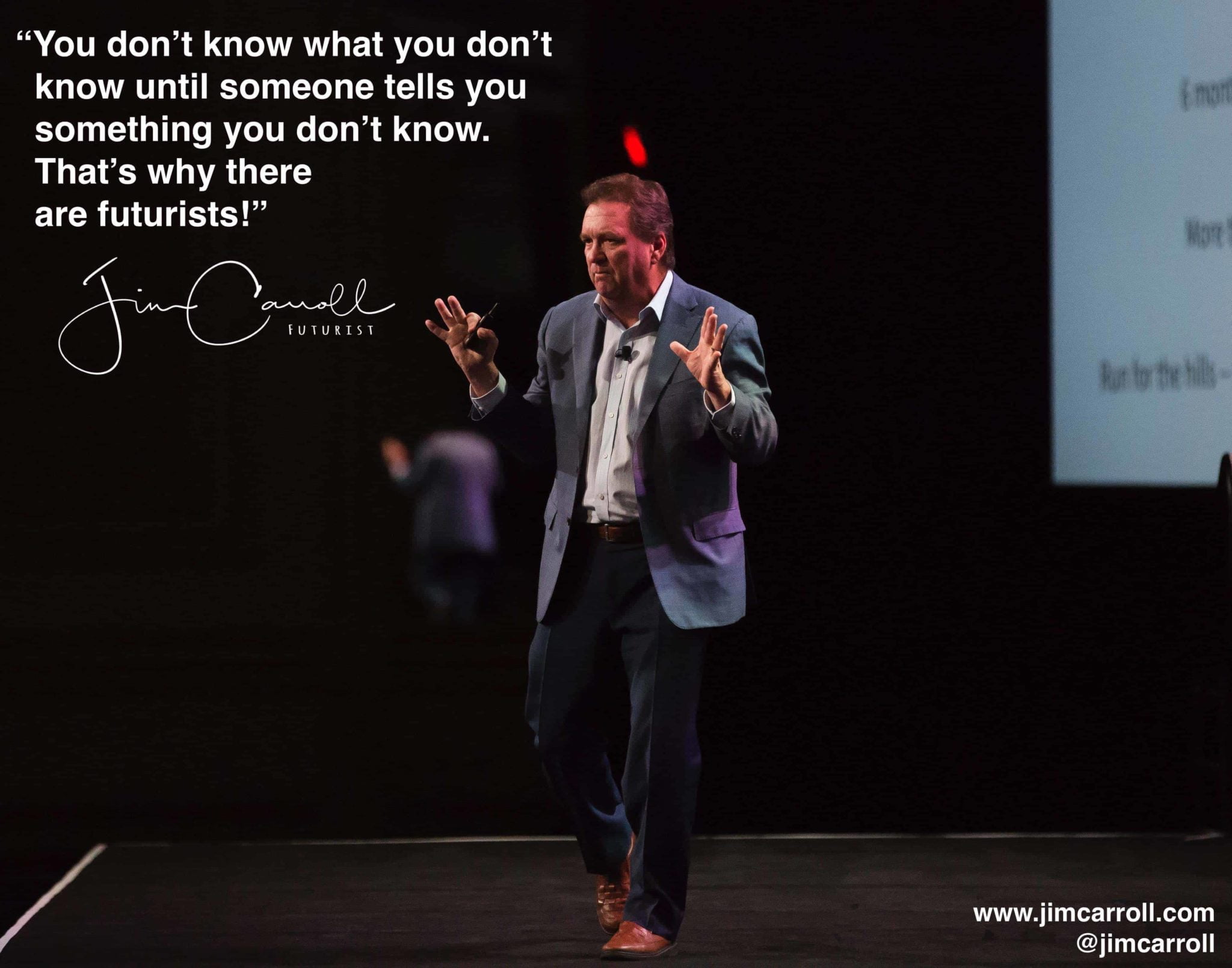 We are currently seeing a massive acceleration of change hitting the auto industry. I’m doing lots of keynotes around the theme — read Accelerating the Auto Industry in the Era of Self-Driving Vehicles.

What’s next? Here are some things you might not be thinking about:

Is this all a bunch of foolishness? I don’t think so.

In 20 years, we’re all going to look back and go, ‘Whoah! That was fast!’ Like I say below – fasten your seat belts – it’s going to be quite the ride! 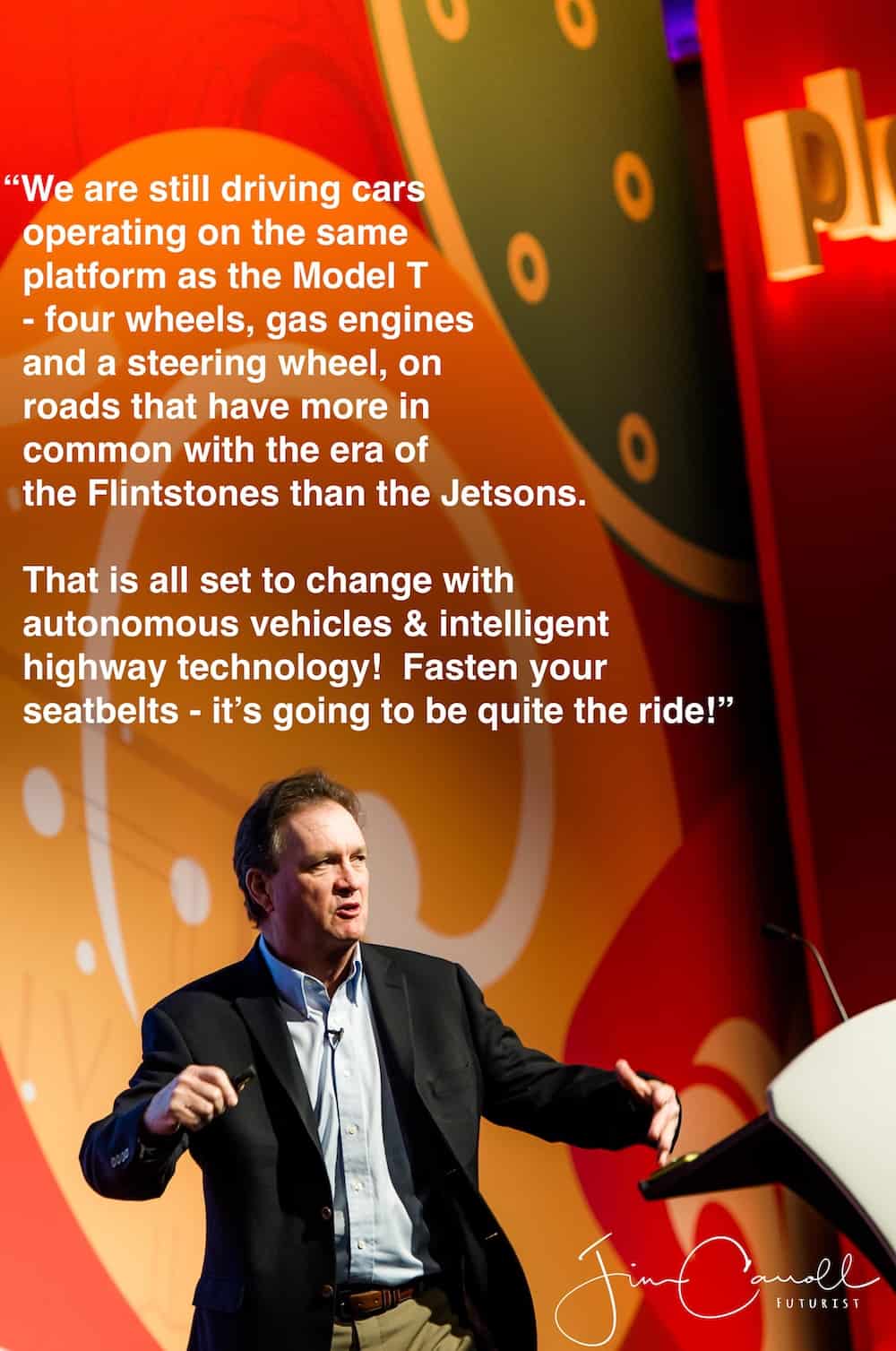 Intelligent Highway Cones and Hyperconnectivity – Futurist Jim Carroll in 2006 from jimcarroll on Vimeo.