Daily Inspiration: “Every challenge is an opportunity, but in disguise!”

“Every challenge is an opportunity, but in disguise!” – #FuturistJim Carroll 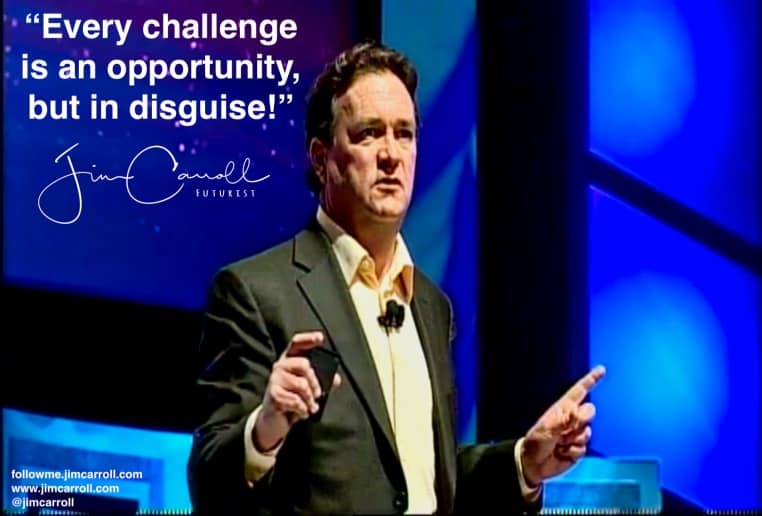 This photo was extracted from the video of an event I did in Las Vegas years ago – I had 7,000 people in the Centre for the Performing Arts. The Miss America pageant was held on the very same stage the week before. I was given dabs of makeup before I went on stage.
That’s the moment I knew my career had taken on a trajectory!
As for the quote – I heard the concept from a golf pro buddy the other day. It’s a standard concept of innovation that we should accept a challenge as an opportunity. The problem is that we might not see it that way – which is our mindset. Or, if we’ve got the right mindset, the opportunity might be hidden.
That’s where thinking differently about a problem can pay dividends. When Tesla was criticized for slow braking speeds on the Model 3 by Consumer Reports, they didn’t focus on how to deal with the challenge. They rolled out a software update which fixed the problem, and demonstrated with clarity what happens when you turn a car into a rolling, upgradable transportation platform. What an opportunity!
For every challenge you face today, step away from the negative and the downside. Instead, focus on the upside. Look for the hidden gem of the idea that might turn the problem into a magical solution for something else!