What Will Golf Do With the Arrival of The Drones?

Sometime in the next few years, someone is going to arrive at a golf course, and have their entire round filmed by a drone up in the air overhead. It will follow them around via a GPS link ; their fellow players might be annoyed at first, but with the ultra silent motor, they’ll soon barely notice.

Later, that someone will edit the highlights of their round to share it with friends; they might sent it to the their PGA Pro to help analyze it for training purposes; or they put it some other unimaginable use.

Right now, drone technology is where the Internet was in about 1993, and in the next 5-10 years we are going to see explosive growth in both the number of drones as well the sophistication of the feature set they support.

I was thinking about this while out for my latest golf round yesterday; I’m pretty wired up already, and maybe I just need a drone to complete my wired golf-self.

And I’m thinking about it, because I’m scheduled to keynote the 2015 Sports & Fitness Industry Association (SFIA) conference in New Orleans in September; I’ll focus on the future of interactive sport. It’s a pretty big organization: “The Sports & Fitness Industry Association (SFIA) is the leading global trade association of manufacturers, retailers, and marketers in the sports and fitness product industry. SFIA’s membership represents 500+ premier brands who account for more than $150 billion in annual sales.”

I’ve got my GPS watch to help plan the accuracy of my shots, and for the last several weeks, have been wired up with the GameGolf GPS tracking system. It monitors every swing, and at the end of the day, builds me an interactive map of my round with all kinds of useful insight on my performance. I joked to my playing partner: “It provides me with really good insight on how bad I am. But wait until I have a drone helicopter over my head, filming my round!” (More on the GameGolf technology below — it’s fabulous!)

Like every sport, golf is bound up in a rich tradition and history. The idea that drones might become part of the game will make some go apoplectic; as did the arrival of golf carts in the 1960’s, and of GPS shot tracking technology in the 1990’s!
I addressed this thinking, and the future of interactive sport, when I was the opening keynote speaker for the 2010 PGA of America annual meeting. Here’s a clip — think baseball bats with embedded chips! And in the video, I seemed to correctly predict the arrival of the GameGolf type of technology! 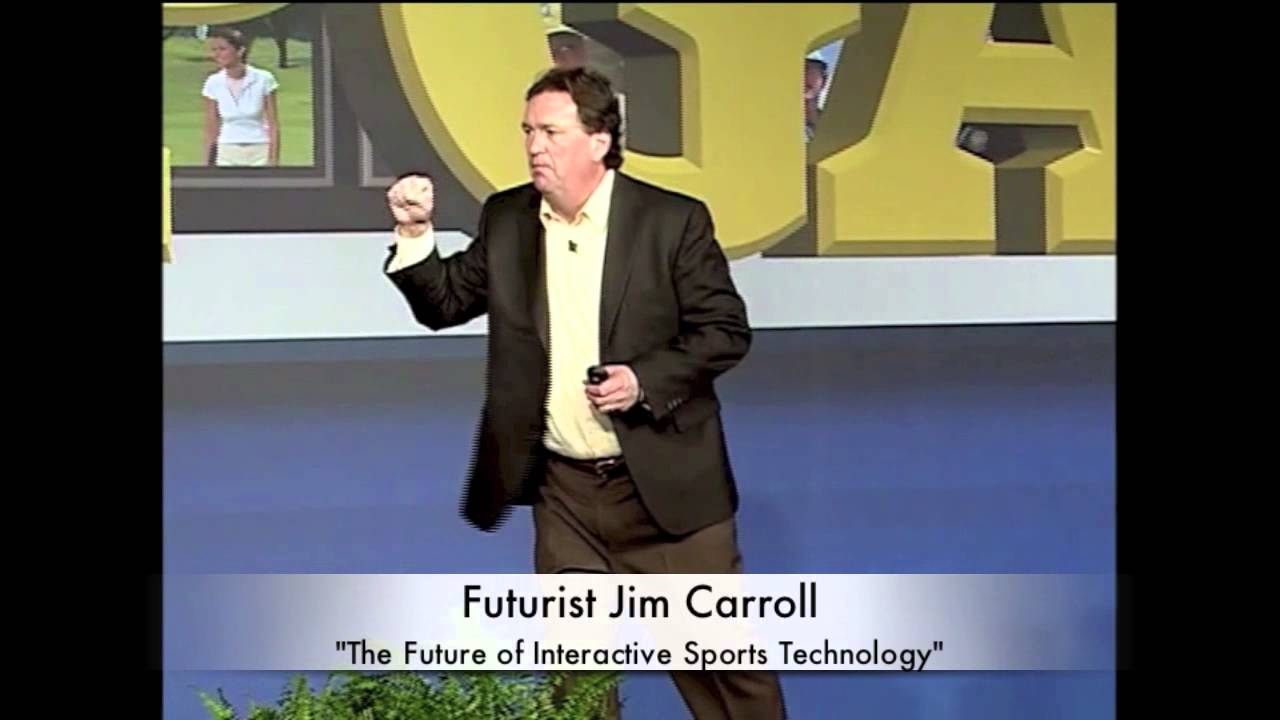 All sports are entering and new and complex future. Webcams, Internet connectivity, motion, GPS and all kinds of other sensor technology are being embedded into equipment now, and there is only more yet to come. This will come to challenge and redefine every sport, but is probably critical to attracting the next generation of kids to a sport — you, the ones that have never known a world without an iPad.

Consider the GameGolf technology. It’s both fun and useful. Here’s the detail on my performance on the first hole (a double bogey…..). 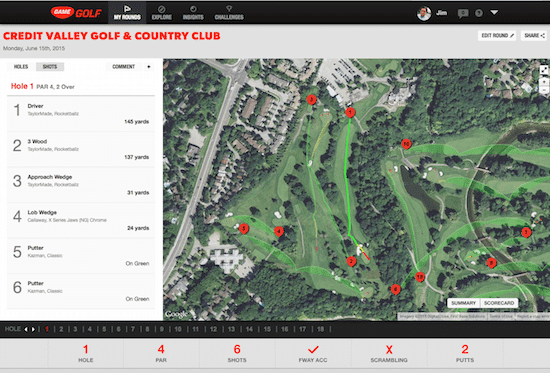 I can review my entire game, post-round, and learn from what I did wrong, and what I did right. The system works with a small sensor inserted into the end of each club; before each swing, I tap the club to a GPS device on my belt. From that, magical information is uploaded later at the end of the day.
Over time, the system is building up some remarkable statistical insight for me. For example, here’s my performance for shots into the green from within 100 yards. I never realized that almost 1/3 of my shots were short; I’ve started to ‘club-up’ and am getting better performance already! 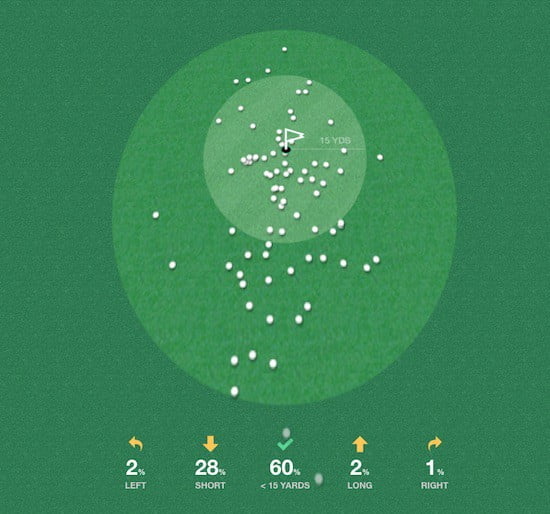 Next! A drone that will film me from up above; I’ll then be able to examine my swing and see what I might or might not be doing wrong.
A foolish concept? Golf carts were considered a horrific attack on the game when they first appeared.
So what will the world of golf do when it sees the arrival of the drones?
It’s going to happen, sooner than people think!
]]>