The folks at the UK’s Retail News publication recently interviewed me on the future of retail; I’ll be featured in their upcoming 125th anniversary edition coming out in mid-July. 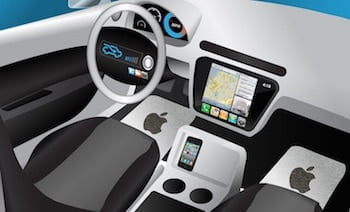 They’ve just run a teaser for the article on their Web site.

I promise to put up a full version of the article when it appears; for now, here’s the tease!

Step into the future with RN as we celebrate 125 years
by BetterRetailing.com / Retail News, May 1, 2014

Picture this: you are driving along and ask Siri in your dashboard where you can buy a dozen eggs.

She will put up five stores on the map and you will pick one. The car’s autonomous driving technology will take you there and the embedded payment technology will pay for your purchase.

This may seem like science fiction, but it is likely to happen by 2017, according to Canadian futurist Jim Carroll, and was just one of the topics discussed when I interviewed him last week.

If you are thinking about the future of your business and how to make it profitable you won’t want to miss RN’s 125th anniversary issue on 18 July He has run sessions for the leadership teams of NASA, the PGA and global retail brands like Gap on preparing for the future. He agreed to talk to RN when I pitched him to appear in our 125th anniversary issue coming up on 18 July.

It’s a project the whole team is working on. Rather than looking back at our history of helping retailers run successful businesses, we will look forward to the future of local shops.

Our aim is to get the most proactive retailers to think about the things they need to do now to be successful next year and long into the future. Our main article will look at the future of convenience retail in 125 objects.

We are also interviewing retail industry leaders and celebrities like Sainsbury’s head of convenience Simon Twigger, Glamour and Private Eye editors Jo Elvin and Ian Hislop and JTI managing director Daniel Torras, as well as many others in the run up to 18 July throughout June and July.

RN has produced nearly 6,500 issues over the past 125 years, including four days after D-Day and the day before England won the World Cup.

But if you are thinking about the future of your business and how you can make it profitable, you won’t want to miss RN this summer.

I’ve been saying at many of the retail conferences I’ve had the opportunity to keynote, that we will see more change in retail in the next 5 years than we have seen in the last 100. These folks have been around for 125 years. This promises to be a fun article!