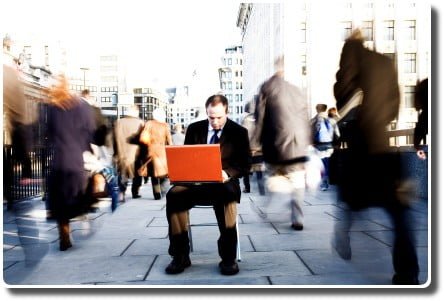 One of the columns I write on a regular basis is for CAMagazine, which goes to about 100,000 professional chartered accountants. My big secret? Despite the fact that I spend my time advising some of the biggest organizations in the world on strategies for innovation and creativity, I’m also a professional accountant. I spent some 12 years way back in the 1980’s with one of the world’s largest professional services firm.

My June column is out — and it talks about the challenge of trying to reconcile the emerging demands for more financial disclosure with the short attention spans that come with the Twitter era.

You can access the full article below; but here’s a few excerpts:

We stand at a seminal moment – a crossroads as it were – between what we might call the new age of disclosure and the new era of inattention.

….we will see all kinds of new rules and regulations within the financial sector and beyond, including most of the business world. Let there be no doubt, in the year to come we will witness a new, onerous set of regulations surrounding financial disclosure….

On the other hand, while we ponder an emerging need for more detailed disclosure, media reports seem to indicate that the general populace is rushing off to Twitter-ize itself.

So here’s the thing: to satisfy the demands of angry investors, the typical 10Q and SEDAR filings will have to quadruple in size, if not more. Pretty soon, a typical public company will need to file several thousand pages of disclosure documents to keep up with regulations. Financial statement footnotes will become complicated enough to deserve their own dead tree. An army of accountants will find itself dedicated to the cause of digging deeper with every single sentence.

At the same time, the audience for whom these lengthy documents are targeted is concentrating on writing 140-character texts.

So, the big question is, what is the relevancy of accountancy in the Twitter era?

Might you instead find yourself one day writing a financial disclosure that goes like this: Qlfd opn’n. Gng Cncrn vr m2m vln on unreal(dude!)ized rvnu.

If you understand that, then your brain synapses have shrunk enough to fit the speed of information in the modern age.