Home   >   Energy & infrastructure   >   The Internet economy: How it will drive recovery

The Internet economy: How it will drive recovery 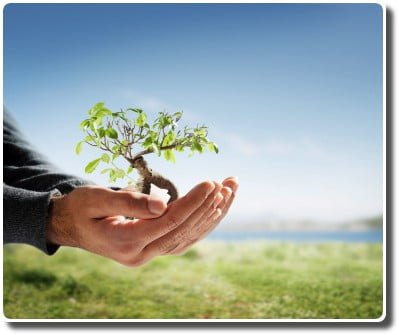 From my May CAMagazine column.

As we worry and wonder about the state of the global economy, we should remind ourselves that one thing is certain. At some point in the future,newspapers will run banner headlines featuring the words “Economic Recovery.”

The challenge with this particular downturn is that every single event — downsizing, layoff, missed earnings target or corporate bankruptcy — is now repeatedly examined in depth on 24-hour news channels. As a result, it’s easy to lose sight of the following key trends, which will help lead us into economic recovery.

Infrastructure: There is no doubt there will be a significant national economic stimulus due to infrastructure spending, but I believe we’re entering the era of smart infrastructure, which will involve more than shovels and buckets. For example, roadworks projects will use smart-highway technology, such as the linkage of spatial databases (think Google Maps) to GPS technology embedded in cars. It won’t be long before you can put your car on autopilot, so to speak, carefully keeping up with traffic flow as measured by highway-embedded sensors. Science fiction? I don’t think so. Put it this way: every bit of new infrastructure will be integrated with the Internet, and that will provide for some fascinating opportunities.

Healthcare: The ramp-up in healthcare spending that will occur as boomers age will be staggering, and this will perversely drive job growth at the same time it strains the budget. In the US, healthcare spending could equal 60% of gross domestic product in some states within 10 years. Such stark realities are driving furious rates of business model, technological, structural and other innovations in healthcare, much of which will involve sophisticated Internet technologies. For years, I’ve been talking about the potential for bio-connectivity devices: smart home-based medical monitoring technologies doctors can use, via the Internet, to monitor noncritical-care patients. Such innovations will drive a variety of growth-oriented markets.

Environment: Despite the slowdown, there is no pullback in major efforts to deal with challenging issues, which means ecological spending will continue to drive growth markets. McDonald’s is investing in a new company-wide intelligent energy infrastructure management system to deal with annual energy costs of US$1 billion. It expects to reduce overall costs by 20% by having the ability to remotely manage and monitor fryers, air conditioning, water usage and other devices throughout thousands of its restaurants. This will involve using the Internet as a backbone to a sophisticated global energy management system.

Industry reinvention: Similarly, connectivity will play a key role in the reinvention of products and industries. There is a lot of talk about the concept of Car 2.0, which involves a fundamental reinvention of current transportation mind-sets. There is a strong belief that we will see a reinvention of the auto industry, particularly as Silicon Valley begins to laser-aim its focus at the next generation of automotive business model. The next-generation automobile, if it emerges from the land of high-tech, will have “connectivity” as its middle name.

The change agenda of Generation Y: As I described in last month’s column (“They’ll spice up your systems,” p. 14),the members of this technologically aggressive, entrepreneurial generation will completely reshape the fundamentals of every industry, driving economic growth.

All in all, my view is that beyond a three- to six-month horizon, we will start to realize areas of economic growth, and the Internet will continue to play a key role.