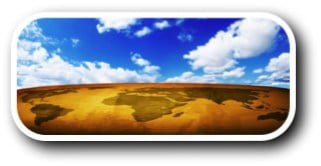 There are a zillion fast, zippy cool trends out there. And then, there are the big, sweeping, massive transformative trends that change entire economies.

I just finished writing an article for an executive publcation. Here’s one reality I pointed out: at a fundamental level, we are witnessing a massive global leveling of wealth throughout the world. Within the decade, the MidEast, Asia, India and China will have had billions of people move into the middle class; North America’s will have witnessed a global equalization in the concept of consumption and standard of living.

The scope of the movement of global wealth is staggering. The OECD estimates that global sovereign wealth funds (Dubai, Singapore, China, etc) are currently worth some $3 trillion; within 5 years, they will triple growth to $10 trillion. If oil stays higher than $70, they will be worth some $15 trillion by 2018.

Let’s put that in perspective. Some of these SWF’s participated in the recent bail out of several Wall Street financial powerhouses, including liquidity investments in CitiBank, Merrill Lynch, Barclays, Bear Stearns (deceased), UBS, Credit Suisse, and the CIBC.

In other words, North America is becoming but a pipsqueak player in the global economy. That’s why faster is the new fast; organizations that learn to think and DO differently, and who can discover the opportunity unfolding around them in a massive global economy, will be those to thrive in the decade to come. It’s a huge trend, and it’s one that has massive implications.