Daily Inspiration: “It’s time to move from triage to tomorrow!” 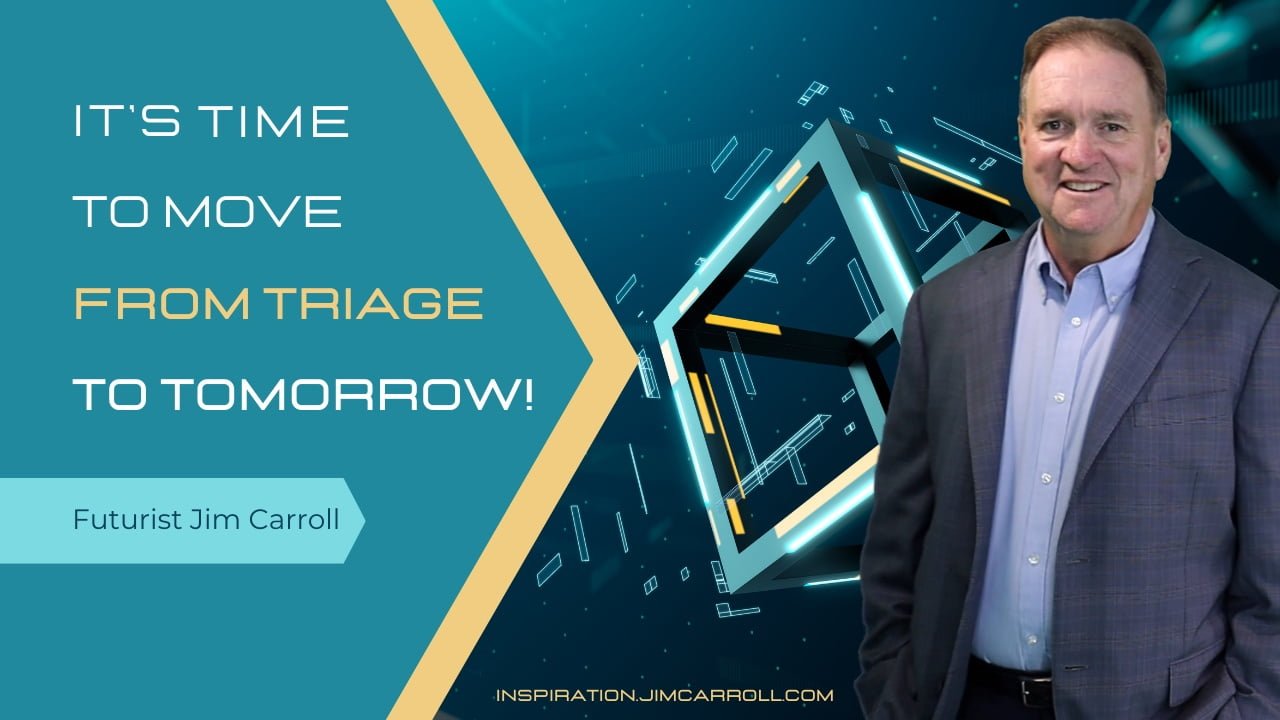 Next month will mark 3 years since individuals and organizations began to go through the largest disruption they will ever know. With lockdowns, a staggering loss of human life, work-from-home, and the rapid emergence of a digital lifestyle and e-commerce infrastructure – we all had to learn to adapt quickly.

As I close out this series of 23 Trends for 2023, I’ve been thinking long and hard as to what the final, all-encompassing trend should be; to be honest, I’ve had several. But they’ve all had a common theme – all of us finally have the chance to look forward to what’s next, rather than just concentrating right now on what we need to do to get through. In a conference call with a client the other day, I was given a gift when he mentioned that in his mind, they weres finally able to move away from triage – fast, quick steps to simply survive – to thinking about their future again. That’s it!

And so trend #23 is “Forward, finally!” – because we finally have the chance to move from triage to tomorrow! 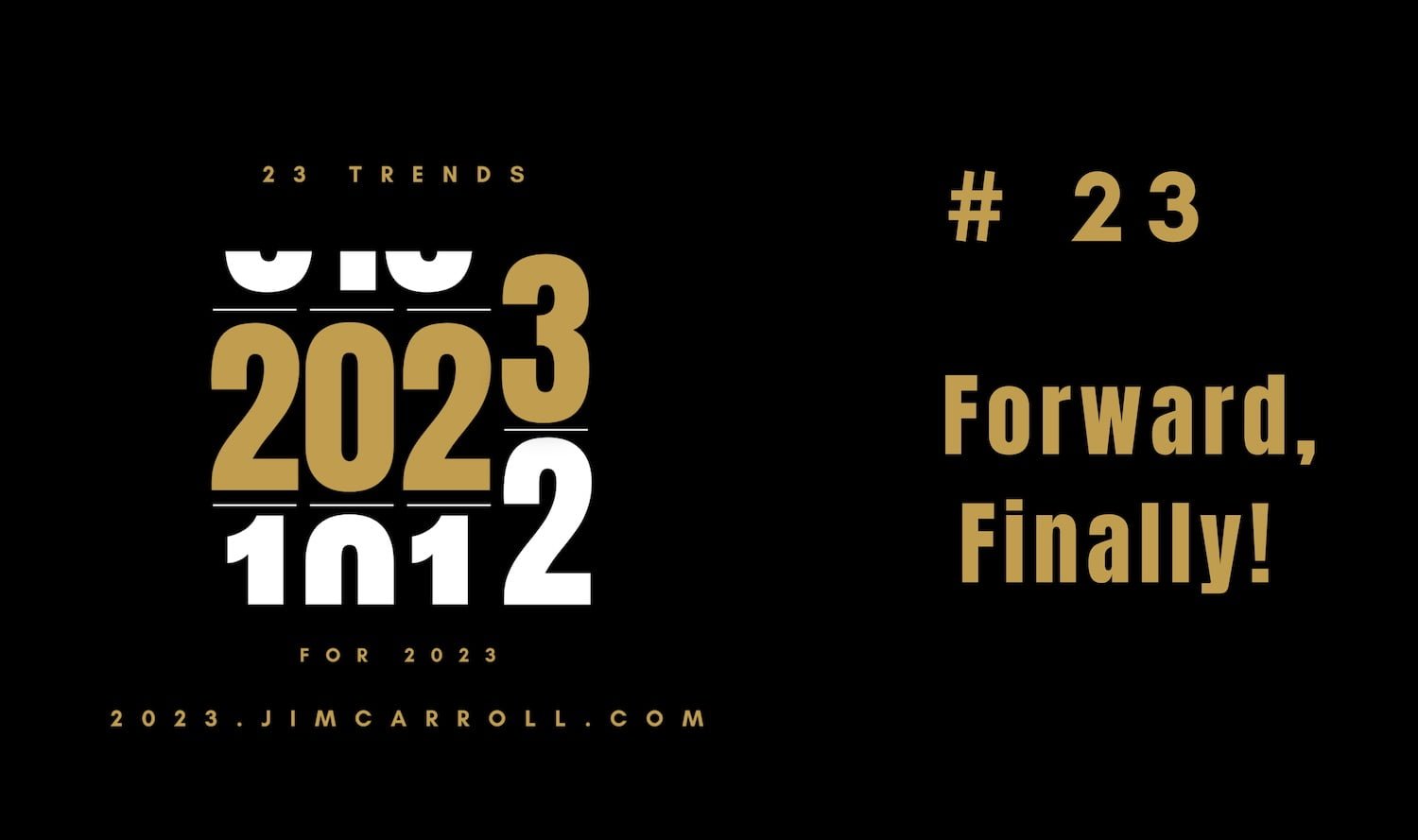 My last 3 events before Covid were firmly linked to the opportunities of the future. The American Truck Dealers Association brought me in for a keynote that took at the electrification of their industry, the arrival of hyper-connected trucking technology, and the potential for autonomous technology. Syngenta, the global agricultural company, had me in for a talk to key dealers on how farmers were aligned to fast-moving science trends with fast genomics, autonomy, the potential world of 24-hour farming, and more. The Canadian Golf Superintendents Association – my very last in-person event in March 2020 – took a look at the future of the golf industry, some of the new technologies, concepts, and ideas coming into the game, and how that might influence their work.

And then it all happened.

If you think about it, for a time, the future fell off the table; we were all too busy thinking about how to get through the next month, let alone the next 5 or 10 years. And yet, in the last several months, I’ve noticed during my calls about upcoming events with several CEOs that a key theme has emerged – perhaps we are through the worst, the thinking goes, and so, it’s time to start looking to the future again.

With that in mind, here’s an older post I wrote some years ago, ‘101 Things We Know About Our Future’ – An Esoteric List of Things That Are Happening Now and Next!‘ It provides some food for thought on what we might be thinking about as we move from triage to tomorrow!

Some are obvious, some are not so obvious.