Sometimes it does seem like the world has gone mad – extremely divisive politics, a rise in hate crimes, absolute emotional terrorism on social networks, attacks on public institutions, and increasing violence. Everyone has a feeling that things are getting out of hand. That’s why trend #12 on my “23 Trends for 2023” is the issue of “Doubling Down on Dignity.”

Because I believe in 2023, both people and organizations will find they are spending more time doing so – focusing more on lifting people up rather than tearing them down.

And in particular, we will see them doing so by placing more emphasis on their DEI – Diversity, Equity, and Inclusion – initiatives. 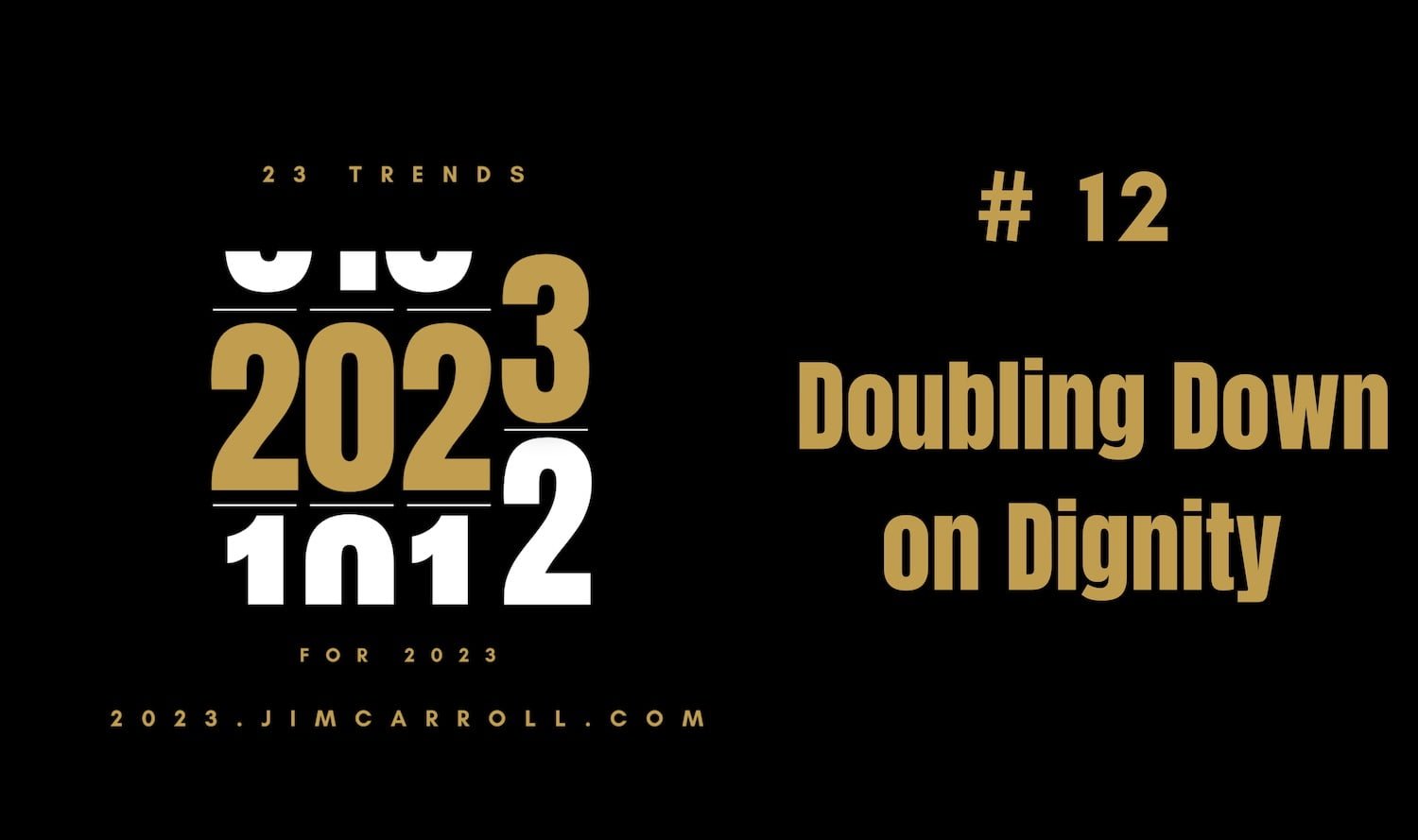 Why do I think this will happen?

The primary reason is that in my view, it’s top of mind with corporate groups! The interesting thing about being a speaker on the global circuit is you get a front-end view into the big issues that organizations are thinking about. I’m booked by organizations like the Washington Speakers Bureau, Harry Walker Agency, and others – the same folks who book folks like Barack Obama and George Bush, Ervin “Magic” Johnson, Ryan Reynolds & Tom Brady. These are the agencies major organizations and associations contact to book speakers for annual conferences, major events, and leadership meetings. Organizations spend big bucks to bring in celebrities, topic experts, world leaders, and others to set an important tone, craft a message, or reinforced goals.

The result of living within this world is that I see a lot of the communications from these agencies, as well as discussions within the global speaking industry. And with that, it couldn’t be any clear that right now, the topic of DEI – diversity, equity, and inclusion – is top of mind, in addition to ESG – Environmental, Social, and Corporate Governance issues. All the communications from the various speaker’s bureaus who represent me; the industry buzz; the LinkedIn posts within the industry – literally ALL of them show that DEI is top of mind, and ESG is likely second! (I would be happy if it was the future, trends, and innovation but hey – if the #1 is an issue that just might help to save the human race, I’m all in!)

And so as much as it would seem that the conservative world rages against ‘libs’ and ‘woke agendas,’ it’s pretty clear that major organizations don’t plan on abandoning these efforts any time soon – and in fact, will accelerate their efforts and double down on their goals into 2023. There are several reasons why I believe this is a trend to watch:

Who is leading in the world of diversity? In the accounting/finance profession, it’s Deloitte, with 35% of the partners being people of color and 41% being female. It saw a 43.8% increase in the number of Black and Hispanic employees in a three-year period and a 45% increase in female staff. It has a goal of getting to 50% within the year. Clearly, there is an initiative with organizations that are committed to it. Similar numbers are reported for other industries.

The key thing? Watch Disney and Blackrock – the future of DEI and ESG will be defined by the path taken by these organizations that were so much a part of the news cycle in 2022.

To be honest, I am also personally invested in this trend. My Daily Inspiration yesterday commented that “The best way to cope in a world seemingly gone mad is to double down on dignity!” 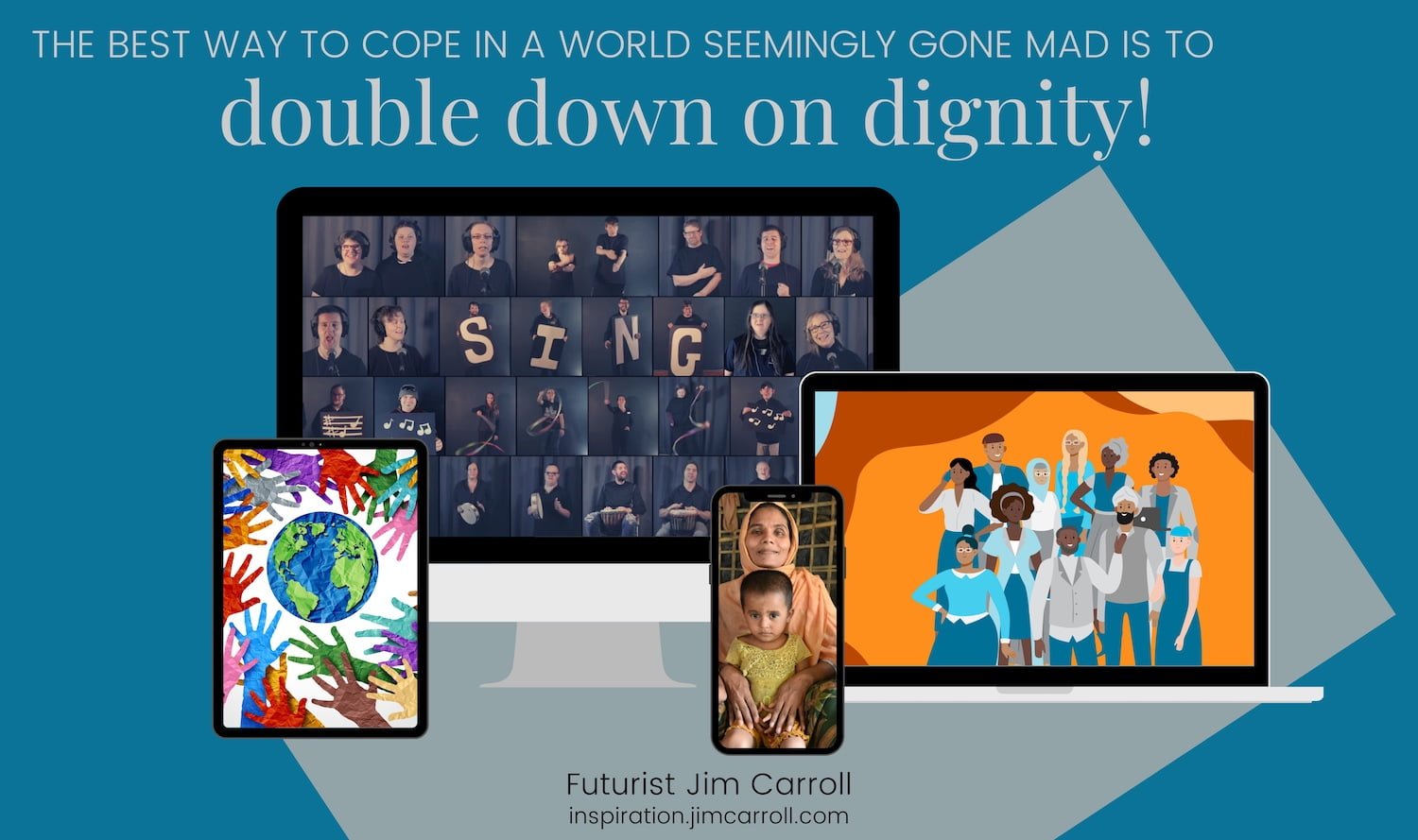 With that in mind, I want you to watch this video. Watch it until the very end.

Events for Life is a charitable initiative for special needs young adults in Thornbury, Ontario, Canada, which is near our ski chalet. My family got involved about seven years ago just as the program was ramping up – we ski with the mom of one of the program participants Thomas and are long-time personal friends with the family of another, Michael.

Note: A number of folks have asked me as soon a  the post went out if they might make a donation to the program. You can make a donation to Eventsfor.Life here. It is a registered charity – you will get a tax receipt. Please make a note in the comments that you are doing so in order to Double Down on Dignity. 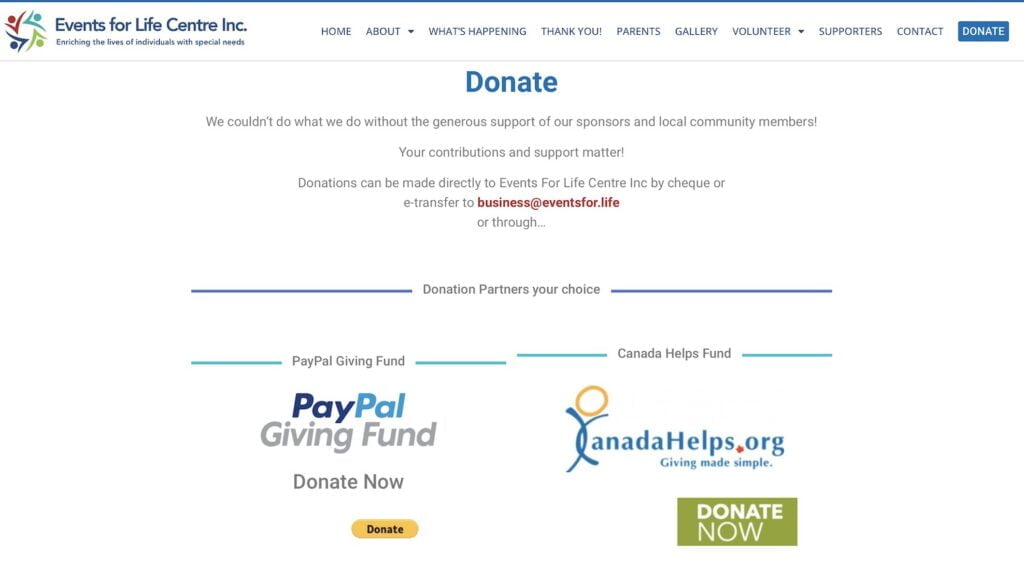 We seem to be all in as a family. My wife was for a time on the Board of Directors and still toils away quietly in the background assisting in various ways. For a time, I was their techie-geek, doing behind-the-scenes work with their Web site, IT stuff, and more – and am still on call for various issues. Another one of my sons was fully involved with additional IT support. for a time. My other son? He spends some of his time on the ski hill with two young fellows from the program, Thomas and  Michael – and in doing so, learn about the importance of compassion and caring.

We as a family are fully engaged in this initiative; it is teaching us so much about the role that we can play in helping those who might be considered to be less fortunate.

At a very personal level, being involved with EFL, as we call it, has changed my life for the better. The arrival of the program came along at a very critical personal juncture a number of years ago. Awareness and involvement in the program helped me to double down on the idea of dignity. It has taught me that there is more to ME than me – I can better define myself by spending more time helping to lift people up instead of being part of a society that might drag them down.

The impact of the program is profound on anyone who gets involved. I literally could not watch the video above without a tear coming to my eye.

We need those tears of joy right now. The world around us is a terrifying place. Politics has become so divisive that it is destructive. All of us have lost friends to the insanity of Covid-denial and other conspiracy theories. We wake up to the news of hate crimes, violent assaults, and attacks on marginalized populations. We witness major court actions and political efforts that have the ultimate goal of stripping away fundamental human rights from marginalized populations. We watch wars in far-off lands and wonder how quickly the hate that drove those wars might come to our own world.

We are emotionally assaulted with vitriolic hate for being ‘libs’ when all we are doing is defining ourselves by the fact that we care for our fellow human – those who are less fortunate than we are. To your assault on our values – we ask you to look deep into your soul and ask yourself – what defines you?

So why is “doubling down on dignity” a trend for 2023? Because I believe that a reckoning has come, as I see a greater number of organizations realize that they can’t just walk the talk – they must go all-in. They can’t just give DEI lip service – they’ve got to do a rear-guard reinforcement of their efforts. They’ve got to double down on dignity – and that is the trend I am seeing with the advanced booking cycles in my industry.

We need to do this personally too. There is no shame in being a ‘lib.’ I wear it as a point of pride. I can’t seem to stop writing this post – I see so many opportunities for joy! Here’s another story – my good friend Joanne Thomas Yaccato has spent much time in her career on economic development issues globally – she has instituted many national programs to help to elevate the role of women in society.

Her Facebook feed, at a personal level, always screams the importance of dignity, love, inclusion, and caring. And in just the last few days, this has unfolded. I’ll just share the screenshots to let the story tell itself. 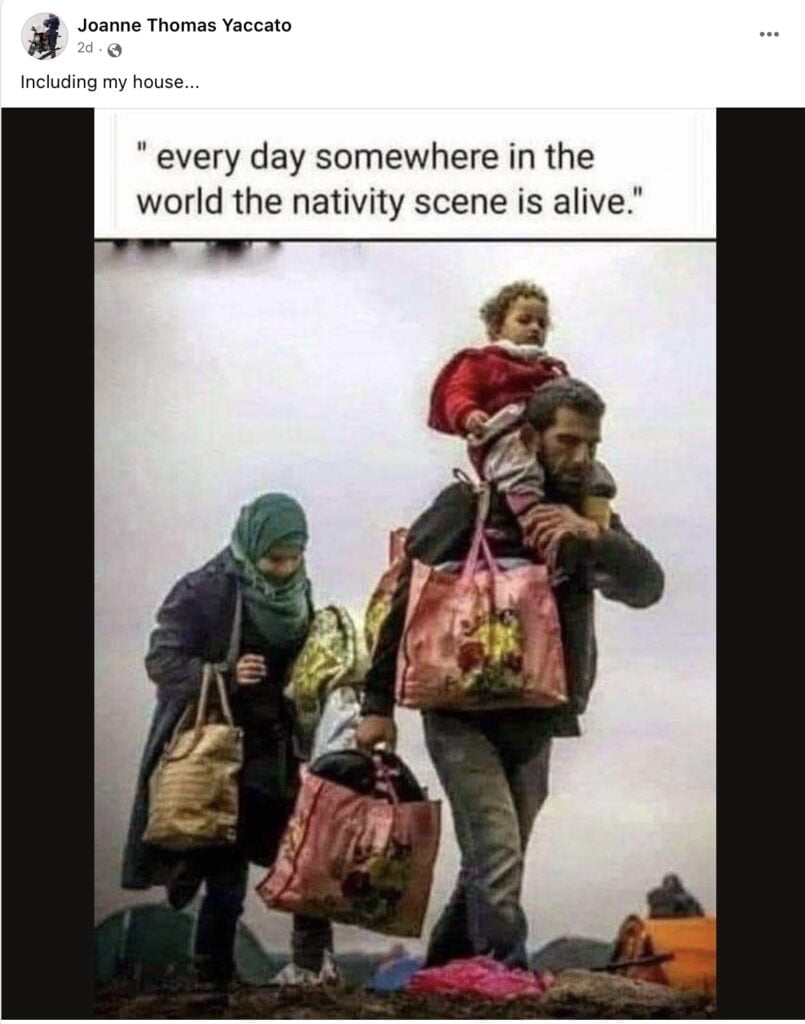 How can you not read that and not feel joy in your soul – that there is still kindness in the world?

Let me close with this – a post from a number of years ago when I spoke at the annual Christmas celebration for the Eventsfor.Life group. I can get on stage in front of 10,000 people in Las Vegas (and have), and that is a powerful emotional moment. But NOTHING in my 30-year speaking career prepared me for the raw emotion that hit me like a brick as young Thomas came to join me.

Comfort and joy. Double down on dignity.

In your life, you discover real magic when you share the stage with a special needs child who knows nothing but love and joy – and who gives you a fist bump with a huge smile on his face.

That’s what happened on the weekend when a 26 year young adult with Down syndrome ran up to join me near the stage while I was offering up a few words at the annual Christmas dinner for Events for Life. Thomas Butler, my good friend with the fist bump, unexpectedly came to join me! It made for a moment in a short talk that I won’t soon forget.

Watch it now – and listen to my message!

Thomas is a member of my ski club; I’ve experienced the magic of watching and going with him as he snowplows down the hill in his own unique style. He spent 3 hours with me on the hill one day – that meant a lot to me, since I seemed to have broken through. I’ve learned a lot!

EFL has had a profound impact on my life, and my understanding of the world around me. If you do anything today, invest some time with some special needs children and adults.

They can teach you more about the world than you might ever know.