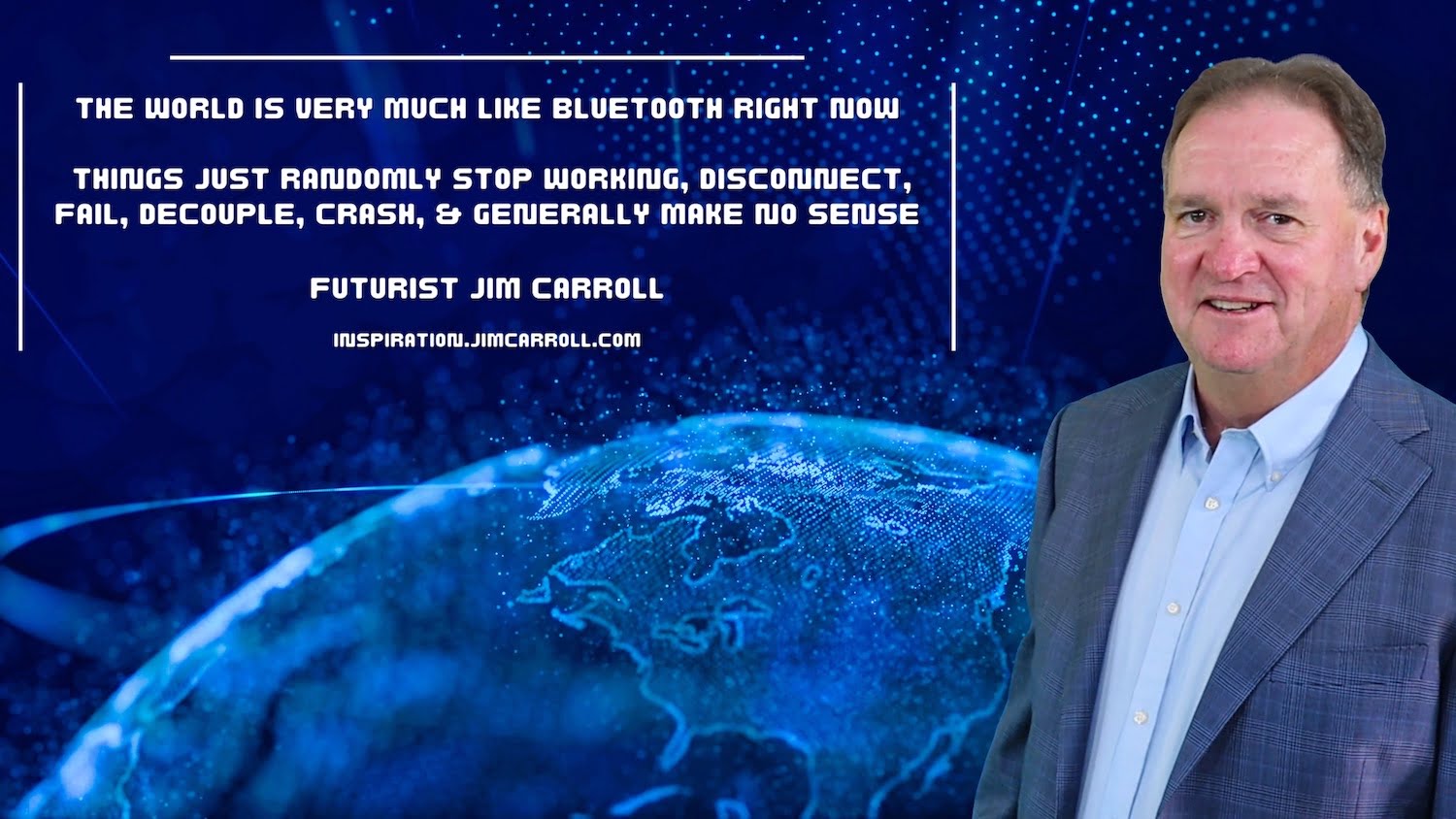 From broken supply chains to airports in turmoil, to price inflation and skills shortages – the world is nothing like it was in 2019.

And so my favorite theory right now is that the globe is mimicking Bluetooth right about now, that awful technology which we rely upon so much but which has so much unreliability built into it that it manages to infuriate us on a regular basis. At least, that’s the thought that came to my mind the other day.

You probably have a belief that we will soon get ‘back to normal.’ We won’t! – Jim Carroll, July 2020

Yet, it’s not like we didn’t know this was going to happen!

I recently went and took a look at two posts I wrote in July 2020, two weeks apart, that seems remarkably prescient right about now. The posts were based on two videos I filmed in my then rather primitive virtual broadcast studio of the time – you can find one of the clips at the end. But they are worth revisiting, because not only did they predict some of the turmoil we find ourselves with right now, they remind us of the excuses that we are making that helped to get us here in the first place. Looking back at what I was speaking and writing about at that time, I was really starting to get a sense that the world would not be going back to normal.

The first post was Revisiting the Innovation Killers in the Era of Covid-19: A Reality Check For Your New Future. Here’s what I wrote:

Think about it – how many people do you see actively deferring decisions on innovation? Or not pursuing obvious trends, or not moving forward with initiatives, because they are using excuses like this?

Ask yourself which of these attitudes you have succumbed to – and challenge yourself, “what happens if I am deadly wrong in my assumptions?”

Here’s what I wrote in the second post, Aggressive Indecision 2020: How Organizations Are Failing By Freezing FAST! (Hint: Accept Your New Covid-19 Reality)

There is nothing normal about these times.

It’s fascinating to look back now and read these in the context of the turmoil we find ourselves in today. The world is Bluetooth – and just like the technology, it’s going to take a long time to fix.

Here are the two videos. This was early in my virtual exploration, so the cameras are rather fuzzy, but the content matters! 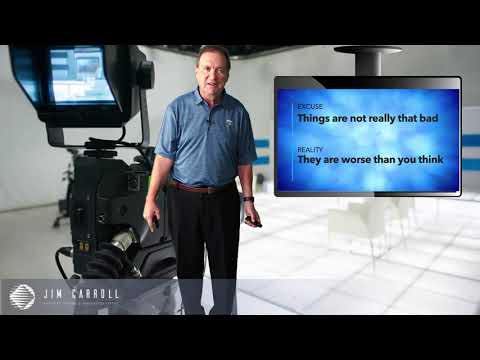 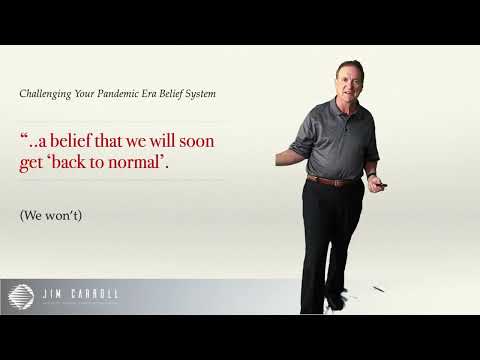