Daily Inspiration: “Success is built upon a foundation of the ongoing disappointments you’ve faced from your non-stop efforts to try to do the things that are tough to do!”

“Never give up – because you know your success is built upon a foundation of the ongoing disappointments you’ve faced from your non-stop efforts to try to do the things that are tough to do!” – Futurist Jim Carroll 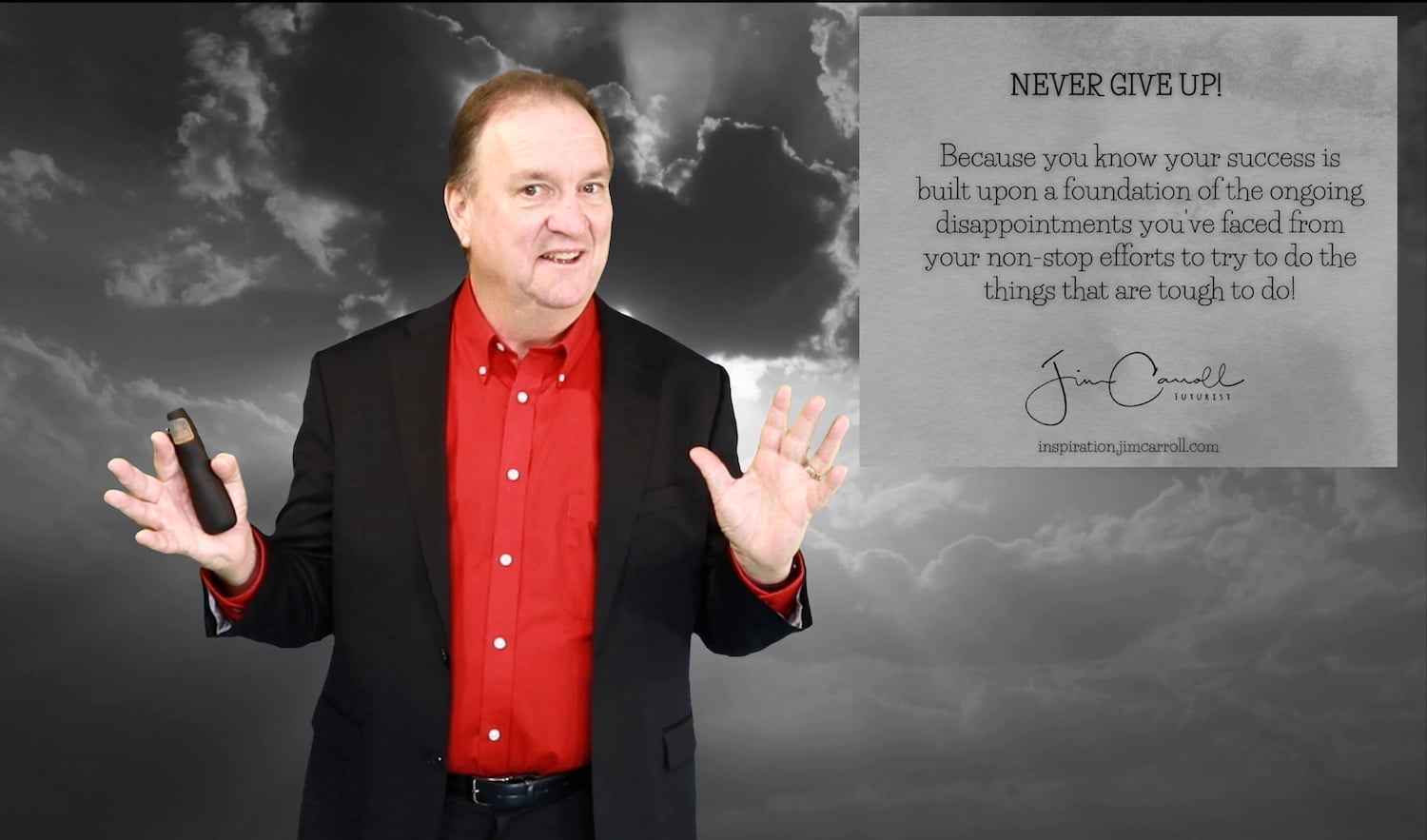 Sometimes, mistakes are fantastic and errors are a bonus! You know that already, because you’ve come to learn that success is an elusive goal – it’s only come to you after a regular series of steps, repeated regularly, sometimes with unexpected results along the way.

You’ve got to develop an attitude that you’ll make mistakes along the way, and rather than being something that should discourage you, they should become fuel for your future efforts. By refocussing on what you can learn from what you did wrong – rather than obsessing over why it happened – you can turn it into a powerful learning experience. And by learning from it, continuously, you can eventually turn that disappointment into the sweet feeling of success.

You might not always get it right the first time. In fact, it might take you many times before you figure out to do it right. As in – ‘it’s learning by doing!’ You should develop a mindset that it’s perfectly acceptable – and even desirable – to try to do those new things and make mistakes along the way. That’s because every mistake that you make will be a learning experience that you can use for insight on your next attempt.

That’s where my concept of ‘experiential capital’ comes in, something I’ve been talking about on stage since 2003. The idea is that in this high-velocity economy of relentless change, a regular series of cumulative experiences – your ‘experience capital’ might become as equally important as the financial capital that you have in helping you to adapt. With that in mind, the more capital you have, the better positioned you are for the future!

And so, as the saying goes: “fail early, fail often, fail fast.”

Because sometimes, the more you fail, the better positioned you are to figure out what to do next!