Daily Inspiration: “Don’t waste a lot of time wishing for what you once had – work smarter to achieve what you might have next!”

“Don’t waste a lot of time wishing for what you once had – work smarter to achieve what you might have next!” – Futurist Jim Carroll 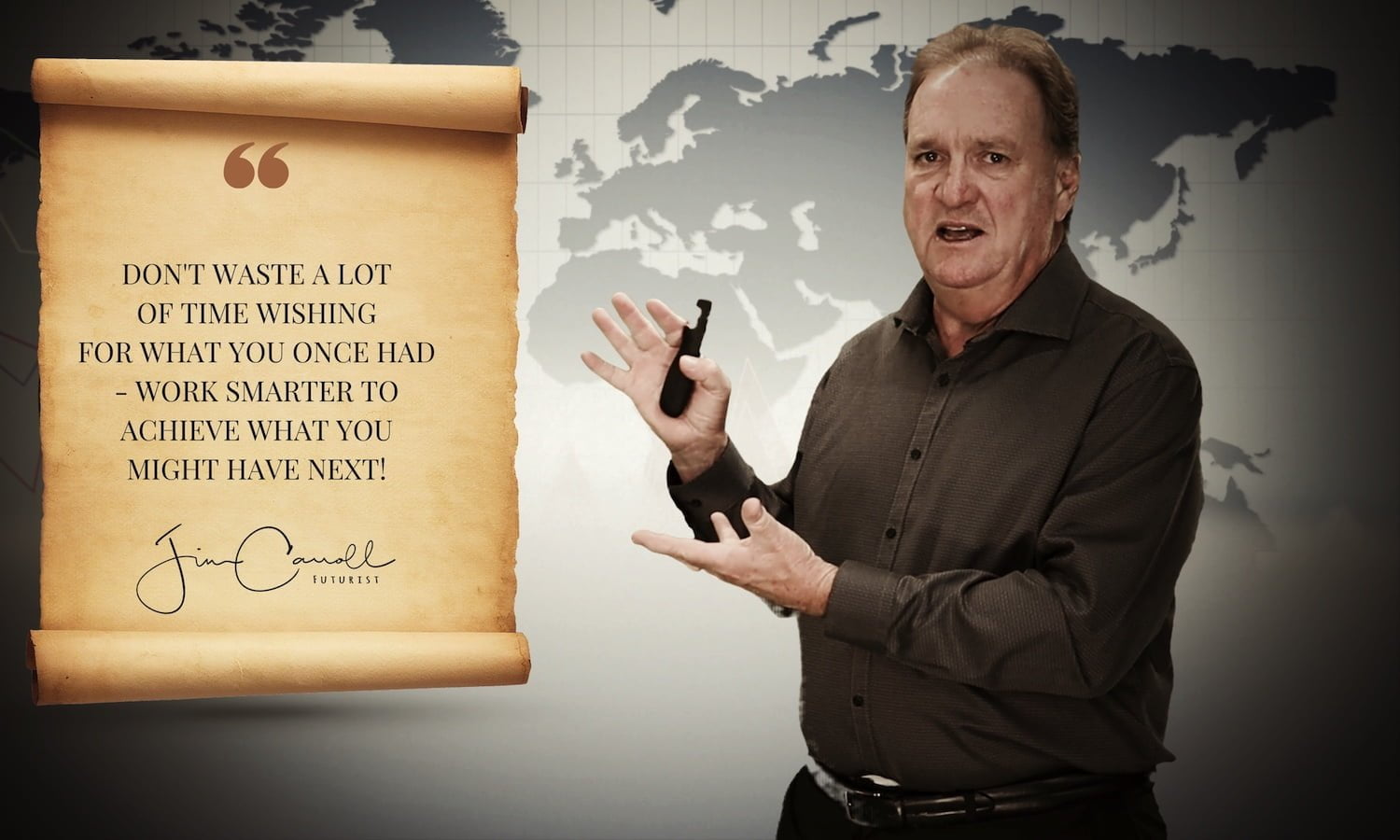 We all too often fall into the trap of looking back at where we were and figuring out how to return there, rather than focusing on where we could be going next.

The result is that when ‘next’ comes along, we are ill-equipped to turn it into an opportunity – it becomes a nefarious, destructive threat instead!

This is certainly at the root of many an innovation failure with successful legacy organizations. I’ve spent far too much time working with and seeing companies that are far too tied to their past market, product, or industry success, to such a degree that they forget to focus on the future. The result is that when disruptive change comes about, they are blindsided, and end up thrashing about in a series of strategic missteps aimed at preserving the past rather than building the future.

At a personal level, many of us are guilty of the same type of dangerous thought process. We cling to our old skills while new ones are being reinvented all around us; pursue opportunities within our career path at the very time that path is disappearing due to the emergence of new careers; struggle to keep alive old opportunities while missing the realities of the new ones unfolding all around us.

Spend more time thinking about where you could be rather than where you were.

Don’t obsess over what you have lost – focus on what you could win.

Give on the idea that you are going back to where you were – and concentrate on where you could be going to!

Because the reality is this – time moves on, and you should too!