Home   >   Uncategorized   >   Daily Inspiration: “The future is no longer about tomorrow – it is about today!”

Daily Inspiration: “The future is no longer about tomorrow – it is about today!”

“The future is no longer about tomorrow – it is about today!” – Futurist Jim Carroll 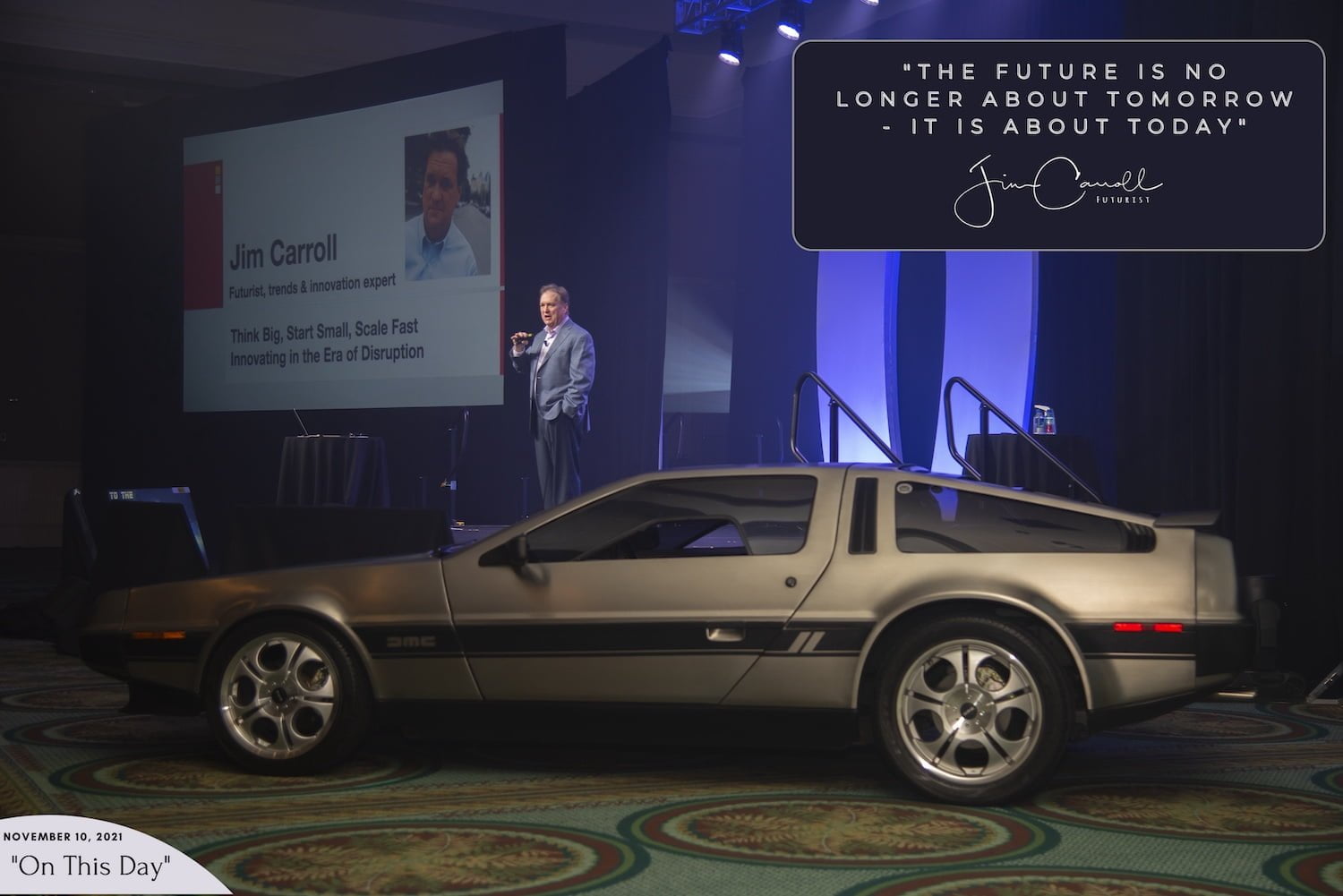 When inviting a futurist on stage to open a corporate or association leadership event, people love the Back to the Future theme! Over the years, I’ll often find myself not only with a fantastic stage setup, but also a DeLorean from the film.

Such was the case a few weeks ago when I opened the first leadership get-together for the newly formed Siemens Energy corporate event in Orlando, Florida, just a few weeks ago. The senior VP, in his opening remarks, actually rolled into the event in the car in a flashy pre-taped mixed with live special-effects driven intro. It was spectacular!

That’s my job too – I will often set the stage, while on stage, to put into perspective the reality that what you thought was far away is actually here today; the future trends you were once speaking about are actually today’s reality; yesterdays science-fiction is today’s real-world truth.

At a recent keynote to executives within the direct marketing industry, I outline some truths as to the future: