Headlines: What’s Really Going On With the Chip Shortage?

It’s not a chip shortage – it’s an agility, planning, and speed mismatch. Watch this video I filmed in my virtual broadcast studio, using the automotive industry as an example of what happens when you don’t accept the reality of your future, and don’t align to the disruptive speed of change that is required. 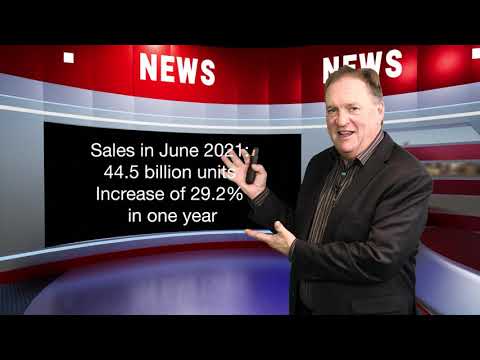 Here’s what you need to know!

“It’s not a chip shortage – it’s a cautionary tale of what happens when you align to the future too slowly!” – Futurist Jim Carroll 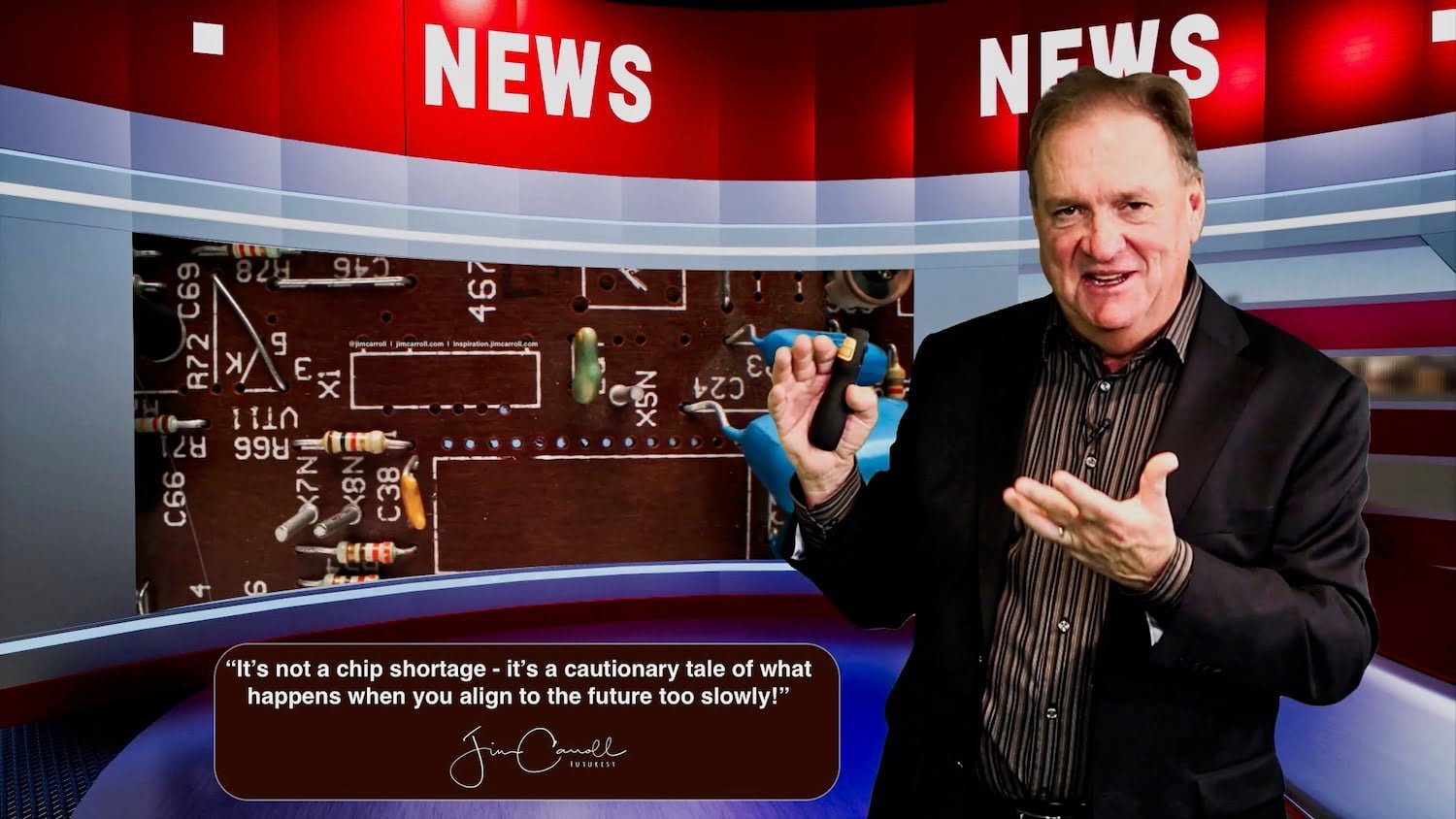 It’s the car companies’ own fault.

They were too slow to accept the reality that the future of the automotive industry doesn’t lay within the engine, but within the programming; they didn’t understand that connectivity is the new horsepower; they failed to appreciate that when everything becomes a technology story, the pace of change accelerates.

The upshot of this head-in-the-sand strategy is that they kept on doing what they’ve always been doing, building the cars and trucks of yesterday with the methodologies they used in the ‘before-times,’ refusing to accept that their industry was changing. Except, it did.

The result is that they can’t buy the chips they need to build the olden-day cars they hope to bring to market tomorrow. I filmed a show yesterday in my virtual broadcast studio that examines the harsh reality of what lays behind the headlines. Some of the statistics and insight are staggering:

I golf with a buddy who has an order in for a 2022 delivery of the new electric vehicle from Mercedes. I’d hate to tell him this, but is highly unlikely that he will get it when expected, because Mercedes, like most other car companies, is structured for an era of slow in a world that is fast. The reality of this story is that it’s not a chip shortage – it’s a planning and speed agility mismatch. Olden day car companies have architected supply chains, vehicle design, and strategy assumptions around the way they built cars yesterday, using the designs that were relevant in the past, and did not do what is necessary to align to a new future in which Silicon Valley controls the speed of innovation.

Here’s how you know they missed the boat – some of you will know I bought a Tesla Model 3 in August. Tesla has architected their car so that it receives a regular series of software updates to improve features, add capability, or align to the new infrastructure of the car. For months, I was wondering why I never received an update for the longest time from the purchase date. It turns out that my car was among several thousand that were using an entirely new set of chips that Tesla managed to source within the reality of the shortage – and so it was taking its time to reprogram the software for our vehicles to align to the new design. 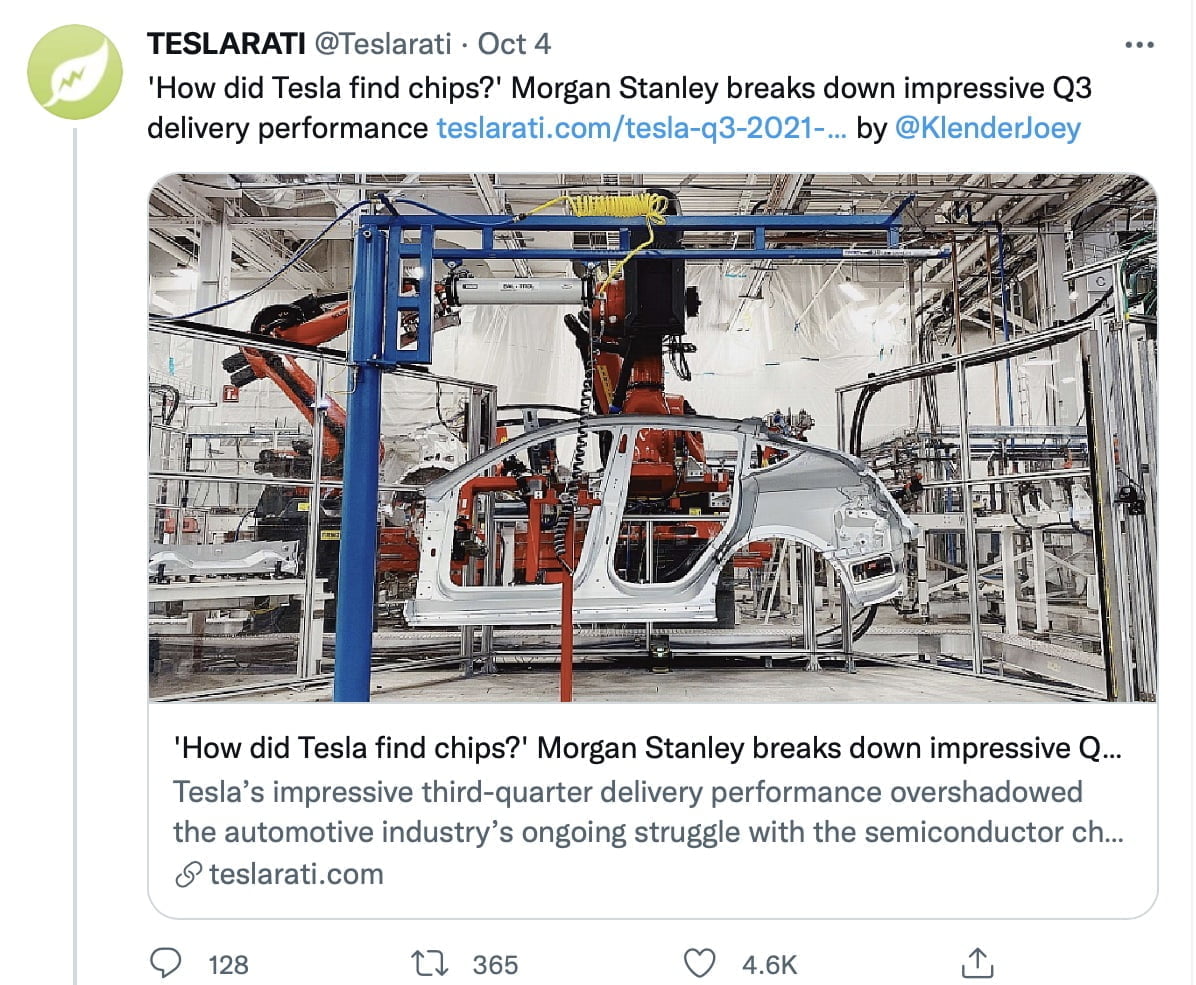 Read the story. Behind the scenes, this is what Tesla had to say on a recent earnings call.

Go back and read the article: here’s the tweet leading to the Morgan Stanley report.

The simple reality is this: car companies failed. And all around you, you’re witnessing similar failure in other industries. You are being told that there is a chip problem – and yet, semiconductor sales are up 29% this year over last year. Someone is getting them – the industries and companies that are aligned to the future!

Every industry is becoming a tech industry, and most companies are ill-prepared to react. The result is the ‘chip shortage’ headlines that are seeing, in which these failures are trying to blame chip companies for their own strategic witness.

These current events have a profound impact going forward – the winners and the losers will be defined by the ability to align to a new, faster speed. Remember my line? “The future belongs to those who are fast!” Yup! Watch the video I filmed in my virtual broadcast studio, using the automotive industry as an example of what happens when you don’t accept the reality of your future, and don’t align to the disruptive speed of change that is required.