Check out my page, The Reality of Disruption: (24 Reasons Why Your Company Might Die Before You Get Old). It’s right here: http://disruption.jimcarroll.com

Study the list. What trends are you likely at risk from?

Then watch this short video about caskets and disruption – and consider why your business model might actually die before you get old!

Here’s the thing: in the 1990s, when e-commerce arrived on the scene, someone thought it would be a good idea to allow you to buy a coffin online.

The funeral industry fought back — after all, they had margins and business models to protect.

Of course, that failed. Today, you can buy a coffin online. (Which begs the question — if you buy it in advance, what do you do with it? Stick it in the living room for now and use it as a coffee table? Used it as a toy chest for the kids?) 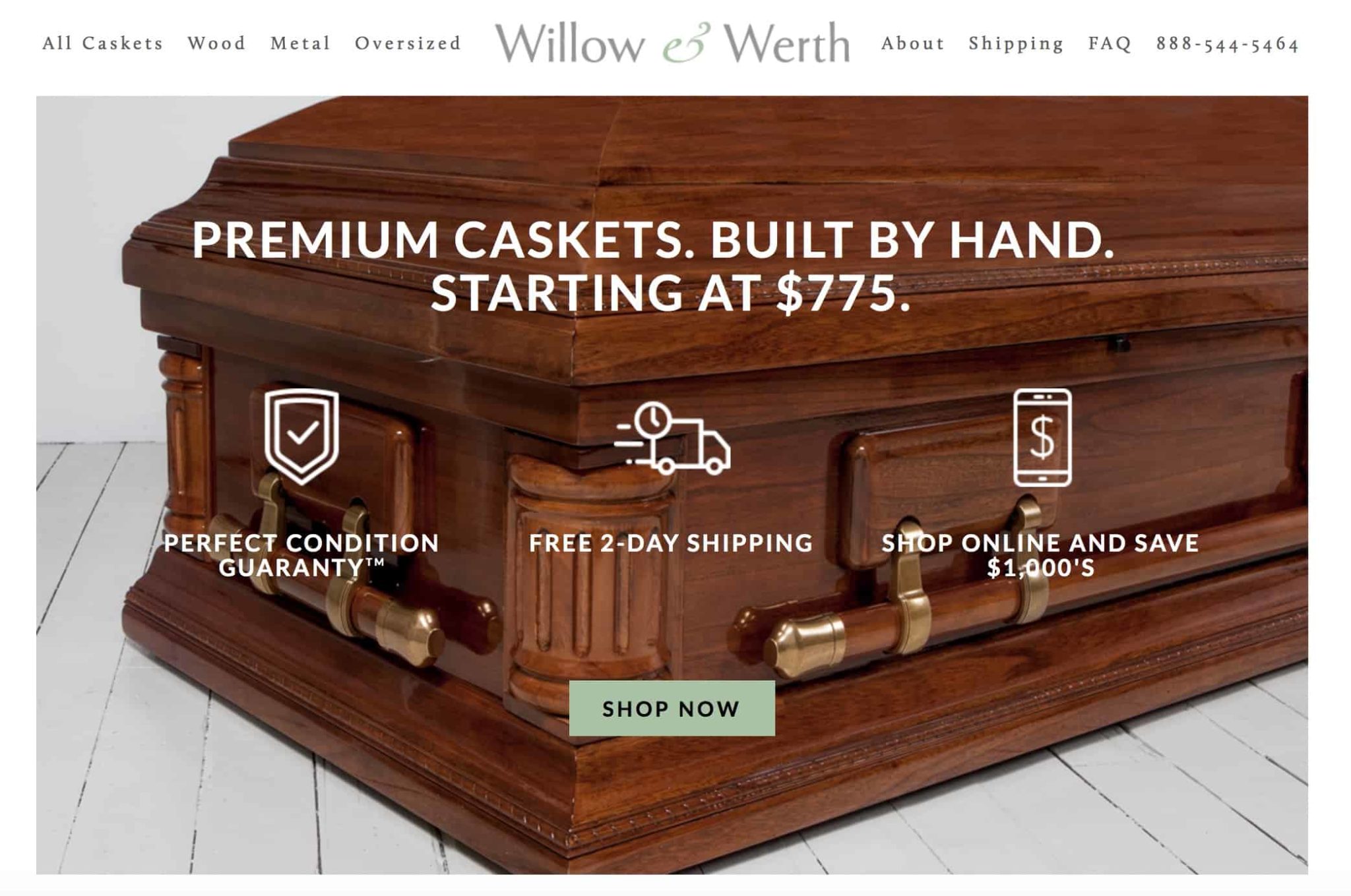 Disruption was all over the early days of the Internet, and entire industries tried to ignore it. Along came Napster, and with it, outright music theft through online haring. Yet at the same time, folks experimented with business models involving the sale or licensing of music via digital music files. The music industry fought against that — they essentially fought a war against the idea of digital media.

How did their battle against the future turn out? Not well — eventually Apple came along with iTunes and a business model that worked. It took a while, but the music companies eventually figured out they had to adapt and align to the future, rather than fight it. Today, Spotify owns the industry; record companies, who tried to fight back, play an old, marginal role.

History has a nasty tendency of repeating itself, and legacy companies keep making the same mistakes. So it is with car companies and the massive disruption occurring in the auto industry today. It seems many would still rather fight the future than be a full participant in it.

I give you Toyota. LOL.

You aren’t ready for the big disruption? Deny it, fight it, spread fear and loathing around it. LOL.

This is not new though – a few years back, I reported on GM doing the same thing. It seems they’ve had a bit of a change of heart since – but they are now a LONG way behind.

The company was busy battling back against the disruptors and upstarts, trying to suggest only established car companies should be able to innovate in the space:

“With states seizing the initiative on shaping the future of self-driving cars, General Motors is trying to persuade lawmakers across the country to approve rules that would benefit the automaker while potentially keeping its competitors off the road. ” New York Times, February 23, 2017

In other words, GM was doing the same thing that the funeral and music industries did in the 1990s and early 2000s.

How do you think this will end up?

Two key points come from this:

There should be a lesson for anyone! Here’s what I wrote some months back. This is your reality! “Your effort in ‘business model preservation’ to avoid ‘business model disruption’ will probably be the death of you!” 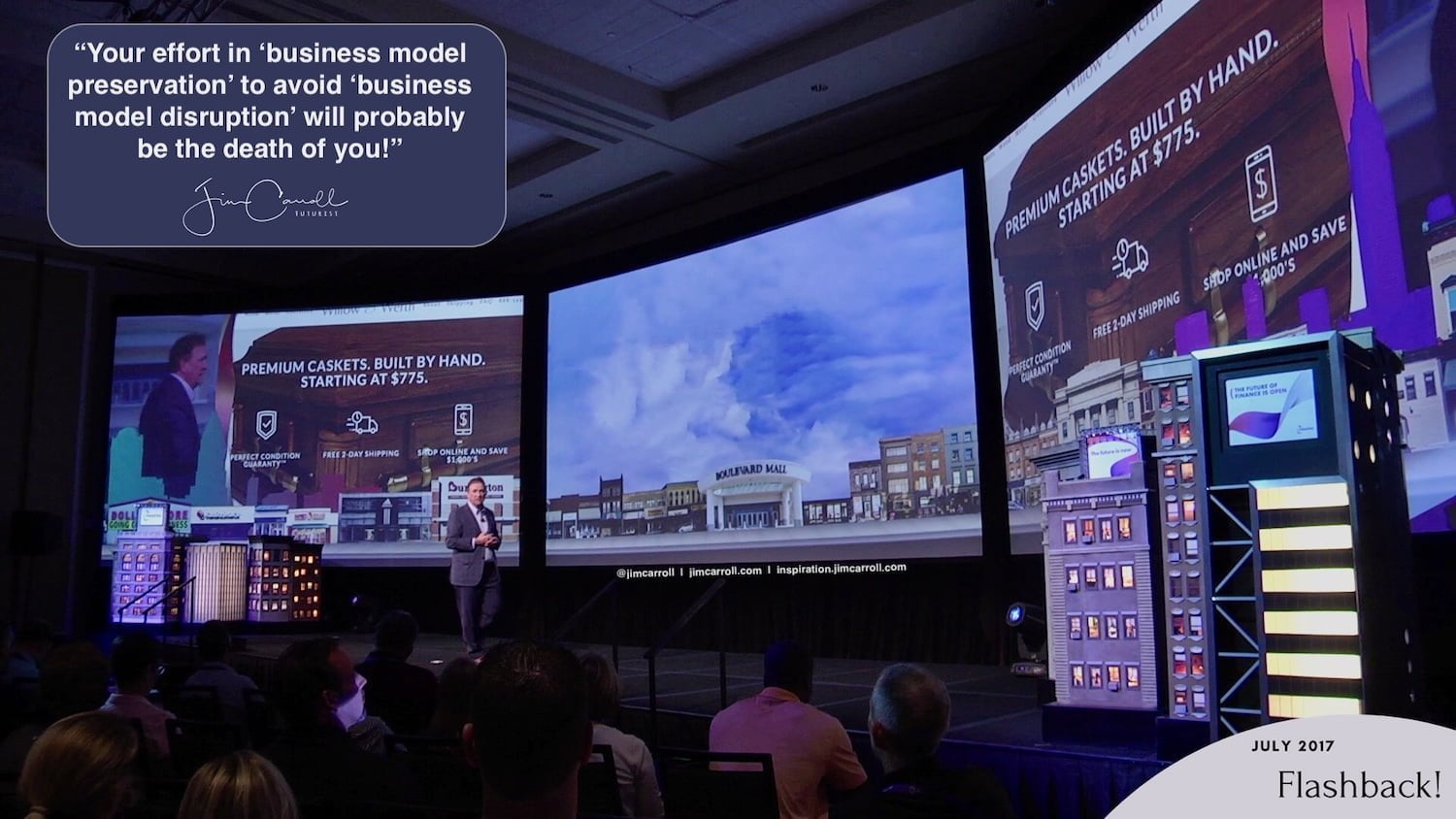 Here’s a little more about selling coffins online. Back in the dot.com days, my co-author and I wrote a book – “Selling Online: How to Become a Succesful E-Commerce Merchant.” Released around 1999 and updated with later editions, the book saw editions being sold in Canada, the US, Germany, Russia, and (unauthorized) India. We were told by many, of course, that the idea of e-commerce was doomed to fail – the Internet would never amount to much when it came to being a sales channel! Retail would always see in-store traffic! Selling online was but a fad! And the dot.com collapse of 2001, driven by a wave of hysterical expectations, certainly put some wind in the naysayer’s sails.

And yet, over time, the idea took hold – and in 2020, Covid-19 had different ideas about the role of online shopping, forever shaping the future of retail! We are now at the point of no-looking back – by way of example, Nike recently announced it was going to concentrate on e-commerce as its primary channel for the future.

But back to 2000 – as reported in the media, the results were predictable when someone tried to sell coffins online – the funeral industry saw it as a threat:

In March 2001, an Internet casket retailer brought suit in the federal district court in Oklahoma, challenging an Oklahoma law that allows caskets to be sold to state residents only by state-licensed funeral directors. Last month, the FTC filed an amicus brief in support of the online retailer. The suit, Powers v. Harris, is ongoing.

The funeral industry suggested only they – being properly licensed, accredited, approved – had the expertise to sells coffins. Today, car companies and automotive dealers are arguing the same thing when it comes to Tesla selling cars directly online – ‘it should not be allowed.‘ There are countless other examples – music companies tried to preserve a dying business model for decades.

These efforts are almost always doomed to fail. And it raises a valid point – far too many industries try to preserve their existing business model in the face of business model disruption. They don’t understand that it’s not about ‘preservation,’ and that their efforts are pretty much guaranteed to fail. The same thing is happening today with efforts by Tesla to sell cars online.

If preservation is your mindset, you might want to check your assumptions, because you’ll probably find your idea soon to be embalmed.

The funny thing about the future is this: it happens, whether you like it or not. It’s better for you to participate in it rather than fighting it.