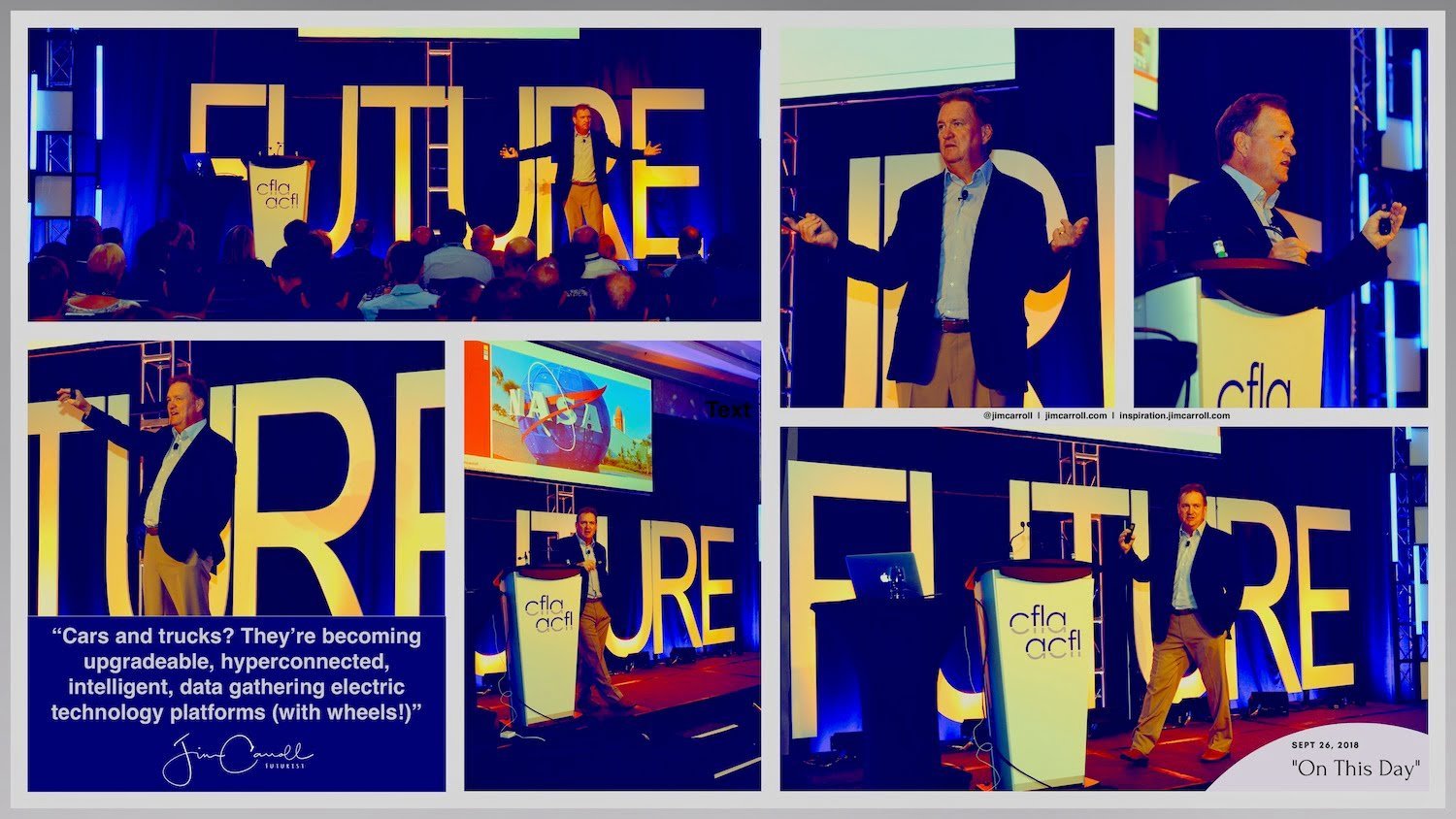 A keynote for the Canadian Finance and Leasing Association – with the basic premise that what they lease in the future, how they do it, the nature of the contract in place, and the person or organization they are leasing to – are all undergoing a massive and fundamental change.

I covered the role of cryptocurrency and blockchain in future contracts as well as vehicle maintenance and tracking; self-driving and electric vehicle technology; legacy car companies vs. disruptive upstarts such as Tesla; the fact that we probably won’t even buy cars at some point in the future (“mobility as a service”), and the collapsing attention spans of the next generation when it comes to purchase and lease decisions.

Basically, vehicles have been built the same way for the last 100 years — they run on carbon, are driven by people, don’t connect with other vehicles, and operate independently. The business model has involved “car dealerships” and “car salesmen”, and manufacturing models that involve putting vast quantities of product into inventory in traditional showrooms.

Now, for the first time in over 100 years, massive change is underway. More vehicles will be based on alternative energy sources rather than carbon. A growing number will drive themselves, at the same time that they interconnect with other vehicles. They’ll operate on very sophisticated, intelligent highway infrastructure that will have a profound impact on energy efficiency, traffic patterns, and urban and highway design. It’s a future in which a large number of the next generation of transportation users might not even actually purchase a car, but simply use some type of vehicle or community sharing service. If they do actually purchase a car, they will likely do it online. All this is occurring as the speed of innovation in the transportation sector is shifting from the traditional pace of automotive/trucking to that of the hyper-innovation of Silicon Valley.

These trends promise a massive shakeup not only to the automotive and trucking industries but to parallel industries such as manufacturing, finance, insurance, urban and municipal services, government roles, and economic development.

Much of my talk was built around my post “54 Things You Haven’t Thought About with Electric, Self-Driving Cars”. Read it here – and be prepared to admit that your view of the future is pretty limited.

“54 Things You Haven’t Thought About with Electric, Self-Driving Cars”

THIS is reality – watch this highlight clip:

Change? Your car is about to become your concierge. A personal robot. And so much more. 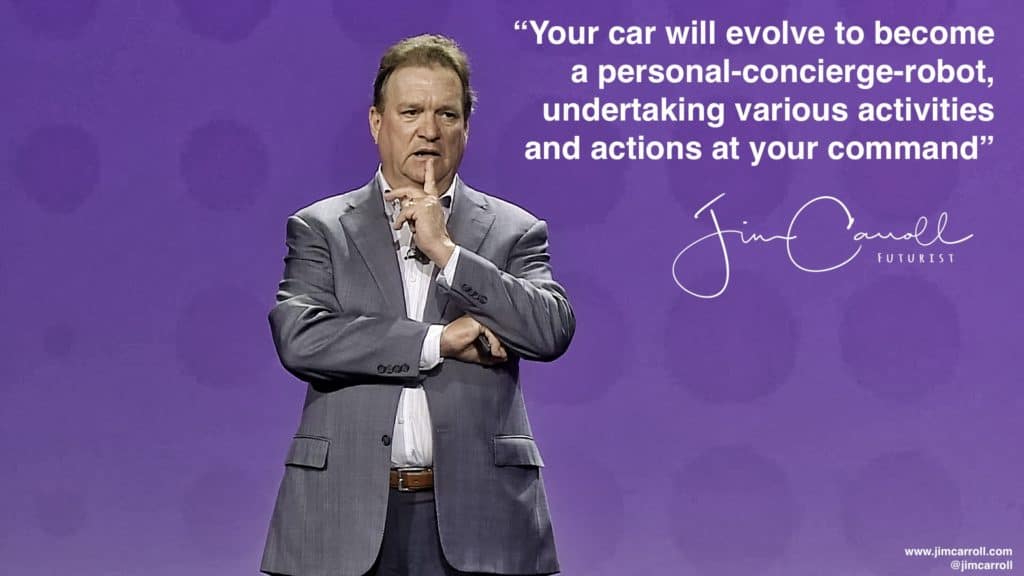