Daily Inspiration: “Oil is over. Solar is the future. Batteries are everything. It’s not your grandad’s grid anymore!”

“Oil is over. Solar is the future. Batteries are everything. It’s not your grandad’s grid anymore!” – Futurist Jim Carroll 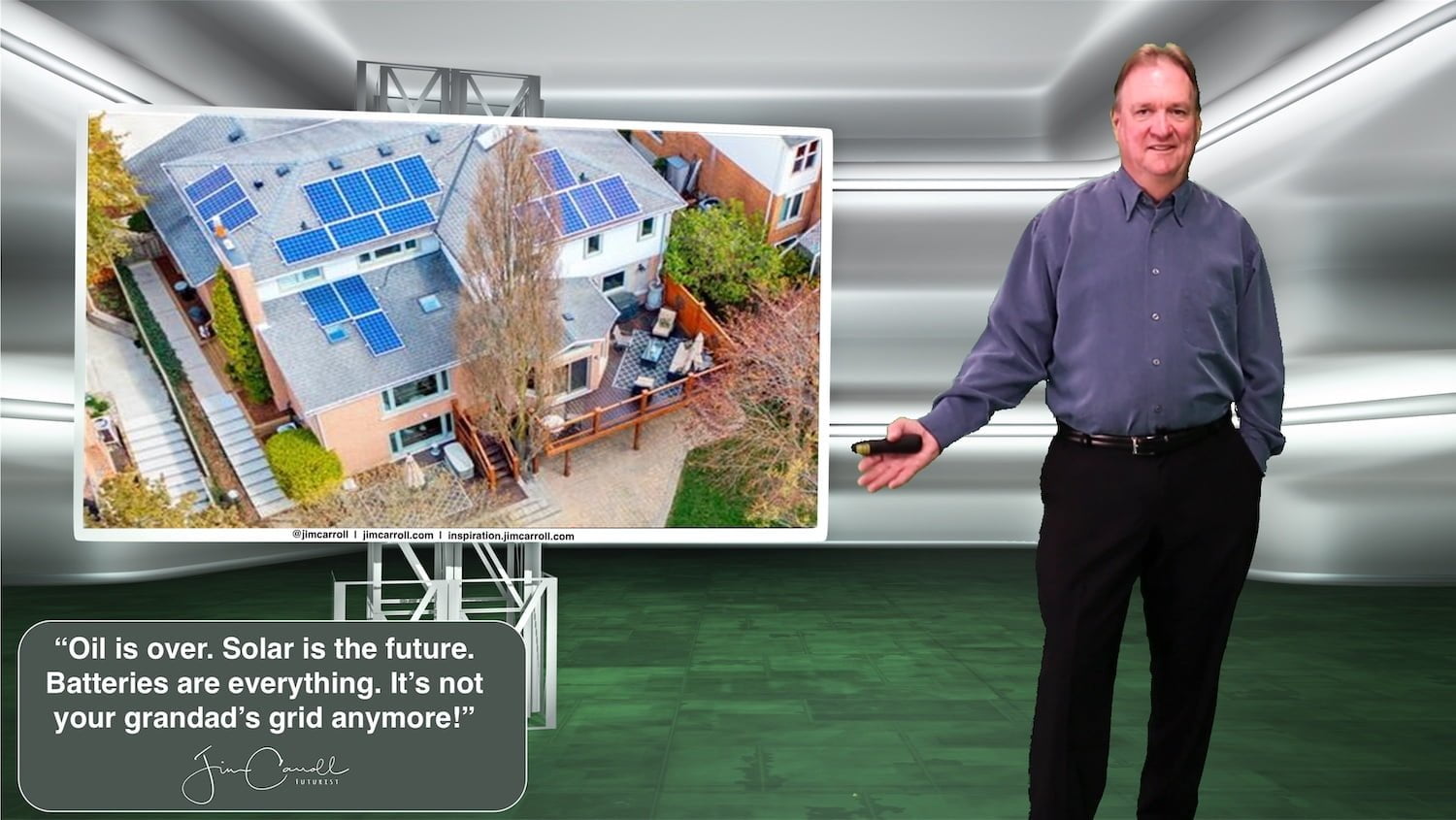 All of us now live in a time in which the use of carbon in our lives has begun its inevitable decline! You might not notice it happening, but you are immersed in the trend. Within 10 years, most of us will drive electric; we will power a good part of our daily energy use with renewables; the grid in which we are connected will be massively two-way and intelligent; and without noticing it, we’ll see a preponderance of battery storage throughout our energy lives. Oil and carbon, as an industry, are essentially over; Bloomberg suggests that 95% of all future energy investment to the year 2050 will be in renewables, grids, batteries, and electric.

I’ve been talking about this reality for several decades, but am not actively immersed in it. One of the most exciting things about my new home is the solar setup on the roof. We generate a healthy amount of electricity with our south-facing exposure, with an infrastructure that is silent but active. Some of the energy is consumed during the day as we power up our lives – working at home, which promises to be a significant amount. The unused excess is fed into the energy grid of my local utility, which earns us a healthy rebate through the year. I’ve suddenly become an energy producer and an energy consumer.

And the cool thing is that the batteries in my Tesla Model 3 are now, throughout the day, energized directly from the sun when I plug in at home. That’s but a starting point – I don’t yet have the technology that would turn the car itself into a battery storage system that could then feed energy directly back into the house if needed, but that technology – known as V2G or vehicle-to-grid – is coming at as quickly

We live in extraordinary times!