Daily Inspiration: “Don’t do the same thing. Do your own thing!”

“Don’t do the same thing. Do your own thing!” – Futurist Jim Carroll 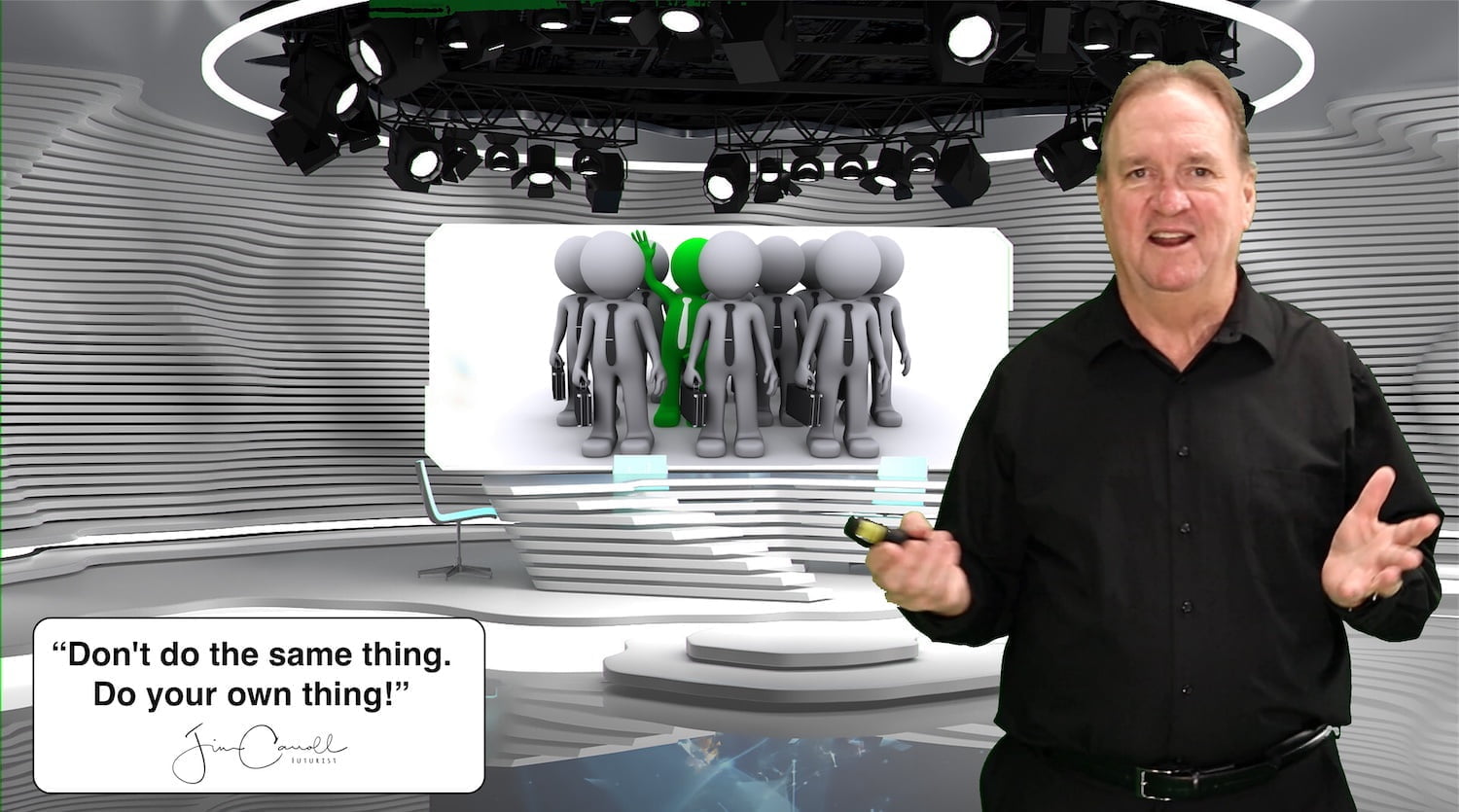 Be that one in every crowd!

The oddball.  The rule-breaker, the rebel, the misfit!

Innovation is not always a team sport – in fact, it often thrives at a rebellious, individual level. Disruptive concepts are often found, and best nourished, alone in your mind, at one within your creativity!

This type of thinking was once wonderfully characterized by Steve Jobs:

Here’s to the crazy ones, the misfits, the rebels, the troublemakers, the round pegs in the square holes… the ones who see things differently – they’re not fond of rules… You can quote them, disagree with them, glorify or vilify them, but the only thing you can’t do is ignore them because they change things… they push the human race forward, and while some may see them as the crazy ones, we see genius, because the ones who are crazy enough to think that they can change the world, are the ones who do.

One simple reality should guide your every reaction – you will often be held back by those who surround you. People cling to the belief that the only decision is a group decision; that consensus is the goal, not just a process to be considered. The idea is that every decision is only a good decision once everyone has signed on. The concept is that any type of individual thinking is inferior to groupthink.

Ignore that thinking – to your own creative self, be true!