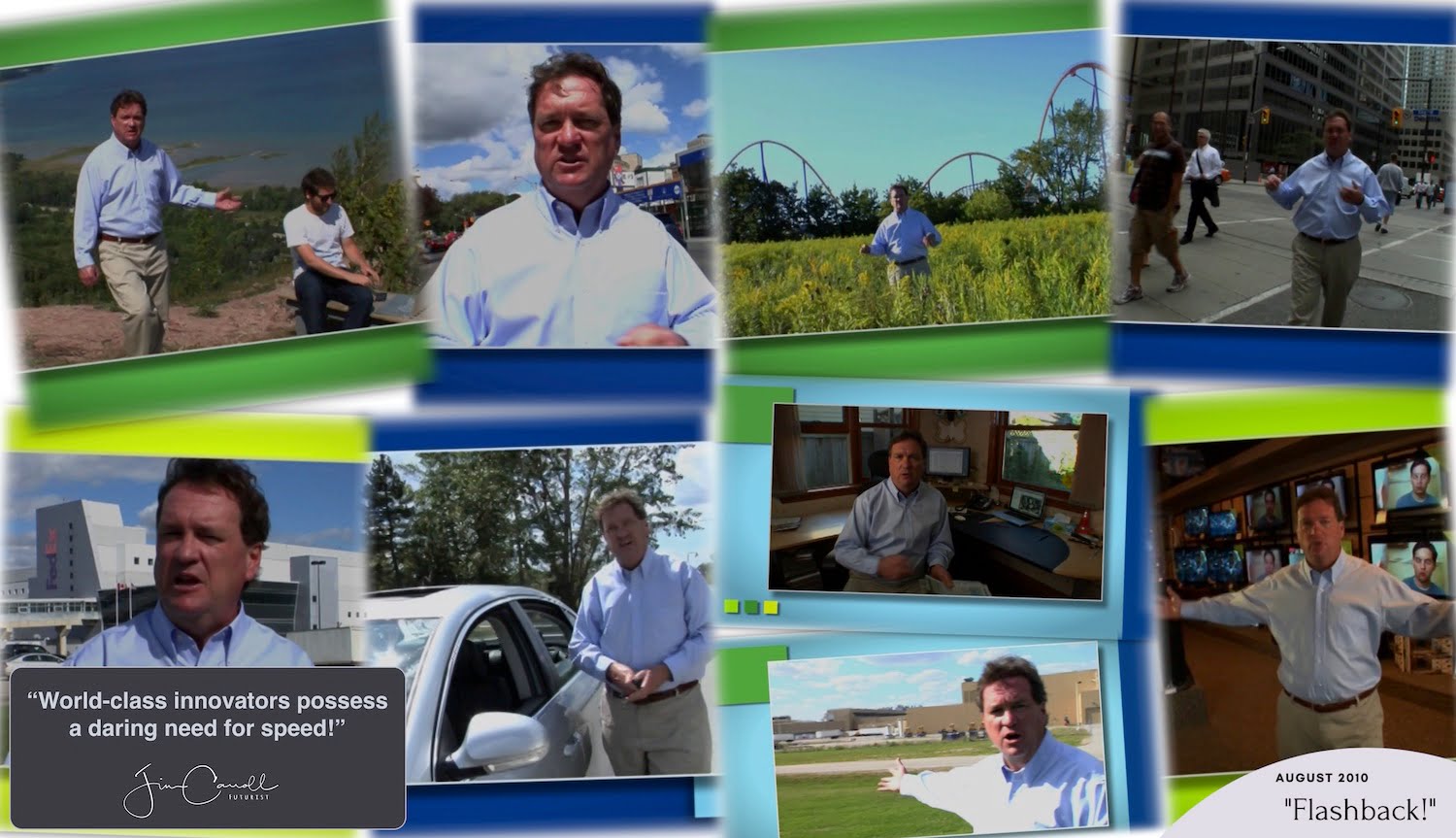 This was a fantastic custom film production I did for Deloitte South Africa starting on this day in 2010!

They needed a keynote on this theme; I was busy with other projects and couldn’t travel, and so we did the next best thing! We filmed an epic, professionally produced video that captured a key theme I had been developing with my research.

With the assistance of my good friend David Mitchell of Riverbank Pictures, we filmed multiple scenes through downtown Toronto, at Pearson Airport, and up north on location at various locations around my ski club, Georgian Peaks. We topped it off with a quick hit-and-run video shoot on the boundary of the Honda of Canada plant in Alliston.

The client was thrilled with the end result – it was used to open a major corporate event around the theme of aligning to the future. Almost 9 minutes long, the video captured 10 key attributes of world-class innovation, an overview I had been focused on based on my experience with Fortune 1000 companies around the world. Here’s the full clip.

We filmed over a two-day period. It’s a family affair here – my son Willie performed a wonderful role in assisting throughout the project, acting as ‘grip’ – the fellow who organizes, moves, assists, lifts, and more. (He was a little more engaged than seen in this photo!) 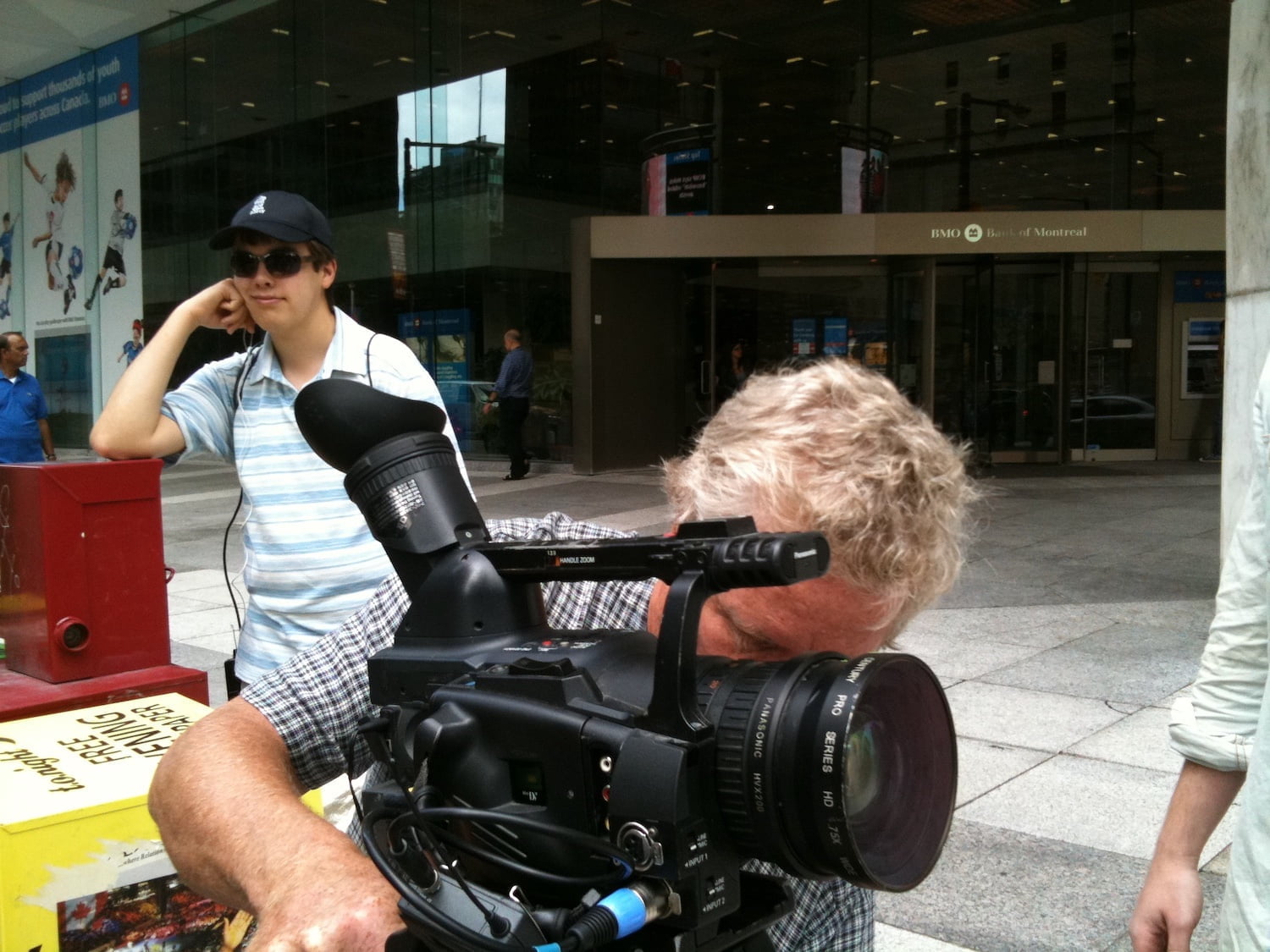 And for those who know me personally, the fact that we drove an SUV up to the top of the Wiggle in order to lay down some film rails was an absolutely epic moment! 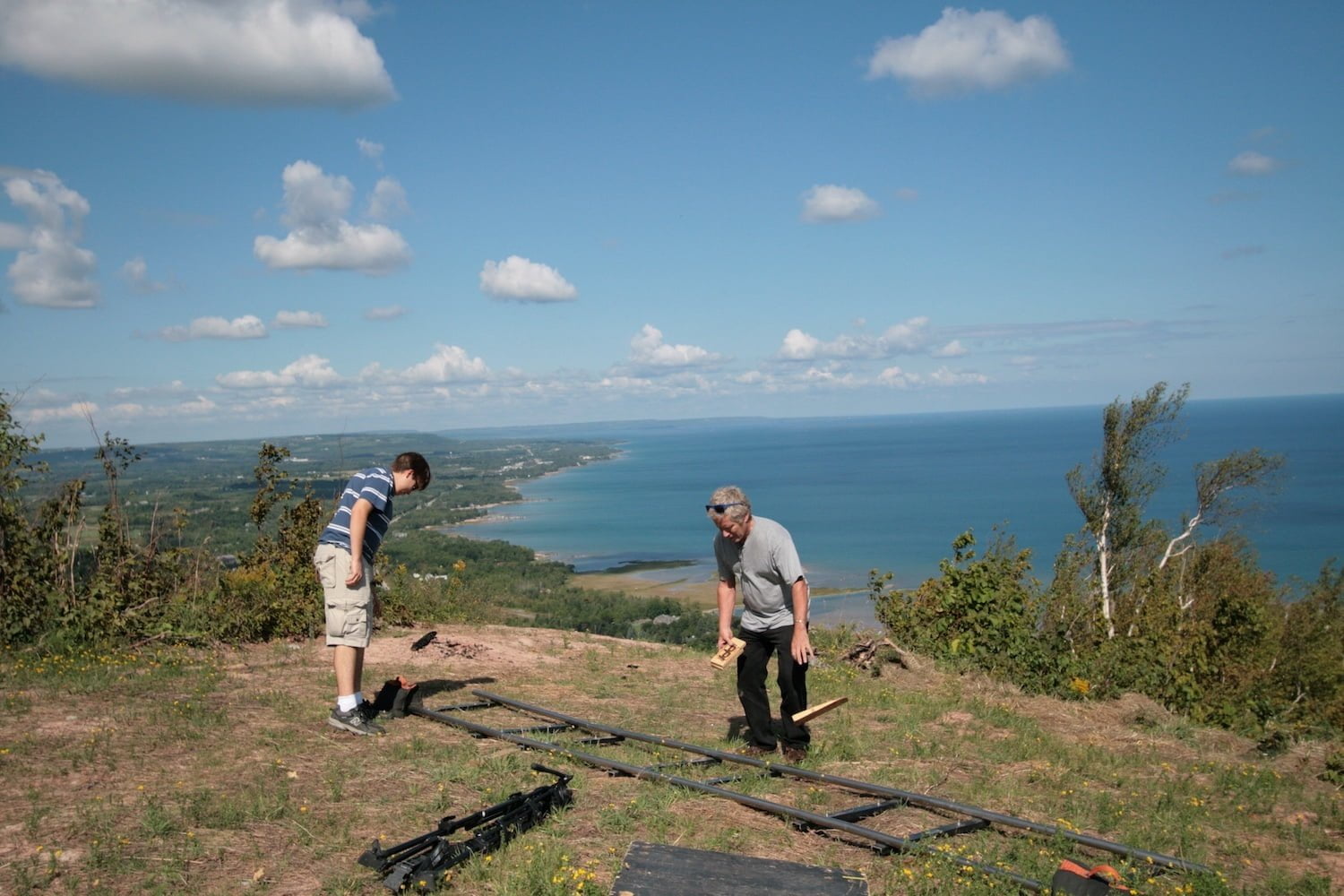 My favorite scene involved a 15 second long bit where I was capturing the essence of the theme that world-class innovators possess a daring need for speed. Standing outside the fence at the end of an active runway at Toronto’s main airport, we had to get the exact moment right when a large plane was coming in for a landing. We needed a 777, 767, or better … and this took multiple attempts until we got the timing right, This is where Willie’s skill with ATC monitoring and flight radar tracking proved to be more than just a passing hobby! Watch the final clip!

Since that time, the “World-class innovators” theme has formed the foundation for dzoens of corporate leadershiop keynotes for major organizations worldwide; I’ve got an entire keynote topic built around in. 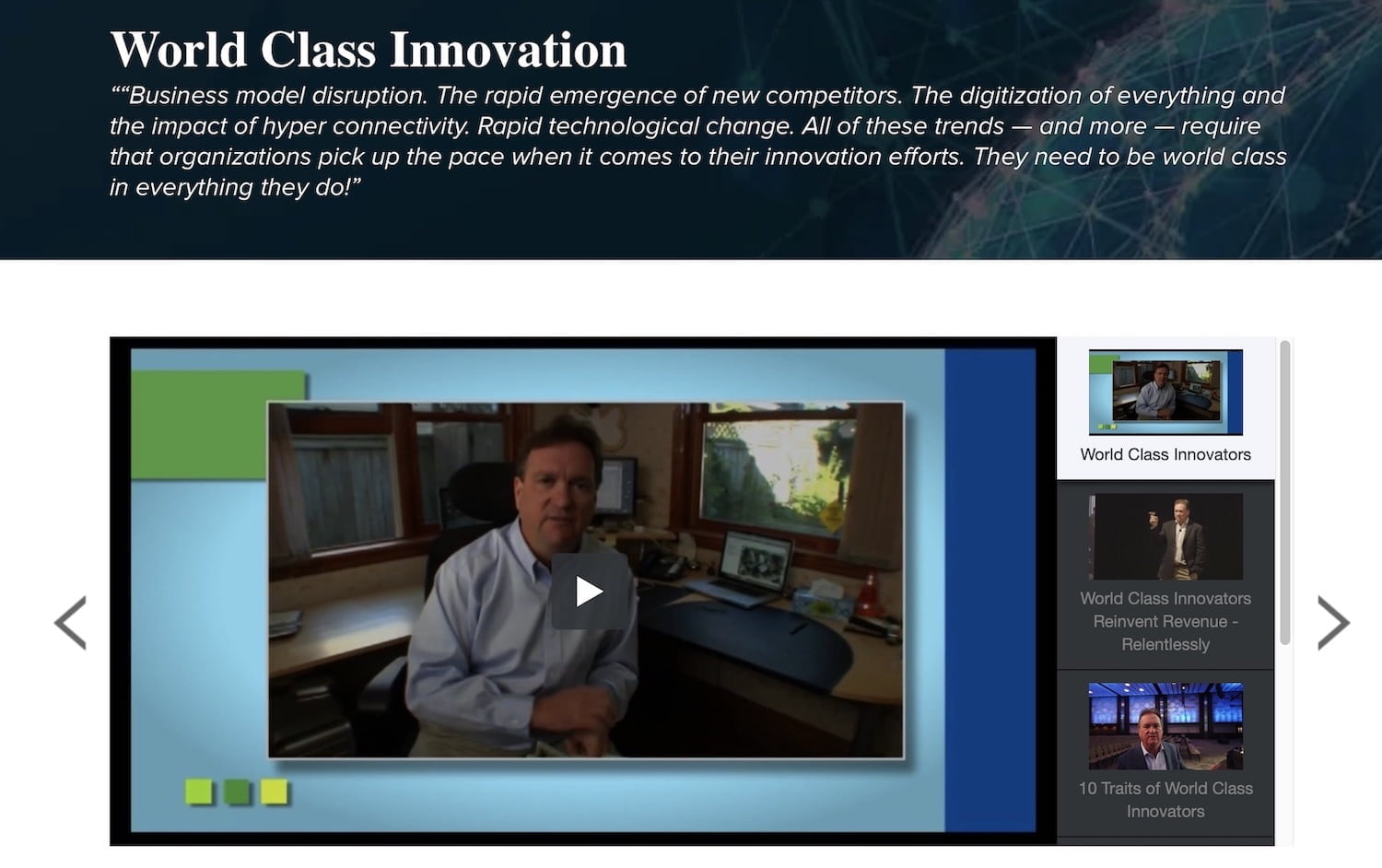 In addition, I’ve put together a comprehensive page that outlines in clear detail the key attributes they possess. Where do you rank? 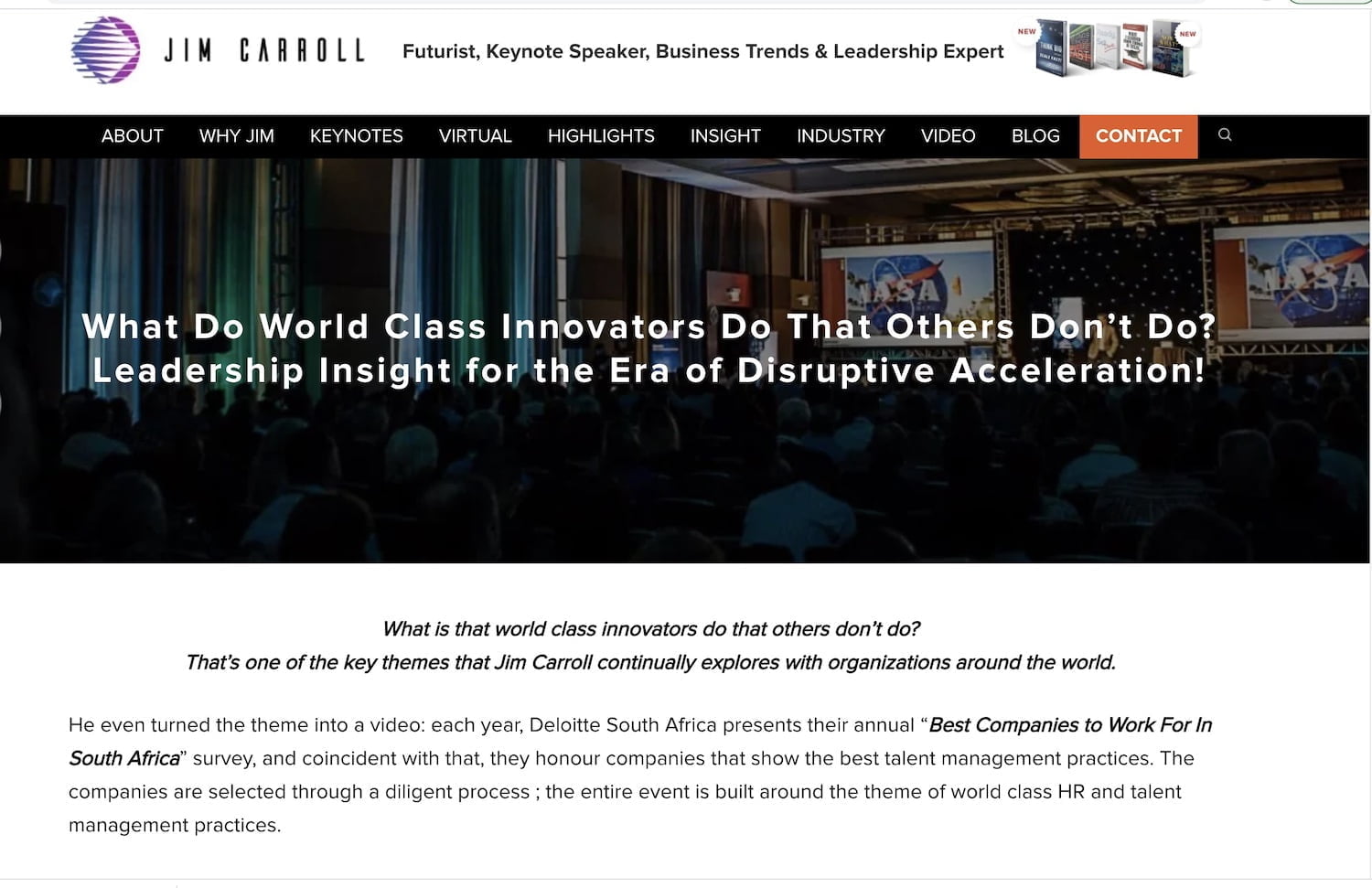 The theme never stops – I’ll regularly uodate my list with new insight, and might drop a new quick film on the theme. For example, here’s a moment where I did a pre-keynote rant on the theme, just after an early morning sound check for a Microsoft event. All in one take!

This entire project truly turned out to be one of the most magical I’ve worked on throughout my career and has certainly provided a lot of critical innovation insight for Fortune 1000 companies worldwide who ended up booking me for a keynote on the theme.