Daily Inspiration: “You can read the news to learn more about what’s going on – or follow a futurist to know about it before it happens!”

“You can read the news to learn more about what’s going on – or follow a futurist to know about it before it happens!” – Futurist Jim Carroll 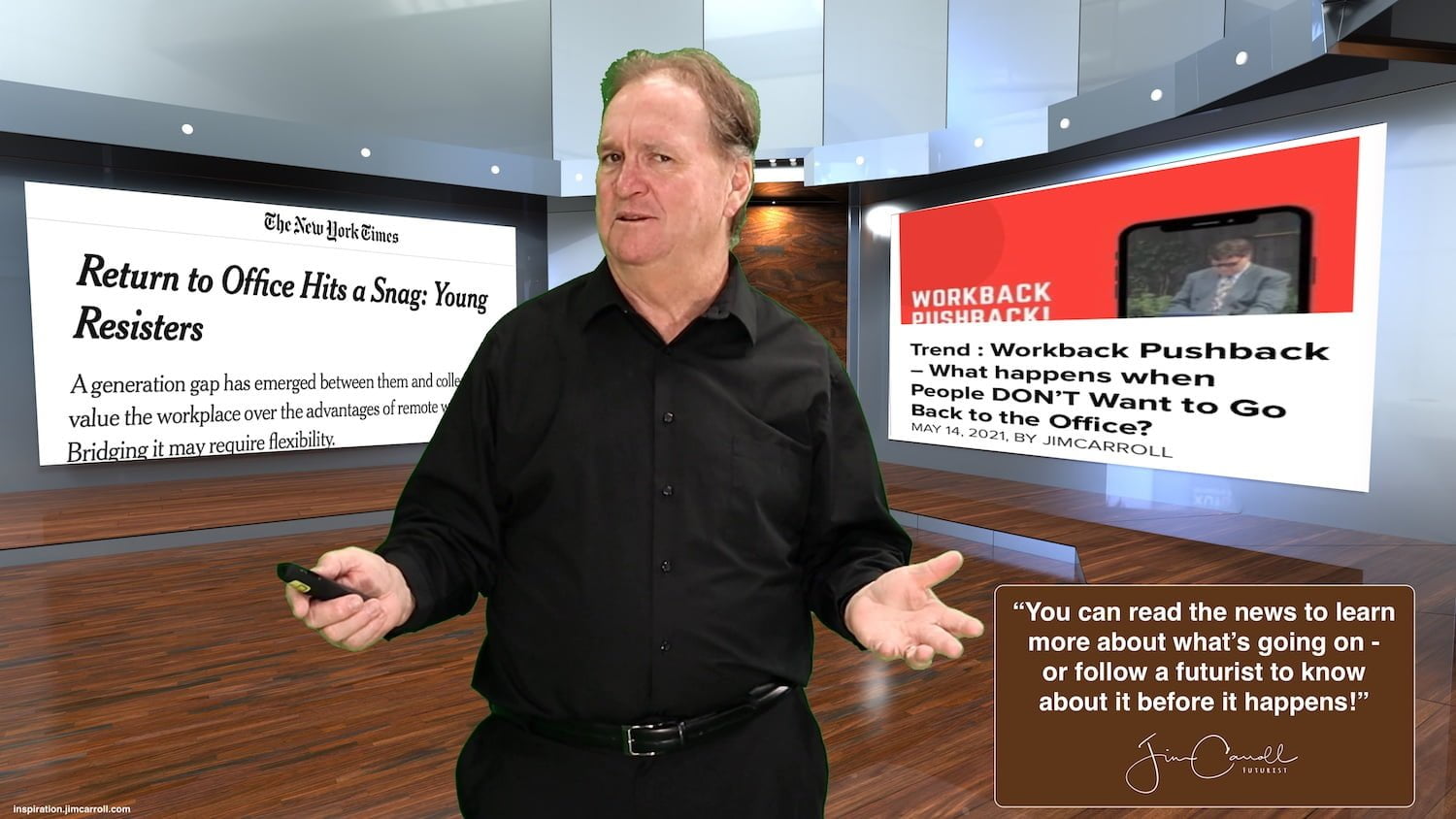 I was skimming the news last night when an article in the New York Times caught my attention:

Return to Office Hits a Snag: Young Resisters
A generation gap has emerged between them and colleagues who value the workplace over the advantages of remote work. Bridging it may require flexibility.

Wait, I thought! Didn’t I cover that way back at the beginning of March, in my Ask a Futurist series? Yup – right here!.

Are people only now starting to clue into this trend? While skimming the article – which covers much of what I identified as a big issue in a set of 10 trends I was watching in my Ask a Futurist series – I reminded myself of Carroll’s Futurist Axiom:

Folks read the news to know about what’s going on today. But if they really want to know what will be happening at some point tomorrow, they follow a futurist.

I could go on with a long list of major and minor trends I’ve identified well in advance, but won’t do so, other than to say that I’m excited to pick up my Tesla next week – a reality that I first predicted back at a leadership meeting in Mercedes HQ in Germany in 2003.

And so without further adieu, here’s what I wrote and filmed early in March, and which the New York Times finally sees as an issue.

As we start to enter the next, new phase of our post-pandemic world, what happens when people don’t want to back to the office? What happens with those who like their new space? Expect this question to dominate the world of HR, future trends, leadership, and all kinds of other topic areas in the months and years to come!

In my own case, I started working from home a long, long time ago, and I’ve been here for 31+ years. For me, it’s about lifestyle, freedom, flexibility. Lots of other people have discovered this. 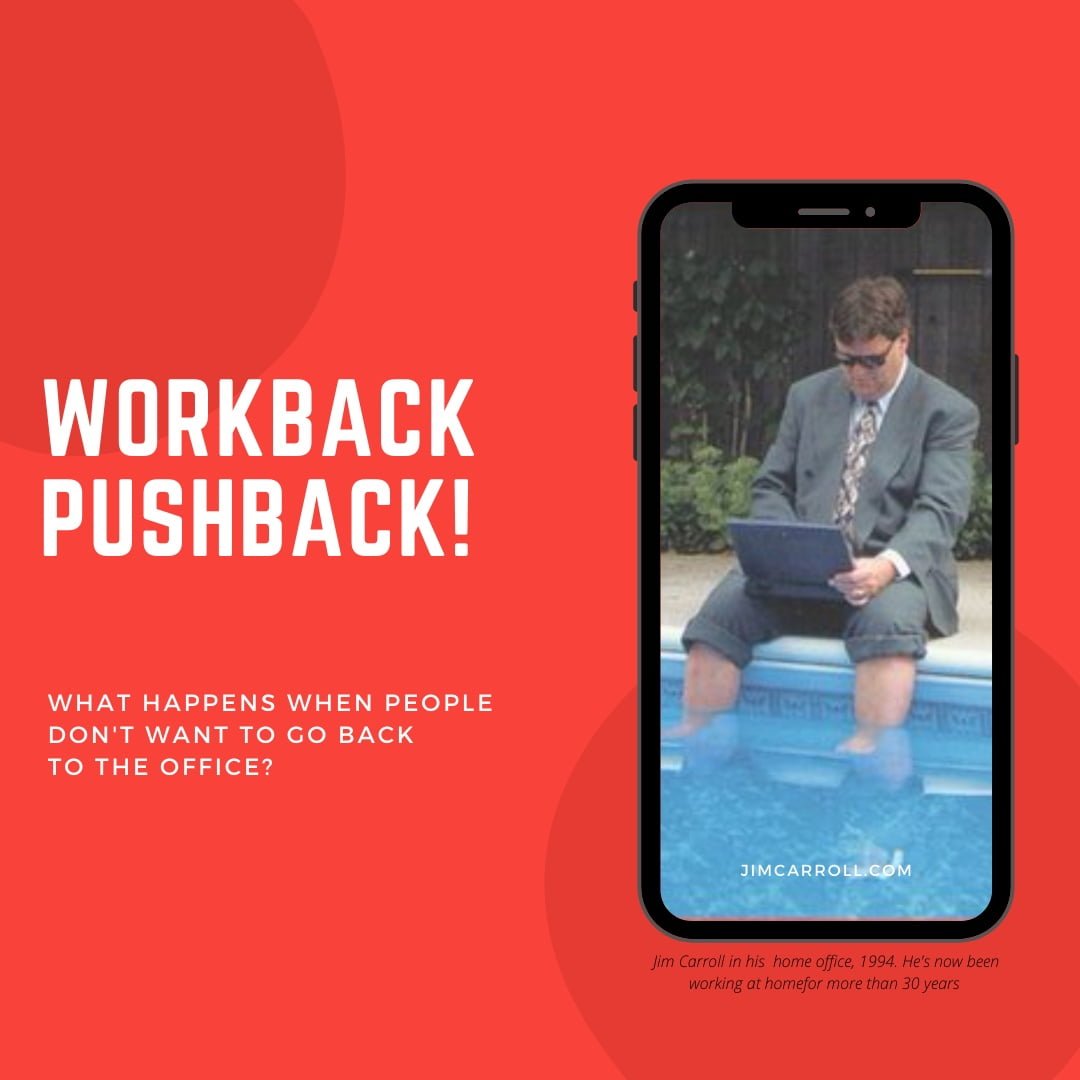 I hit my home virtual broadcast and filmed a piece about trends to watch going forward – one of which was I call Workback Pushback. It’s real, it’s going to be huge, and it’s going to be challenging!

This clip was part of a whole series of trends worth watching as we start to enter an eventual weird, post-Covid economy.  How do you distinguish real trends from fads? What really matters? It’s part of my “Ask a Futurist” video series.