They are burned out, dispirited, demotivated, tired. They’re angry at being pawns in an incessant, relentless political war. They’ve just about had enough. And somehow, they keep on going.

So here’s a teacher buddy of mine, in better times when he could get outside and do something to deal with the awfulness of his teaching world. It’s called golf. It’s illegal in Ontario right now. But I digress. 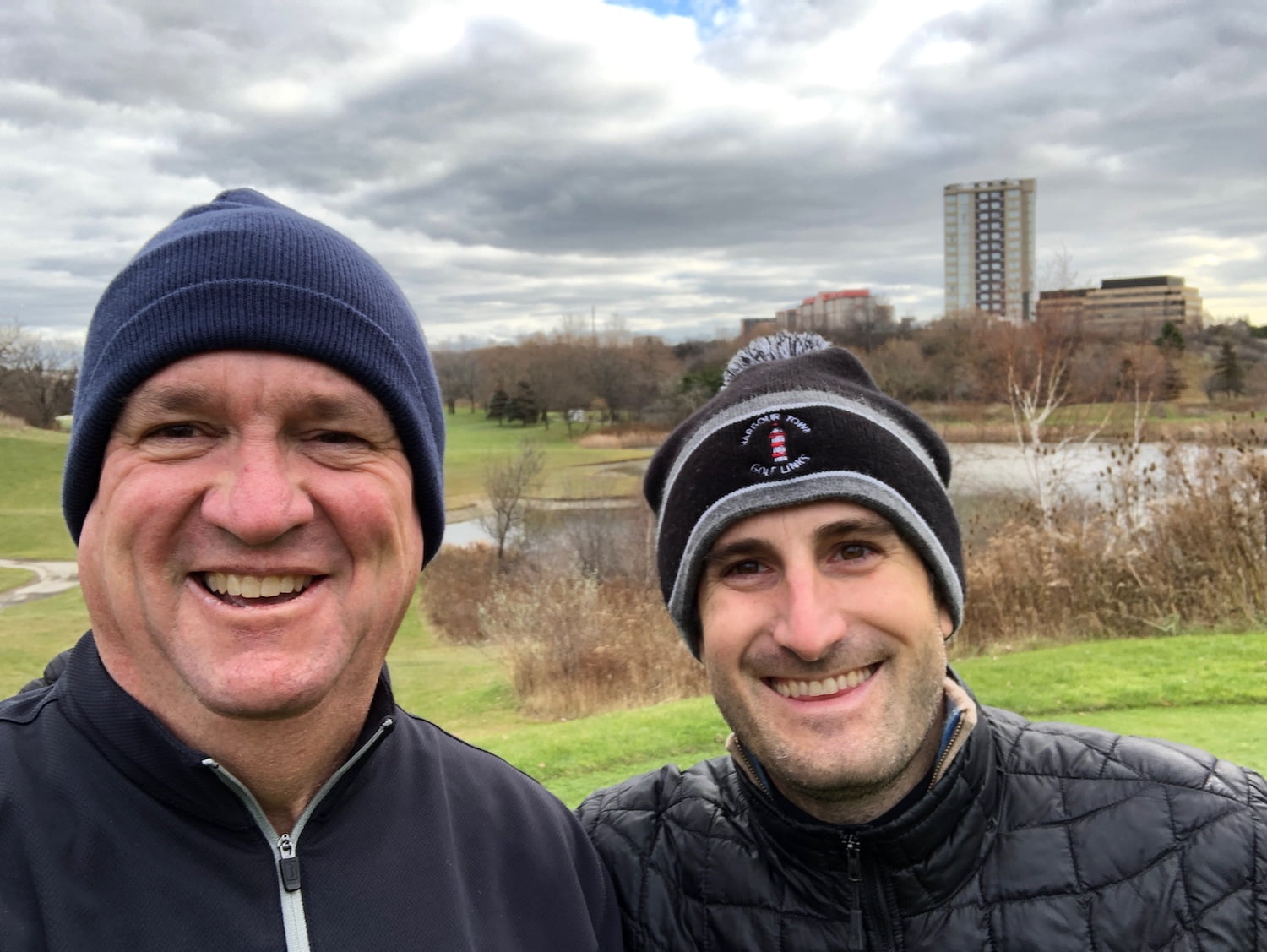 Teachers. They give a shit but seem to be the Rodney Dangerfield’s of our pandemic world.

Teachers. It’s National Teachers Day, but they really don’t have a lot to celebrate, do they?

The thing is, they care. Every teacher I know has at their core a desire to bring kids into the future – to enhance their lives, give them knowledge, and provide them hope. Somehow, they soldier on in a world and situation in which they seem to get little respect.

Teaching? Living up to their core purpose? They just can’t do that very well right now in this online world, and so they’re just …… about …. done. Imagine going to work every day, going through the motions, because it just….isn’t……working….

I was golfing with my buddy some weeks back, a grade 5 teacher in one of the worst Toronto hotspots (This was before golf became illegal in Ontario, because, well, ineptitude and incompetence with someone who probably failed Grade 1 in charge. I digress).

He’s been tested for Covid 8 times (all negative). Kids, parents of kids, teachers – he’s been surrounded by a mist of Covid, a swirling wind of pandemic vapor, a cloud of disease …. and has somehow managed to get through with catching it. He’s the Pokemon of Covid!!!

And still, the government had him on a low priority list until he managed to get a shot….

Here’s the thing – he gives a shit, somehow. I don’t know where he digs out the reserves to do so given the abusive relationship he seems to be caught in. He spent some of his own time a few weeks ago driving to the apartment of two young children who were not able to get online for virtual class; their mom, a newly arrived refugee, did not have the technical expertise to deal with the Internet challenges. That’s his class – new Canadians, people who are at the bottom of the socio-economic world – and he is trying to give them a future, a path….

And he got them online.

They are learning (to the extent one can in a virtual space); they are connected; they have hope.

He did this on his own time, on his own initiative. He didn’t have to do this.

But this is what teachers do. He’s typical of many of the best teachers. Teachers care; they change the world for the better.

And they are absolutely, completely burned out, going through the motions, hating this virtual world.

And for this awful world, they are in, I just want to acknowledge them, thank them, and let them know what we know.