Home   >   Acceleration Gap   >   Daily Inspiration: “Are you structured for slow in a world that is accelerating faster?”

Daily Inspiration: “Are you structured for slow in a world that is accelerating faster?”

“Are you structured for slow in a world that is accelerating faster?” – Futurist Jim Carroll 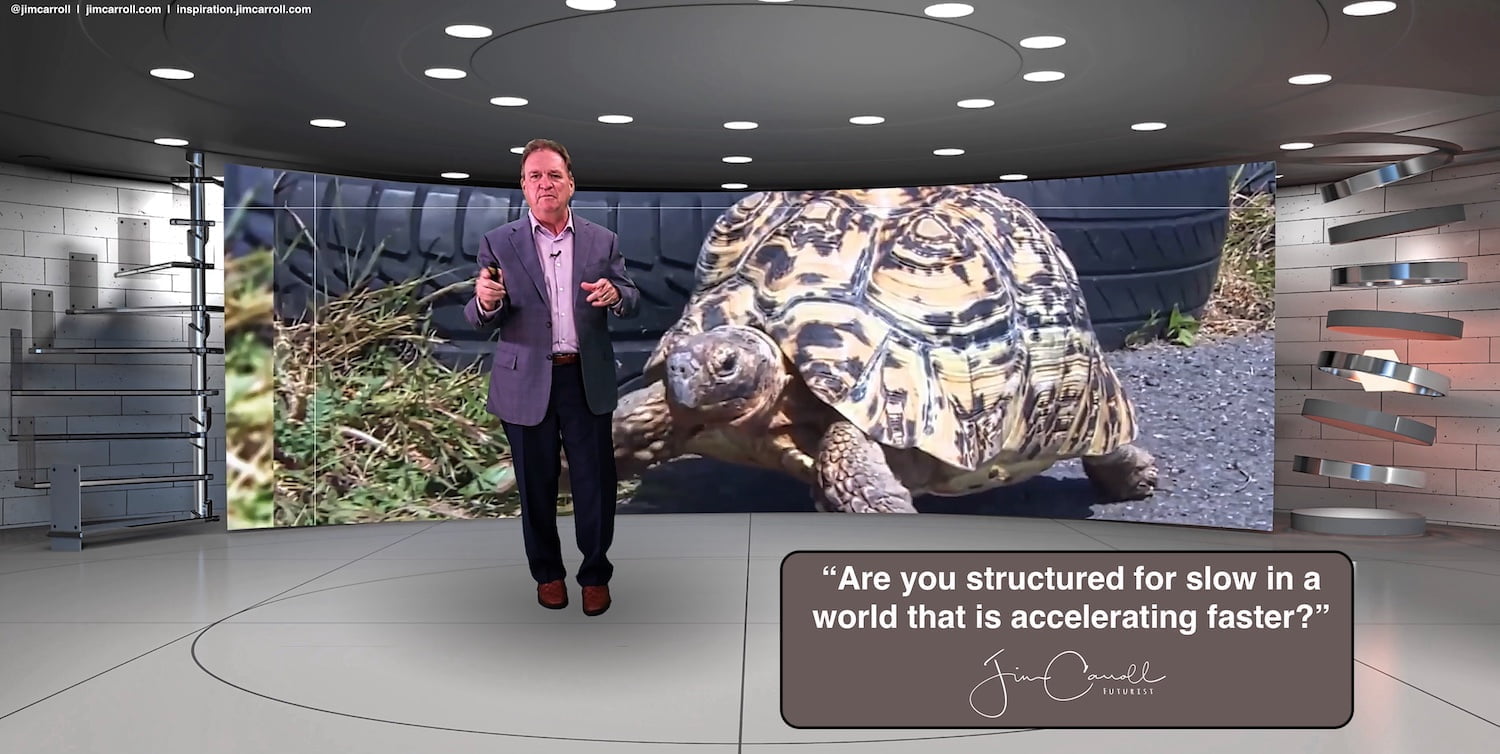 Are you the tortoise in a race with a bunch of high-speed sprinters? If you aren’t addressing the acceleration gap, you probably are. 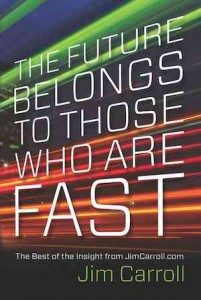 Much of my focus over the last twenty years has been around the theme of the speed of change. After all, one of my best-selling books was entirely built around that theme: The Future Belongs To Those Who Are Fast.

Yet, I can’t help but shake the feeling that many leaders and organizations are still only paying lip service to the issue of corporate agility, and don’t really realize the depth of the disruptive change we are going to see in the next decade.

And every once in a while, we are rudely and remarkably interrupted by that reality. Take the automotive industry – anyone who studied the future knew that we were rapidly transitioning to a world away from gasoline and diesel-based vehicles that people drove – to an era of battery-electric vehicles that were basically big computers on wheels that had increasing amounts of autonomy.

The leadership of automotive companies worldwide dismissed the idea, smoking the drug of the complacency of their own belief. Today, we find them scrambling to deal with a massive chip shortage, trying to figure out how to get adequate battery capacity, and existing in a reality that sees them dramatically short of necessary hi-tech computer-oriented skills. Oops. Your bad.

And yet your looming failure was entirely predictable. We told you so.

And one result is that they are still faced with the same bureaucratic, bloated, inefficient, slow, and ponderous structure which ties them to the business model of the automotive industry such as it was in 1921, not what it is changing to in 2021.

As far back as 2002 – almost twenty years ago – I was spinning the story on stage of the “Google Car” – a fictional story of what might happen in the future should a hi-tech company decide to disrupt the automotive industry. Here’s an example – and listen carefully. It’s essentially Tesla of today, which essentially owns the future direction of this massive global industry.

The failure is all theirs.