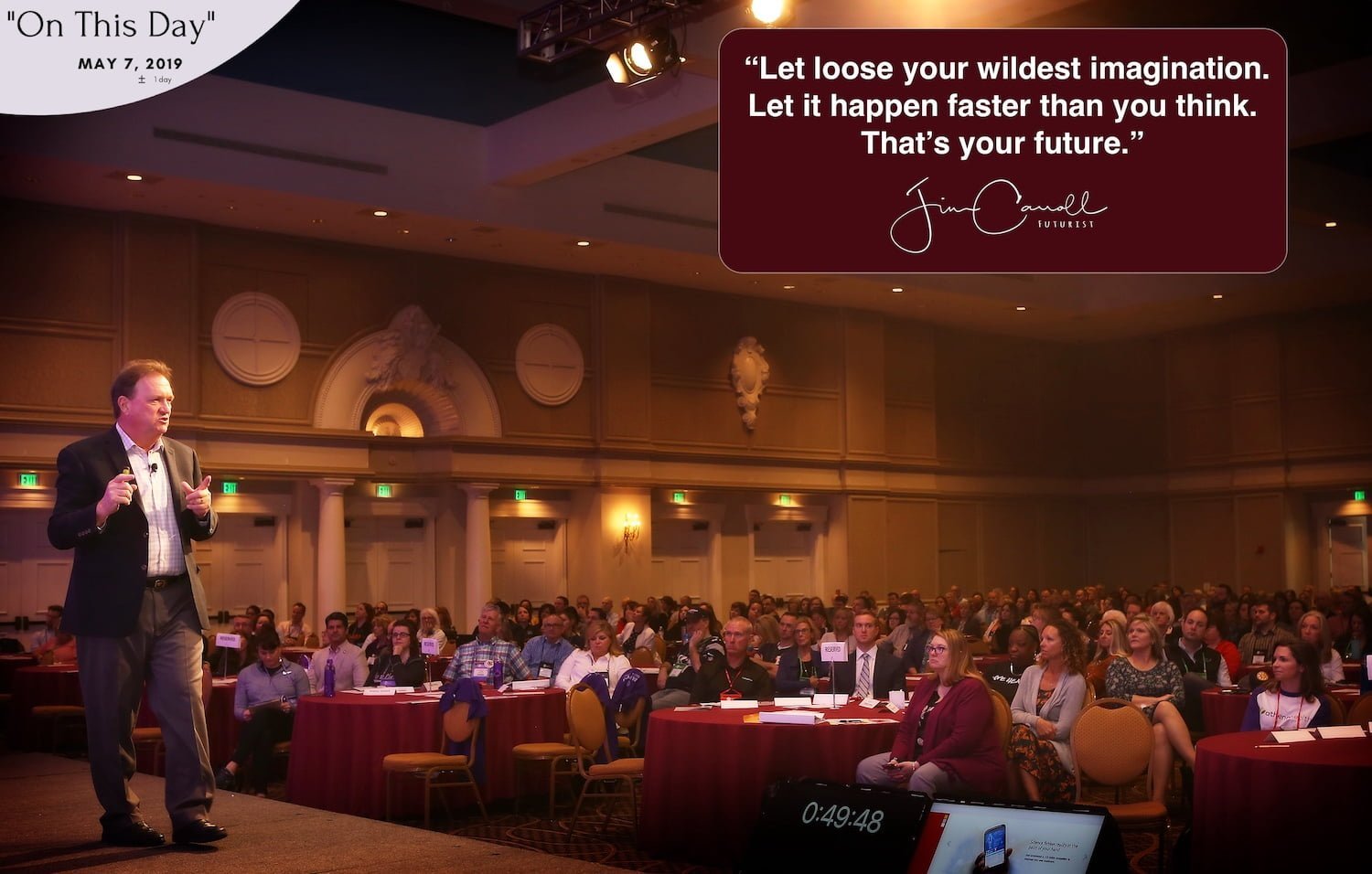 These were but a few of the messages I brought on stage to the annual meeting of the American Association of Orthopaedic Executives in Nashville on or about this day in 2019. (*)

My key message – what you think is far away will be here sooner than you think; your wildest imagination is but a tame imitation. of what is yet to come! With that in mind, I took them on a voyage of what the world of science was already working on, and what could be expected to happen, based on an extensive bit of research into the current and future trends impacting their industry.

But wait, there’s more! That’s the thing about the future – even after I’ve done my homework and updated my slide deck, it’s already out of date. In this case, I vividly remember what happened just five minutes before I went on stage – part of my talk took a look at how quickly the concept of 3D printing of body parts was coming about. My context was to be found in a key quote:

At the rate research like Atala’s (Wake Forest Institute for Regenerative Medicine) is progressing, scientists predict that replacement organs will be a reality within years, not decades.
The Future of Healthcare: The Body
Los Angeles Times

At this particular event, I was scrolling through Twitter while waiting to go on stage – there are usually somewhat tedious remarks from key organizers, the conference chair, and others before I hit the stage. And suddenly, a tweet floated across my screen from a fellow futurist:

And that was precisely my point for the audience! Imagine the fantastic – make it real – accelerate it – and it will reshape your industry way faster than you think. Within moments, I was strategizing a way to get the image from my phone into my slide deck which was already up on the podium to work this as an example into the opening moments of my message. I did!

(The initiative itself is a fascinating example of what I call ‘edge-based innovation’, where fantastic ideas and new innovations are no occurring in key medical research labs, but out in the community and other local but global initiatives. Look them up! 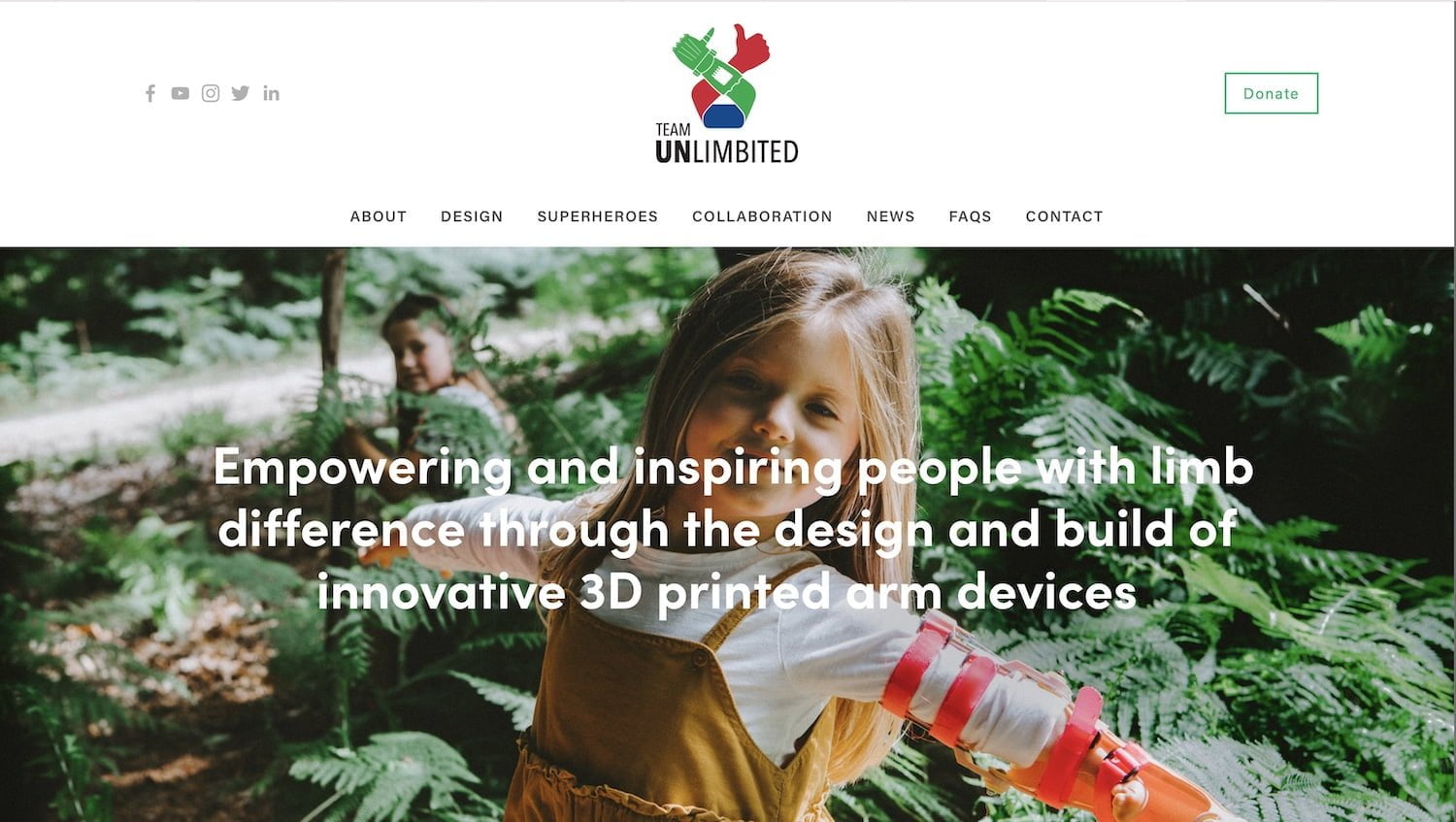 The future is already – the challenge is that it is happening so quickly that many people don’t know where to look, how to spot it, and how to recognize its implications while it is unfolding. This initiative is typical of so much of the innovation occurring out there today – everywhere all at once, driven by a massive new hyperconnected collaborative brain that I call ‘the big global idea machine.’

All of this was pre-pandemic. If the last year has done anything, it has accelerated the world of medical science and healthcare to a ridiculous degree. What used to be fast is now simply crazy-fast!

My pre-event sneak-peak video -which I provide to clients to help pump up interest in their event – took a look at what’s coming.

That’s the thing with medical science and the future in general – take what you expect, speed it up, and look around. It’s already out there!

Fine print: (You’ll see I’ve got a little bit of fine print happening here as I launch into this new series, “On This Day” since I’ve got such a wealth of new potential material to use for my Daily Inspiration! You’ll see it in the video too!)