Daily Inspiration: “Never stop learning! That should be your mindset. There isn’t an alternative!”

“Never stop learning! That should be your mindset. There isn’t an alternative!” – Futurist Jim Carroll 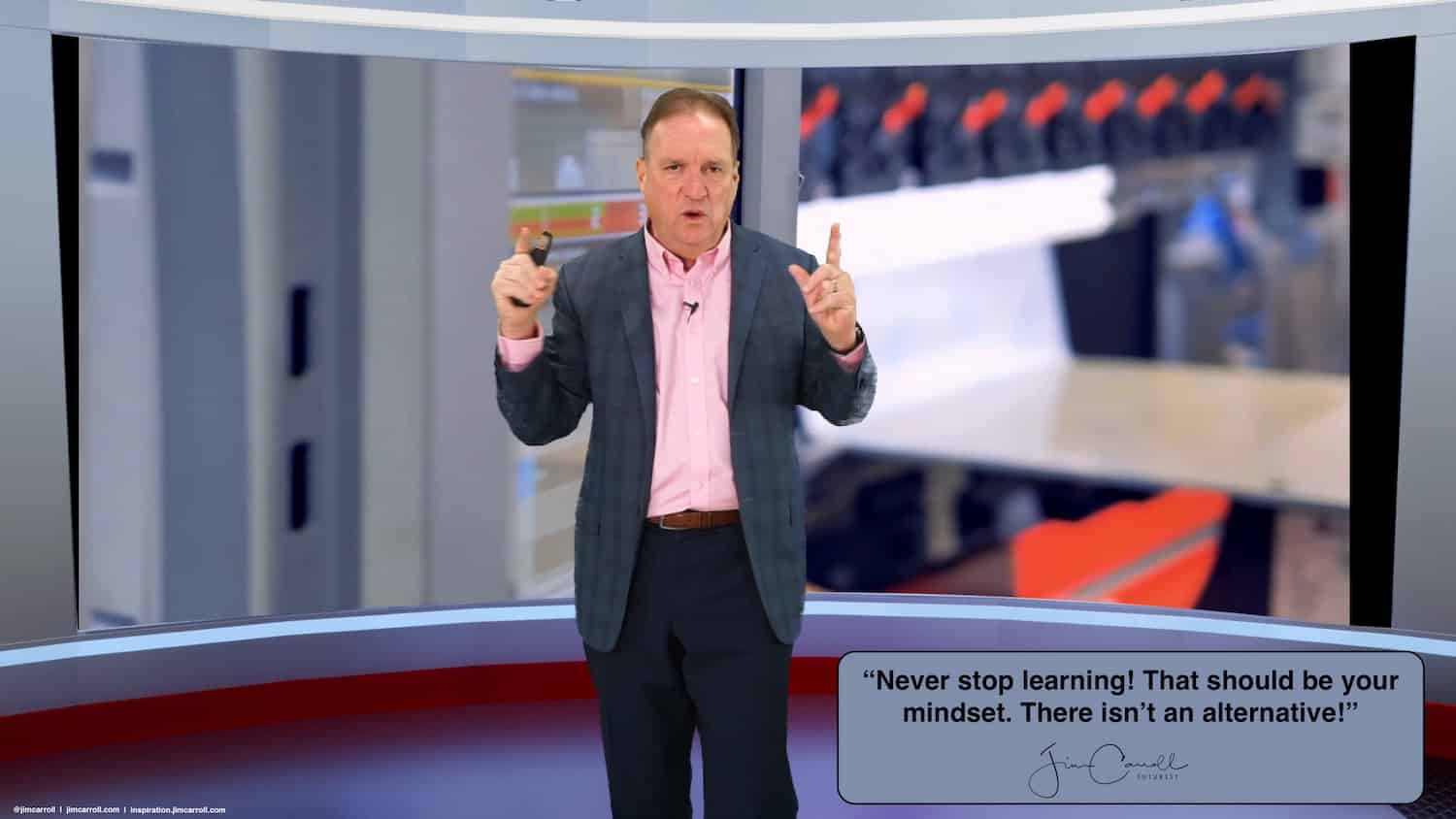 A phrase I often use on stage – “Learning is what most adults will do for a living in the 21st century.” It’s from Lewis J. Perelman, who authored a seminal work, “School’s Out: Hyperlearning, The New Technology, and the End of Education,” which took a prescient look at what had to happen in order to move the world’s most intractable industry forward. It certainly my thinking about the future in the context of skills and careers.

Almost 30 years on, the struggle continues.

Successful people focus on enhancing their ability to generate just-in-time-knowledge. It’s a phrase I’ve been using for almost 3 decades – I first wrote it into my book Surviving the Information Age back in 1997. It is more powerfully relevant today in the context of fast change.

If you aren’t learning, you are dying.

Let’s take you back to put it into context, where I’m quoted years ago in the Toronto Star today with my observations on the future of knowledge, careers, and work. Kind of provocative, but I really believe it to be true….

“For young people, I think one of the things they will need to understand is the skill of `just-in-time’ knowledge,” says Carroll, who advises companies across North America.

Carroll says the majority of knowledge needed in the workplace of the future will be gained from collaborative social networks, online sources, and independent learning.

“A survey I saw a couple of weeks ago said young people now think self-employment is more secure than a corporate job.