Daily Inspiration: “Your past does not define your future – it’s what you do next that matters!”

“Your past does not define your future – it’s what you do next that matters!” – Futurist Jim Carroll 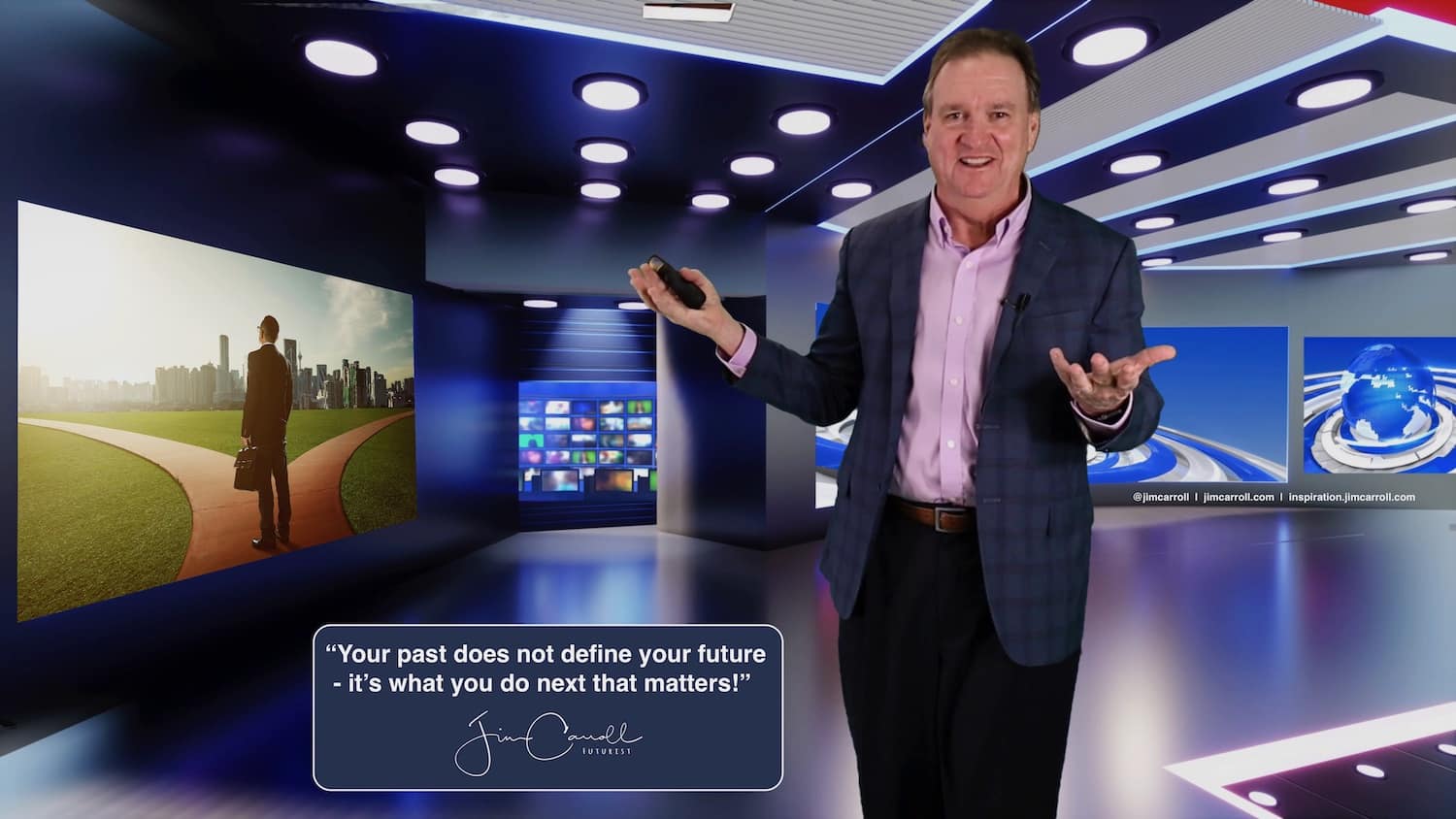 Legacy is never a guarantee – in fact, it can be a significant hindrance when you set out on a voyage of reinvention. That’s because you will be too busy trying to replicate what you did yesterday, as opposed to being focused on what you should be doing in order to get ready for tomorrow!

That’s a pretty obvious reality, and yet the failure to make that simple mind shift turns out to be the downfall for many people and organizations. Particularly when industries undergo a massive shift driven by connectivity and technology.

In today’s world of online streaming services  – Hulu, Netflix, Amazon Prime, Disney+ – it’s easy to forget the early legacy of Netflix. Back in April 1998, the company actually began operations by shipping DVD rentals via mail. You’d select the videos you wanted, and within a few days, they’d show up. After watching them, you’d mail them back. It seems crazy now, but they built a pretty successful business over the next ten years, challenging Blockbuster and others with a model of customer simplicity.

And yet, just under ten years after launching their new business, they began the transition from a company based on the distribution of physical media to one that had at a core digital streaming service. A decade later, they added to the business model production of original media content. Interviews with the founder and key executives clearly indicate they knew that a significant, transformation shift was coming to the entertainment industry.

Industries shift when transformative change happens – and when the platform for that change matures.

I really have no idea what my industry might look like within five years, but I do know one thing – it is in the midst of a gut-wrenching, significant transformation. It’s pretty certain it won’t go back to where it was – it will only go to where it will be going. The increasing sophistication of virtual, the challenge of social-distancing events, a challenge with business travel, a focus on costs. Clearly, there are aspects of my old industry that will never come back, while others will only return in significantly modified form.

And so I continue to innovate, test, build, adapt, learn, construct, and transform – trying to make certain that whatever might happen, I can choose to be a part of it!