Daily Inspiration: “If you think you are confident, you aren’t scared enough. Start with terrified, and work your way up from there.”

“If you think you are confident, you aren’t scared enough. Start with terrified, and work your way up from there!” – Futurist Jim Carroll 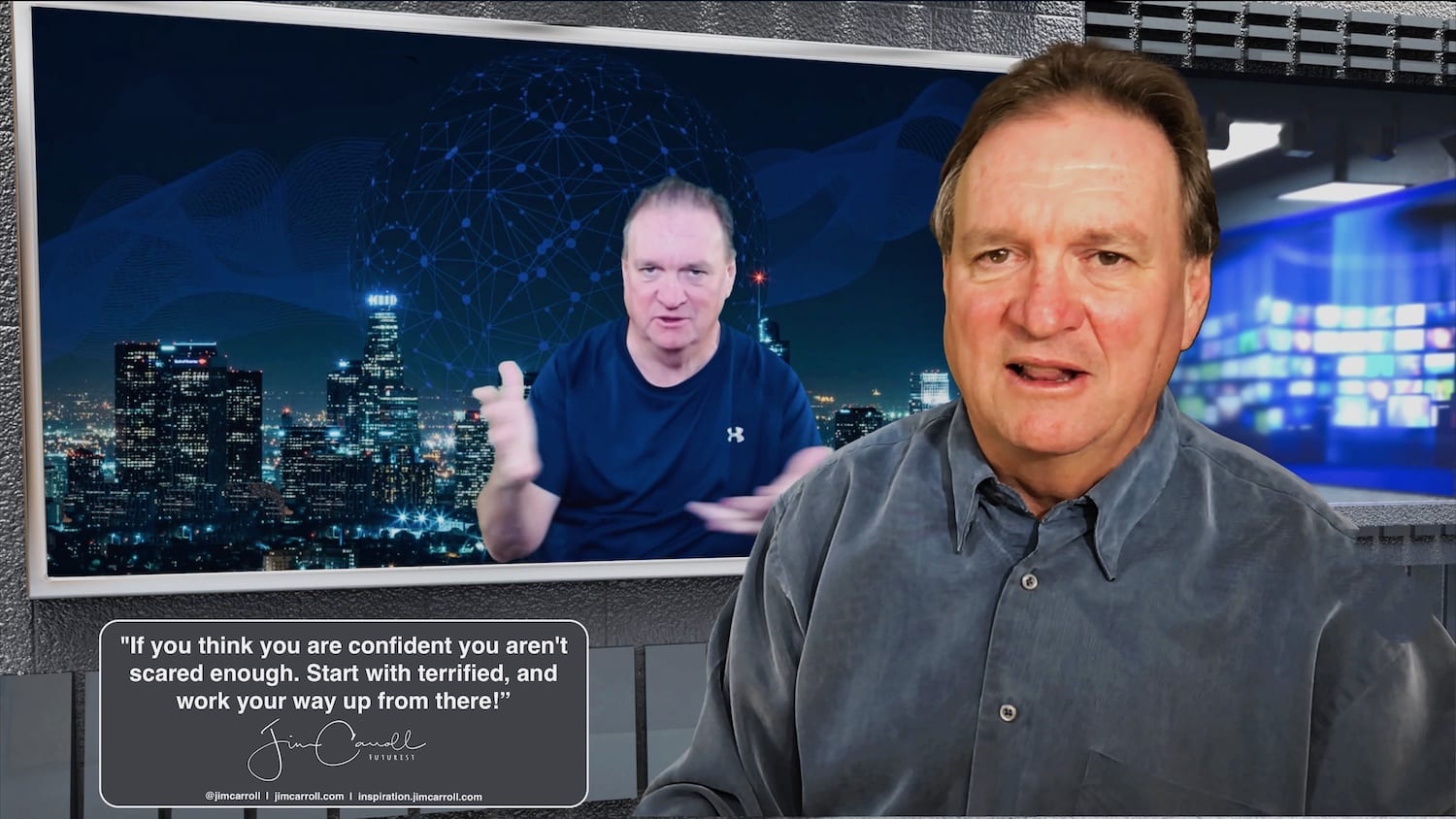 Here’s a clip from a brief little segment that I ran within the Facebook community of the software I’m using. I’m working on a little show that is a journey in 2021 from the real stage to a virtual stage and was giving them a sneak peek.

I’m discovering a lot of magical moments along the way – if I didn’t have any real modesty, I could probably come up with a great blooper reel!

The screen-grab features my very first attempt to go live with the platform that eventually has become the heart of my home studio setup, EcammLive. It was March 4 – and it was already evident to me that a complex new world was upon us. I needed something both to occupy my time and manage my worry, as well as to give me an understanding of how I might do something a little bit more interesting than a typical talking headshot.

So … I did a talking head in front of a city backdrop. Somewhat less than epic!

The context of the quote? The backstory comes from a comment I made later yesterday in that very same group, as to a certain aspect of ‘going live’:

I’ve been forcing myself to go live every 2-3 days (yes, you read that right) since March, simply to nail the process. I’d have an AV team of 25-30 people supporting me for my stage keynotes in front of a few thousand; now, it’s just me in my basement. There are a staggering number of things that can go wrong; things you can forgetful; glitches that will come from software updates. Heck, before a live one day, I bumped by XLR mic jack when I moved the monitor and blew my audio out of the water. If you think you are confident, you aren’t scared enough. Start with terrified, and work your way up from there.

My key point? Run scared – in order to innovate hard!