Daily Inspiration: “Stuck in an idea rut? Maybe you’ve got too much quo invested in your status!”

“Stuck in an idea rut? Maybe you’ve got too much quo invested in your status!” – Futurist Jim Carroll 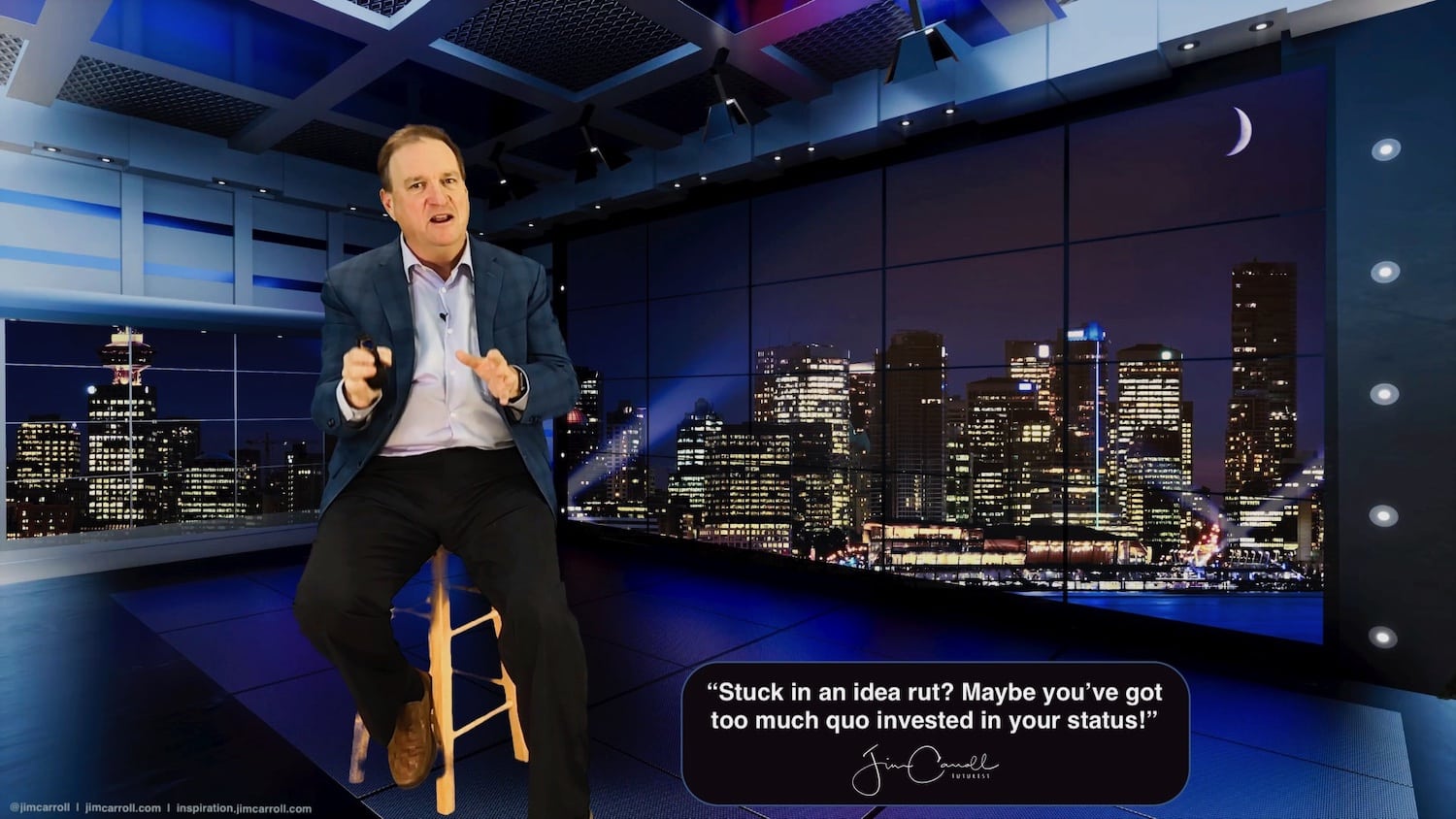 Have you ever considered the possibility that your imagination machine is spectacularly broken and needs much more than a simple tune-up? That you are far too vested in where you’ve been rather than to where you should be going? Do you put too much energy into maintaining who you were – instead of working hard for what you could become?

The mere idea of a status quo is a dangerous concept in an era of accelerating change – you can’t afford to be glued down to your past with a mindset of complacent inaction.

My theme for 2021 will be the idea of ‘relentless reinvention’ : that will be the core phrase that will drive my thinking throughout the year! My attitude is that it is almost a certainty that there will be many more curveballs thrown at me through the year and that it will involve a status of consistent volatility.  If 2020 was obviously hard – 2021 is going to be impressively complex!

In order to thrive, I’ll need to be able to do things I haven’t done before, develop skills I do not yet know I need and get into a zone of regular reinvention. Knowing that makes it easier for me to put in the work to get there!

I filmed a ‘show’ yesterday in the broadcast studio around my ‘10 Great Words‘ theme. Way back in 2005, I wrote my original list of the words that should guide our future, and it became something that was used to great effect on the stage through many subsequent years.

Each year since then, I’ve used this concept to develop a mindset to best align to a new year. Some have been posted, and others have not. But this year, I knew I needed a new list of concepts to drive me forward, and I will post it later today.