Daily Inspiration: “Every great idea is always just on the edge of discovery!”

“Every great idea is always just on the edge of discovery!” – Futurist Jim Carroll 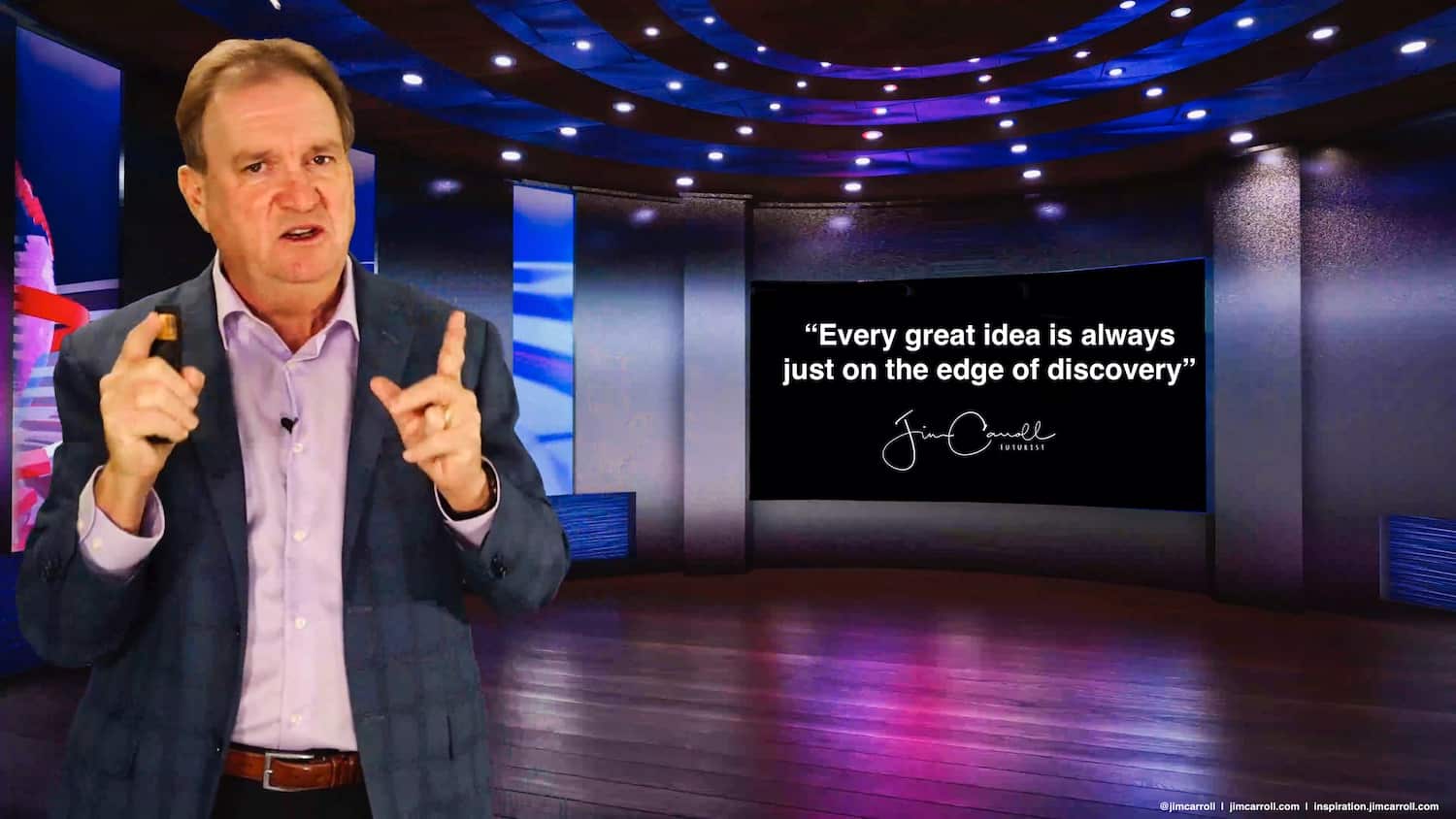 You might be familiar with an ill-fated observation often attributed to the head of the US Patent Office in 1902 that “everything that can be invented has been invented.” (Fun fact: he never actually said this.)

But people often discount the potential for new ideas and opportunities, and this is particularly true during a period of volatility and uncertainty such as we are witnessing today. That was the focus of a little ‘show’ I did yesterday in my Notable Keynotes – Lessons in Leadership For Our Eventual Post-Pandemic Recovery series – about the time the WSJ, or Wall Street Journal had me in for a talk to senior business leaders.

The context? The psychological impact of the great economic meltdown of 2008-2009 was still a challenge to be dealt with ; the mindset of many people was far too focused on the negativity around them rather than the positivity that exists in aligning to what comes next.

I took a look at that issue in my short talk and time on a panel discussion, bringing up the point of ‘aggressive indecision‘ which seems to envelop the mindset of such leaders. I coined that phrase way back in 2001 in my weekly column in the Globe and Mail, a national Canadian newspaper that featured my tech column for 5 years.

Think about that phrase – it might be the foundation of your future-alignment (or lack thereof) at this very moment. That’s what I took a look at in my WSJ story yesterday.

Every great discovery always remains out there on the edge, as yet undiscovered. And yet people are blind to this reality. My experience tells me that most people are blind to the future, oblivious to opportunity, unaware of what comes next!  Fun story –  that very same newspaper canceled my column right about that time. I vividly remember staring in astonishment as I looked at the editor as he advising me of this news. The dot.com bust was in full swing, he noted, and there would be no more technology yet to come. The technology story was over, he said. People needed to move on.

What a narrow-minded twit! An oblivious, small-minded, narrow thinking idiot! The next few years saw the arrival of YouTube, Twitter, Facebook, Tesla, Salesforce, Slack, and so many other transformative and destructive technology companies and platforms. (Was I and am I a little bitter over this? Still!)

The next time someone tells you that there are no more trends that will define our future, discount them, for they know not that of which they speak! LOL!