Daily Inspiration: “Are you a captive of your denial of reality, a prisoner to your delusions, forever trapped in disbelief of your impending disruption?”

“Are you a captive of your denial of reality, a prisoner to your delusions, forever trapped in disbelief of your impending disruption?” – Futurist Jim Carroll 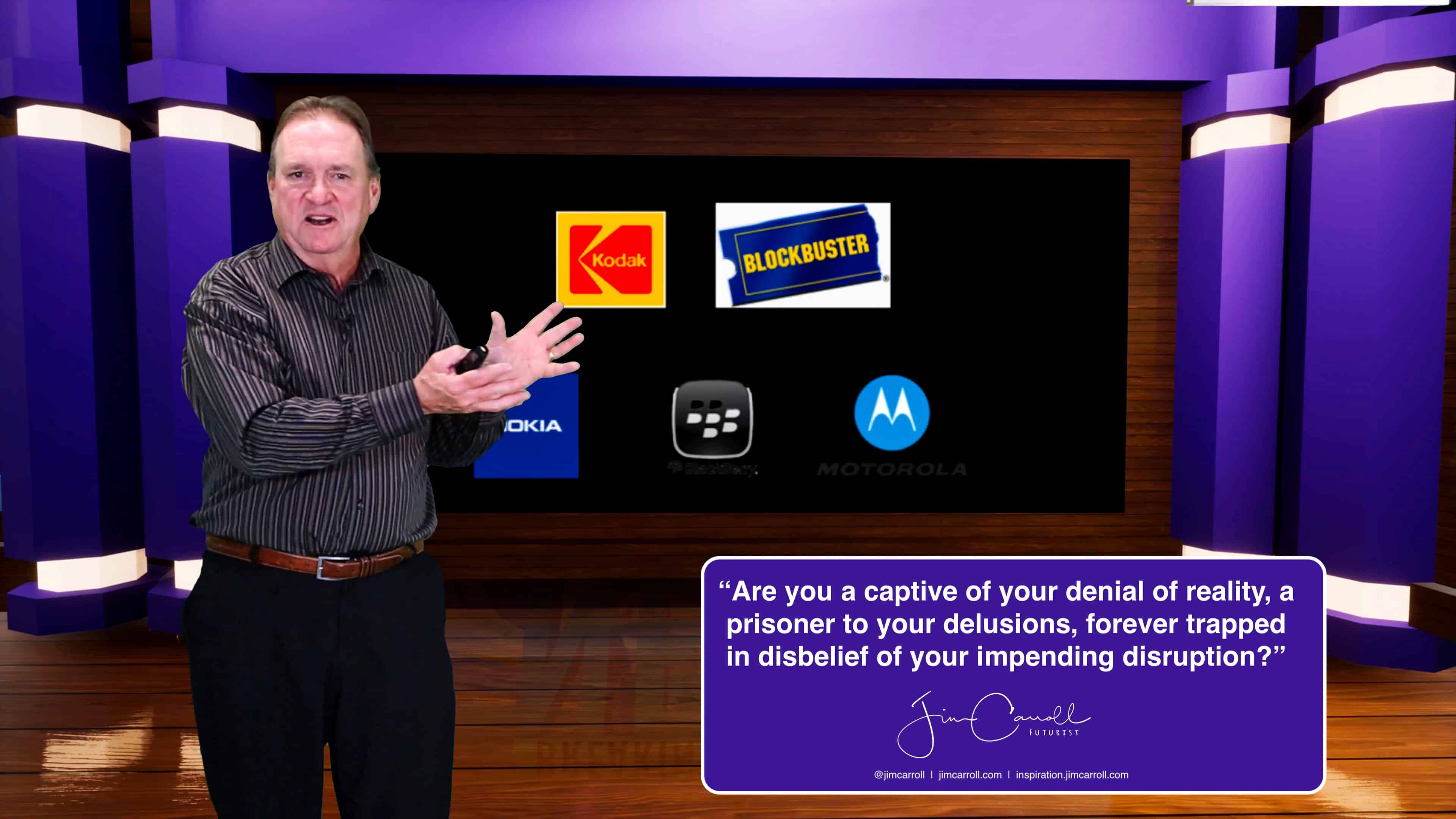 An image from my ‘show’ for a major retail conference yesterday.

The context? Many companies and people within them think they are ‘going back to normal’ somewhat soon, or that it’s a simple process of establishing some safety protocols and people will come rushing back to the way that things were ‘BC’ – before Covid.

I don’t think so. My research is telling me that this is a deep, substantive transformative change that will take years to unfold. Consumer behavior has changed in so many ways that the implications for the world of retail, for example, are simply staggering.

The folks who brought me into the event captured this in a post they put out to LinkedIn:

“Safety is the new brand foundation. Those who choose to do business with you … will do so based upon the safety image that you represent to them. It’s not just an image – it’s the reality.”
–Futurist Jim Carroll

Covid is one of the biggest disruptors of our time. It is destroying existing business models, leading to entirely new ones. It is separating the fast from the slow, the decisive from the indecisive, the meek and timid from the bold and transformative, the aggressive from the passive.

Every time I get into the ‘guts’ of a particular industry and take a look at what is going on, I am stunned by some of the innovation that I see with the new industry leaders, and in shock at those who have chosen to believe that their future is guaranteed if they just keep doing what they were doing before.

There is a great shakeout underway – and there are new Kodak’s, Nokias, Blockbusters, RIM/Blackberry’s, and Motorola’s all around you.

Are you one of them? 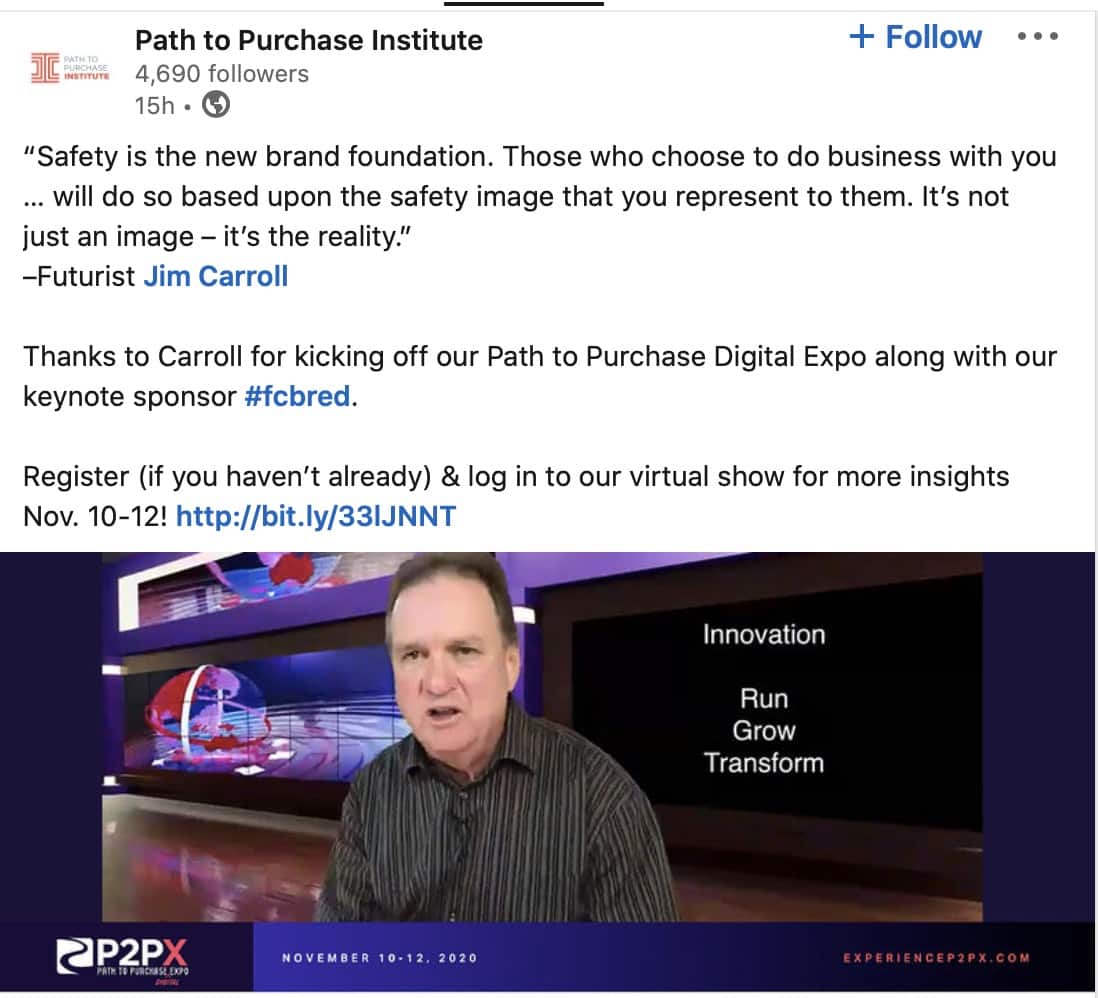