Daily Inspiration: “Every signifcant trend starts out slowly, is barely perceptible – and then, suddenly, surrounds us!”

“Every significant trend always starts out slowly, is barely perceptible – and then, suddenly, surrounds us!” – Futurist Jim Carroll 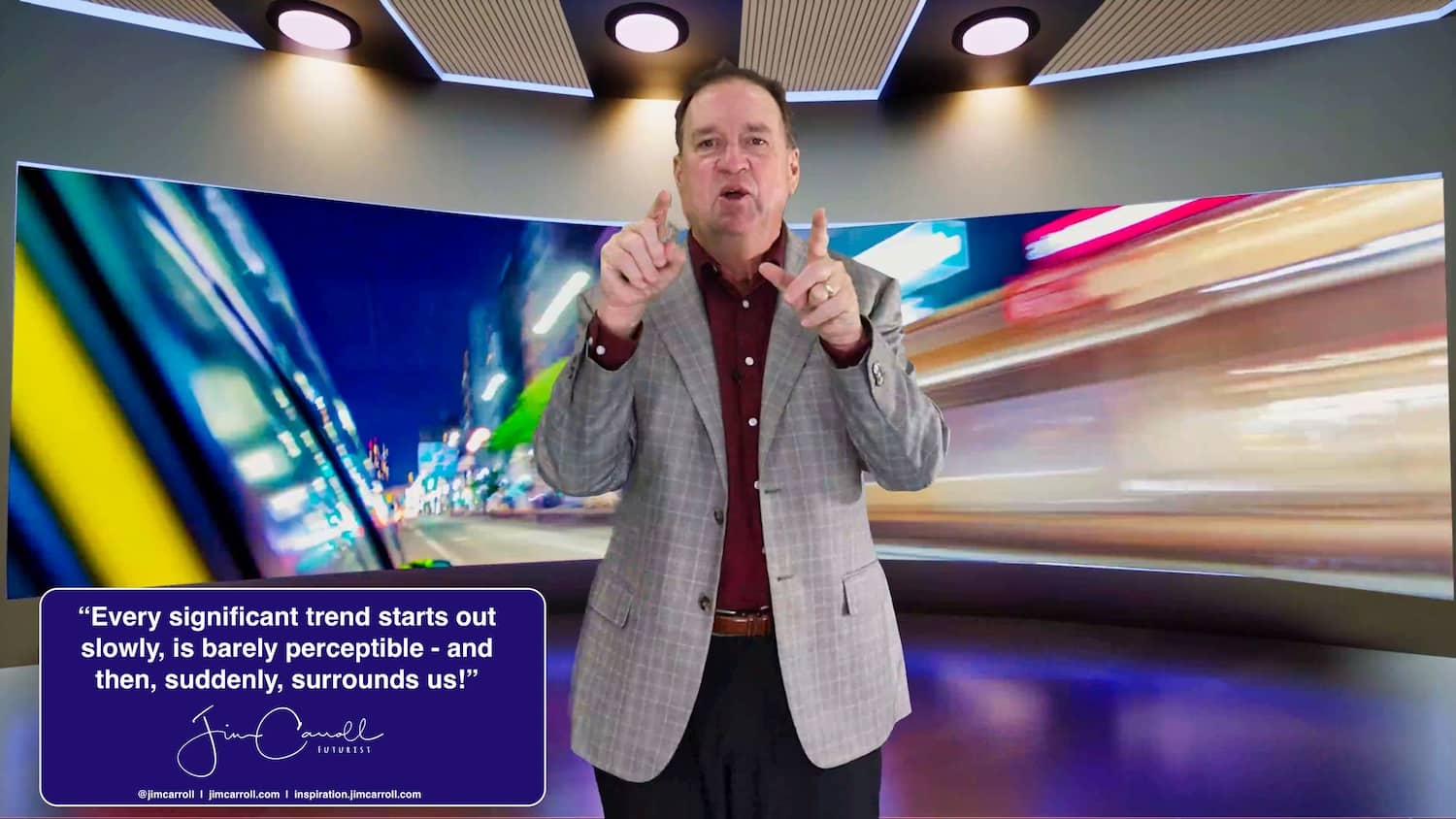 Kevin Kelly, the editor of Wired, famously stated many years ago that ‘the future happens slowly, and then, all at once!” I would often use that phrase on stage, giving him credit for his perception.

And yet, he said that he based the observation upon the well-known quote by Ernest Hemmingway. When asked how he went bankrupt, he replied: “Two ways. Gradually. And then suddenly.”

I had both phrases in mind the other day while filming one of my small show in my series, “Notable Keynotes: Lessons in Leadership for our Eventual Post Pandemic Recovery.” This particular one had to do with a talk I gave in London, England for a group of food companies, including Godiva Chocolates and McVities biscuits. One of my key messages for them about the future of retail had to do with the acceleration of e-commerce concepts: such things as more online ordering, curbside pickup initiatives, the dominance of Amazon, faster consumer expectations.

Little did I know.

One of the key points I’m raising for many of my virtual keynote clients is that we have just gone through a period of time in which we have compressed ten years’ worth of change into but six months. Retailers though they had a long time to prepare for a shift to the dominance of e-commerce. The healthcare industry thought virtualized medical visits would take a long time to implement. Businesses thought that a virtual workforce might happen one day but might never be significant.

We thought we had a long time for the future, but we didn’t.

And yet, this rule has been with us for a long time. Most people aren’t aware that many of the trends that will define them in 2021 surround us right now. Their 2025 exists – they just don’t know where to look. Their 2030 is everywhere – they are just missing the signs. If they bother to look for it though, they can turn this reality on its ear, particularly given that the future itself is accelerating.

In this new world, speed is everything, adaptation is vital, and innovation is oxygen. You’re either part of the trend, or you’re not.