A Thanksgiving Story : Discovering my Biological Grandad, A Stunt Motorcycle and DNA

It’s American Thanksgiving! And with that in mind, here’s a fascinating little story about my U.S. roots, and the tragic loss of my biological grandfather in 1925 during a stunt-motorcycle – on an Indian motorcycle none-the-less –  when my dad was but 3 years old! This is a short summary of the remarkable story which I have only just recently discovered in full!

How’s that for the opening line to a blog post! As a Canadian, it was wonderful to finally clear up the mystery of my American heritage!

Today is a good day to share the story – for the longest time, a series of photographs have been sitting on my Mac desktop, waiting for me to do something with them, and so I decided to move on it right now.

The essence of the story is this: my biological grandfather on my dad’s side, an American citizen was actually a stunt motorcycle ride – and his last stunt did not go well! I only discovered the whole story and my genetic relatives a few years ago, due to the connective power of DNA tracing.

The backstory: growing up, I always knew that my original name was not Carroll, but Morrill. All I ever knew until 2018 was that he had died in a motorcycle accident. I never knew the circumstances – until a few years ago. I knew that his wife Lucy remarried and took the name Carroll from her 2nd husband Edmond, and left Connecticut for my homeland in Halifax Nova Scotia.

I didn’t know much more than that.

Fast forward to December 2018.  My wife and I are on our way to the Mohegan Sun Resort in Connecticut; I had a keynote for a client group of Microsoft. As we are driving in – on some backroads, I must admit, since my wife made an un-admitted error with the GPS – I noticed a sign for the Norwich Golf Club!

Much excitement – some years before, I had obtained my dad’s war records – he had served in the Canadian military in the Sicily campaign, and later in France and the Netherlands – and had noted the birthplace of Norwich, CT.

Now this was interesting! I remembered in but a moment that one of my younger sisters had just discovered a DNA match with a long lost relative – in Connecticut – so I gave her a call.

To make a long story short, by the very next morning, I was standing at the grave of my grandfather with my long lost 2nd cousin Ken Keeley of Norwich, CT. He had, some months earlier, taken the time to do all the research that I had never managed to do – such as finding my grandfathers’ gravestone. He too had grown up hearing the mysterious stories of a great-uncle who met an untimely end. 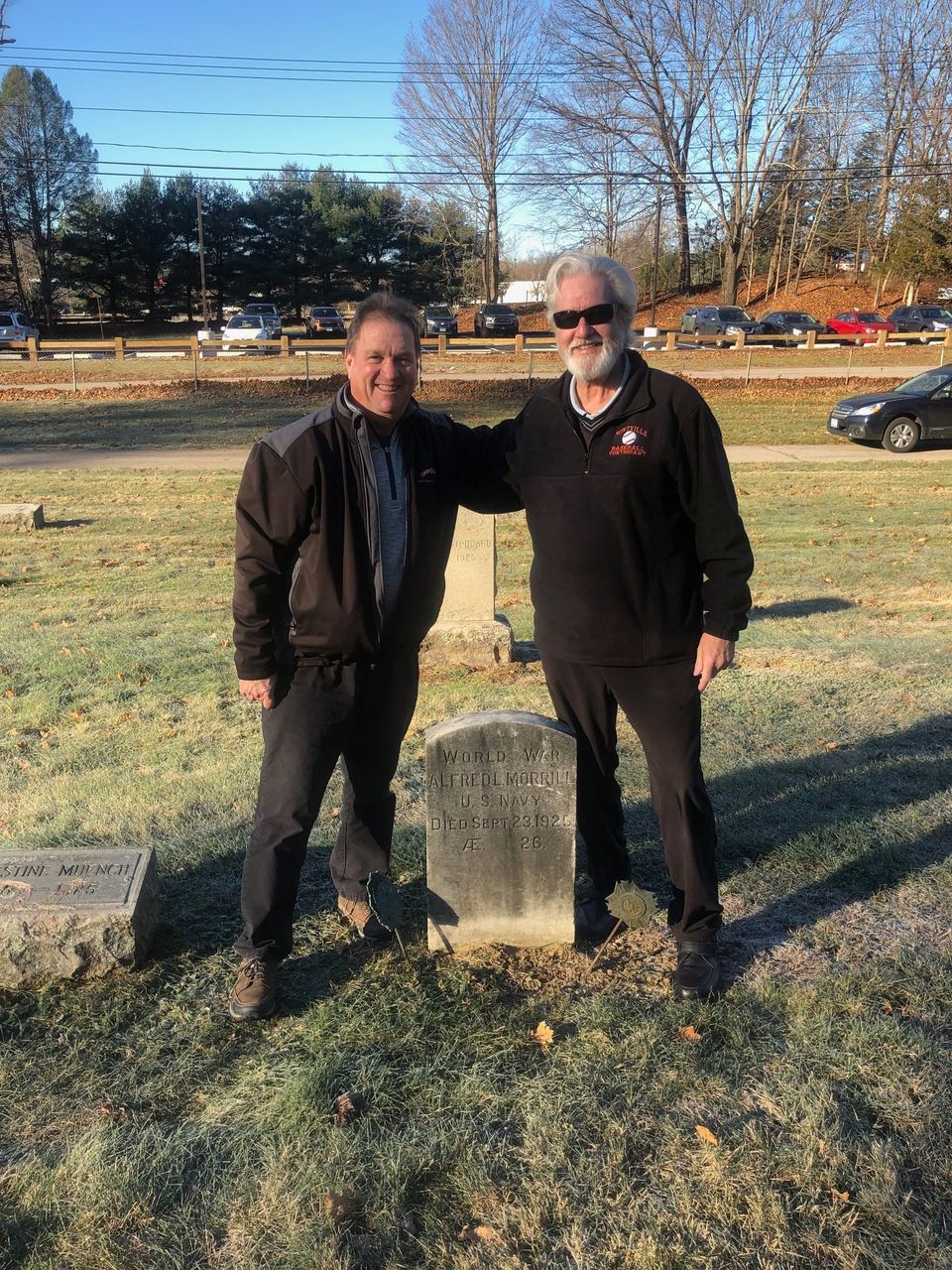 Suffice it to say, there we were! 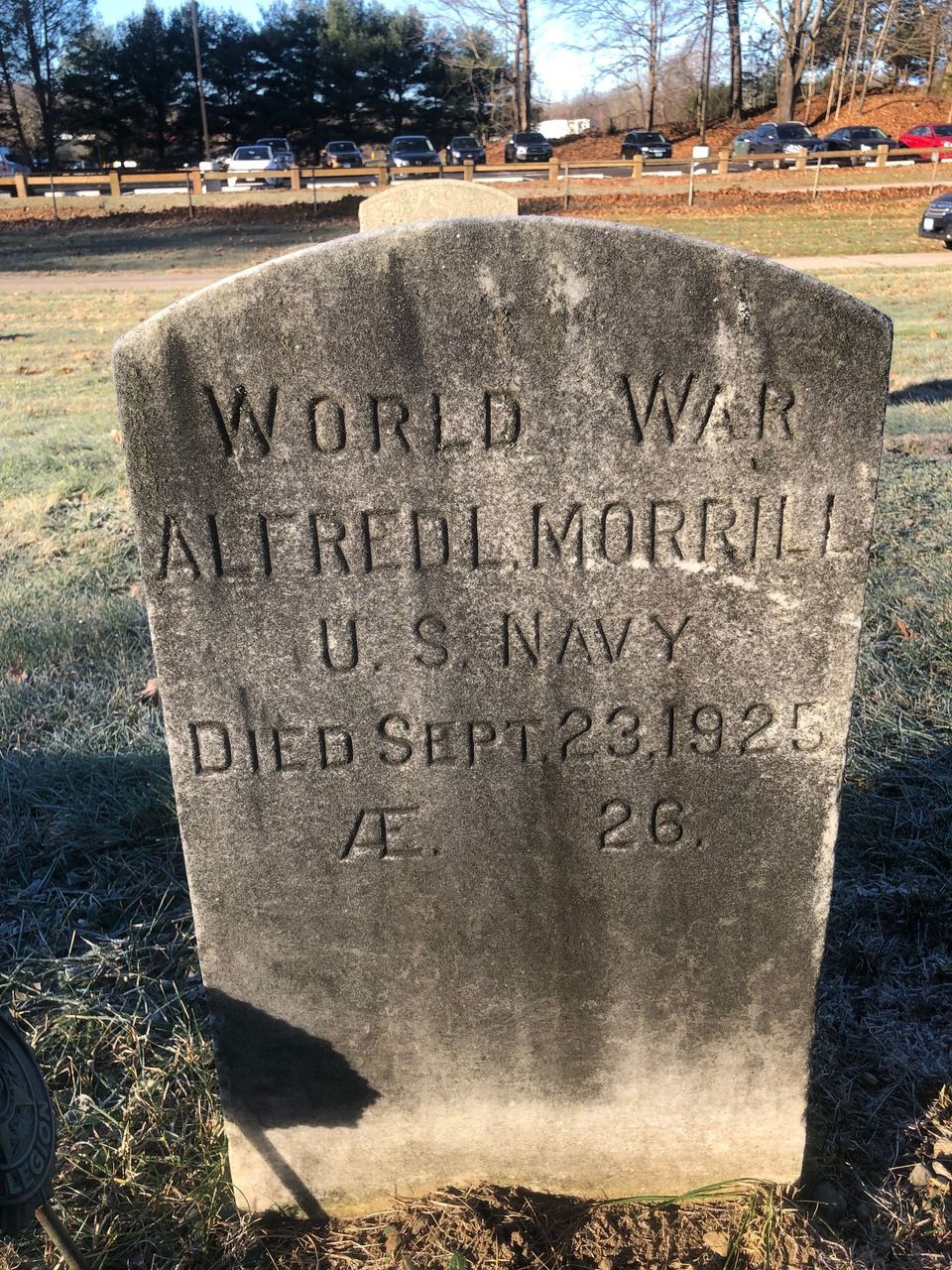 What a story it is! When we met, Ken had unearthed some photos … including this one of my grandfather at the “Metro Bro’s Silo-Drome” which features “The Most Reckless, Death Defying Stunts.” Somehow in the context of this photo, the death-defying bit didn’t ring quite true. My grandad is pointed out in the photo – two individuals to his left, someone appears to be dressed in some sort of native-American dress: I presume a representative of Indian Motorcycles (which survives as a global brand to this day.) 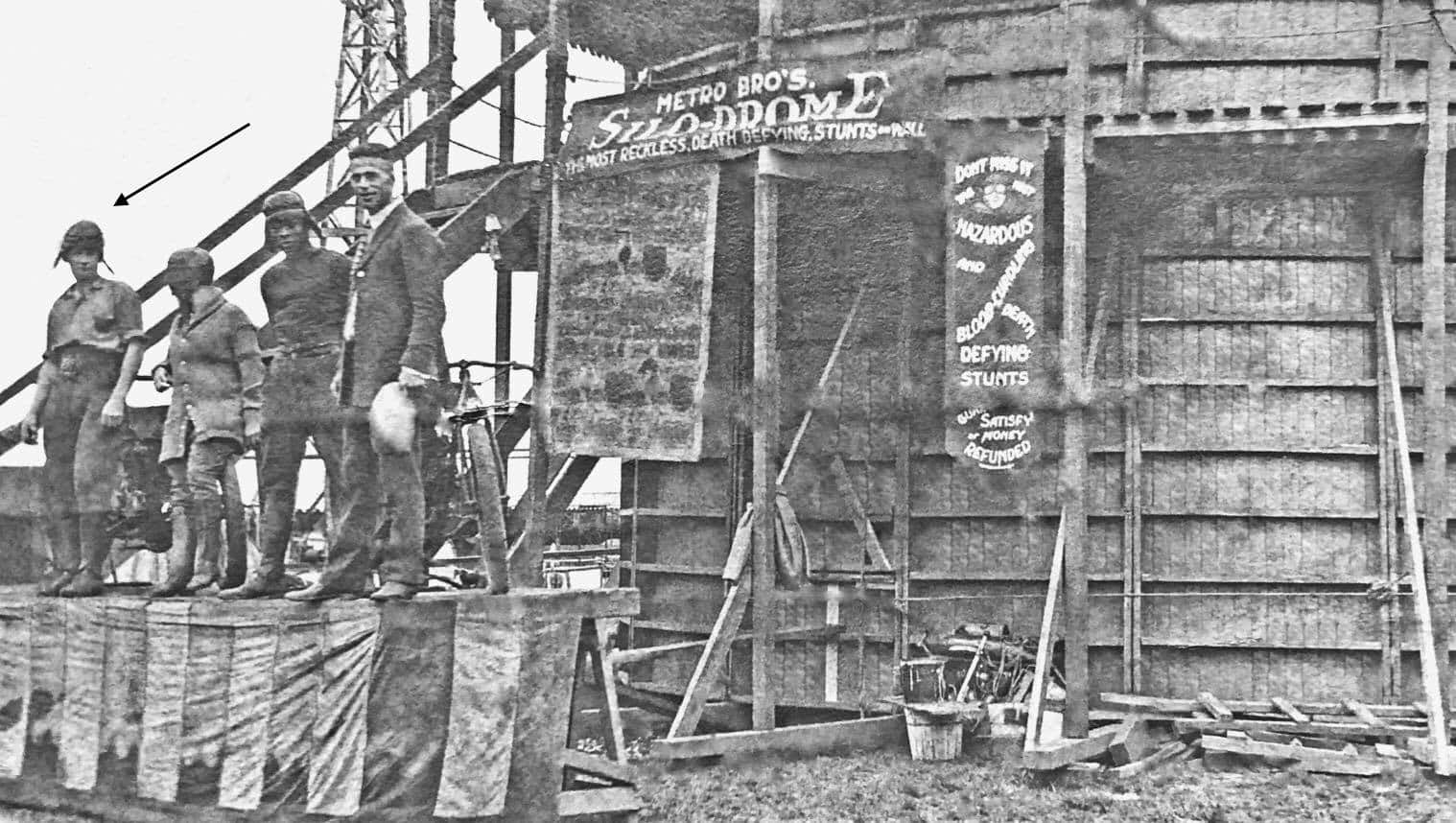 Ken has spent a tremendous amount of time documenting my history for my side of the family, including my granddad Alfred, and my great grandfather Octavius. 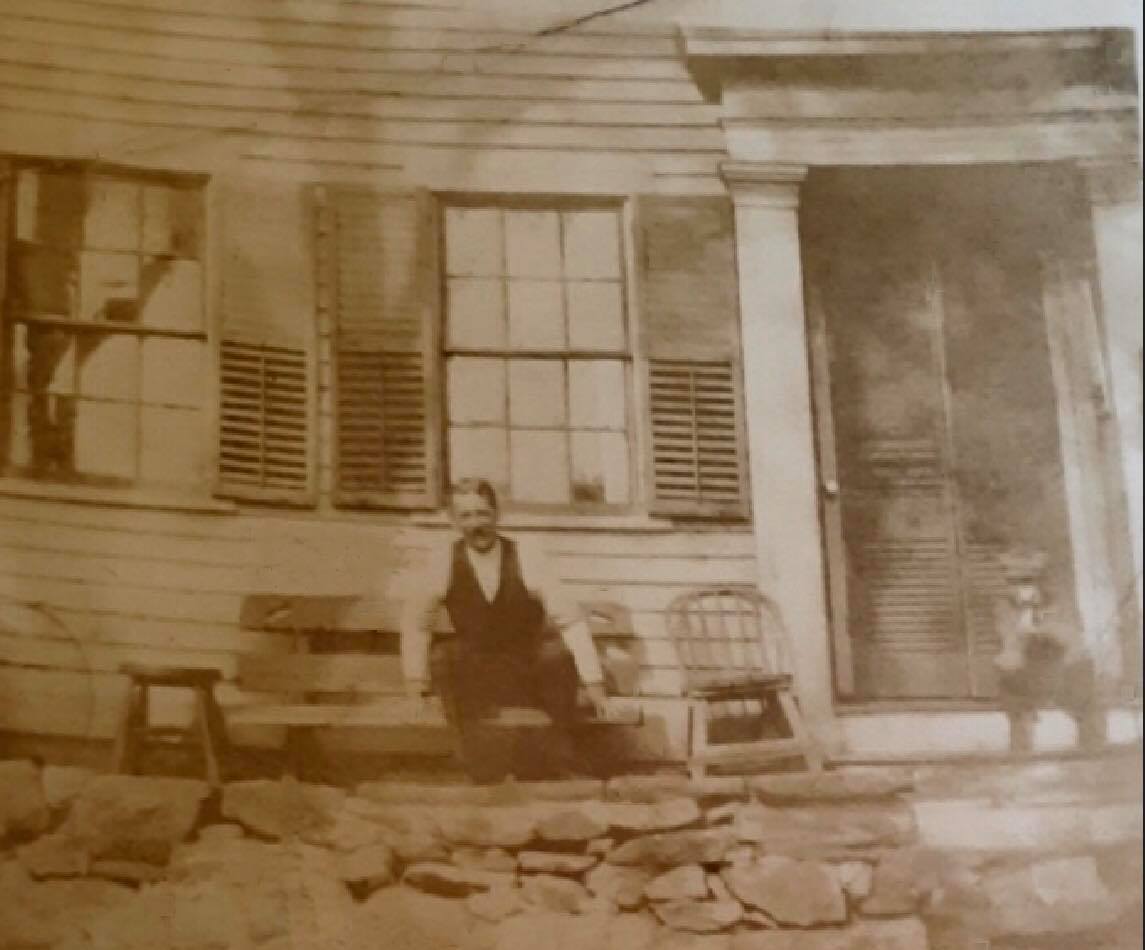 In addition, he dug out this photo of my grandmother Lucy Carroll and Alfred, I presume shortly before his death. In his image I can see my own father. 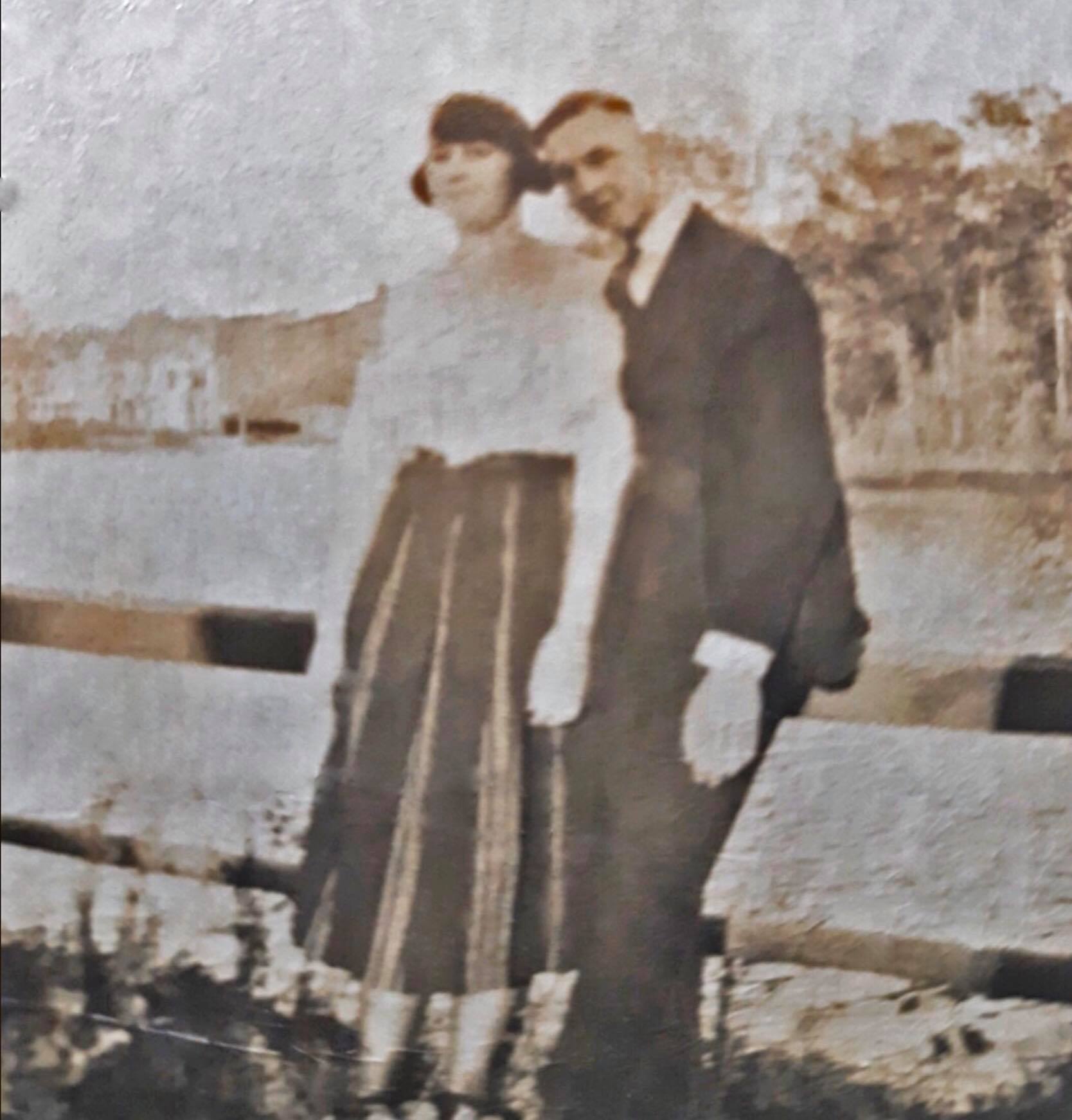 Ken spent countless hours working in Photoshop to restore these images and I am blessed that we have connected!