Daily Inspiration: “Who led your digital transformation strategy? Your CEO, CIO or CTO? No, it was Covid-19!”

“Who led your digital transformation strategy? Your CEO, CIO or CTO? No, it was Covid-19!” – Futurist Jim Carroll 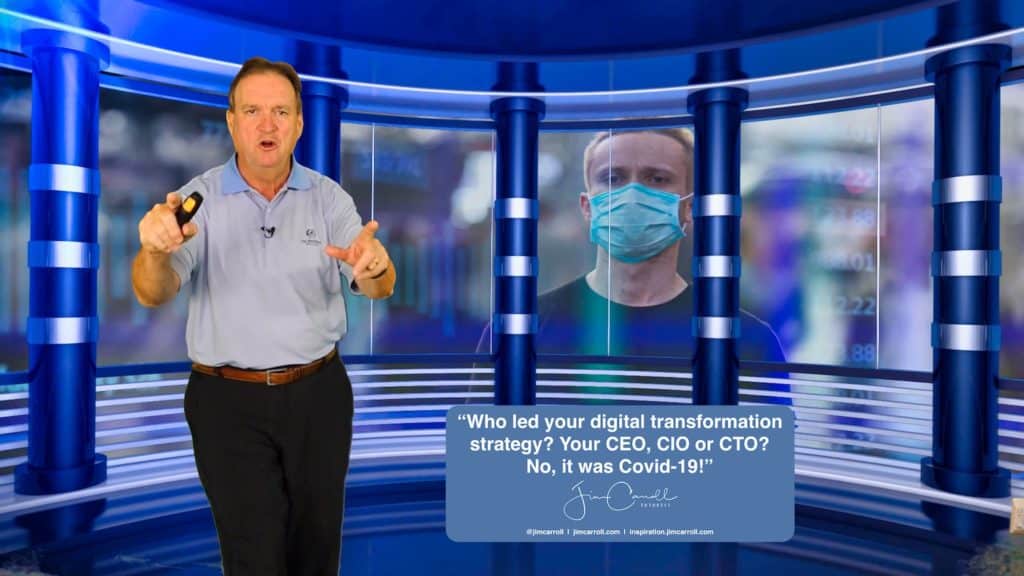 This is a two part story. The image is from a video I filmed yesterday afternoon on the accelerated need for leadership insight and the trend towards customized event videos. The actual quote comes from a project I’m currently doing for one of the largest hi-tech companies in the world.

I originally saw the idea in a tweet that can across my timeline some months ago – it resonated with me and I kept a screen grab. It now opens this 15 minute custom video that I’m putting together for my client – it will be used to open a major insurance conference near the end of September. 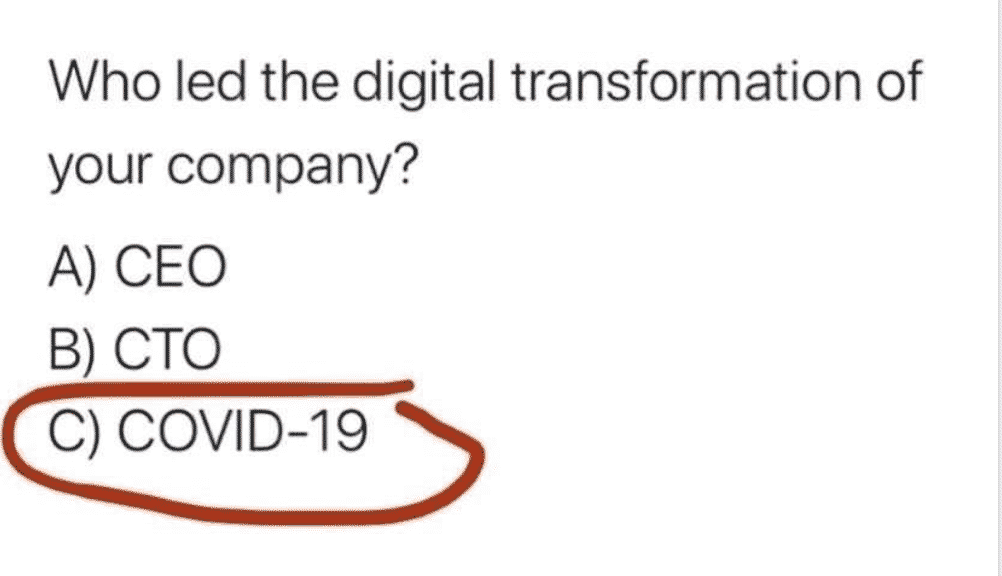 If you think about it, this is certainly a reality. We’ve just witnessed the absolute and massive virtualization of entire industries and companies literally overnight. We’ve seen them successfully implement an infrastructure to support a collaborative, digital distributed workforce. They’ve ramped up their ability to service and support customers through sophisticated digital information channels. They’ve quickly migrated their supply chains and support systems to virtual systems. They have literally gone virtual, almost overnight – after talking about the potential opportunities and benefits of doing so for years and years and years.

Change happens when there is a big driver for that change!

There’s a lot of it that has not gone well, obviously, and behind the scenes, there are likely a lot of disastrous implementations – I shudder at the thought of the security holes that exists with millions of home computers that are now a part of corporate networks. But overall, we’ve seen more corporate digital transformation change in the last six months than we have seen in the last 50 years.

Companies have learned a thing or two as a result of this voyage. They’ve learned that rather than debating the merits of a digital world, it is something that simply makes sense. Rather than studying the benefits to death, they quickly discovered its merits. And rather than long, complicated studies to understand the pathways of how to get there,  they simply took the voyage.

Years from now, we will look back and realize that we learned something powerful about the idea of transformation – first and foremost, speed matters, and virtual works!