Daily Inspiration: “Busy inventing yourself a ‘new normal?’ Go for it!”

“Busy inventing yourself a ‘new normal?’ Go for it!” – Futurist Jim Carroll 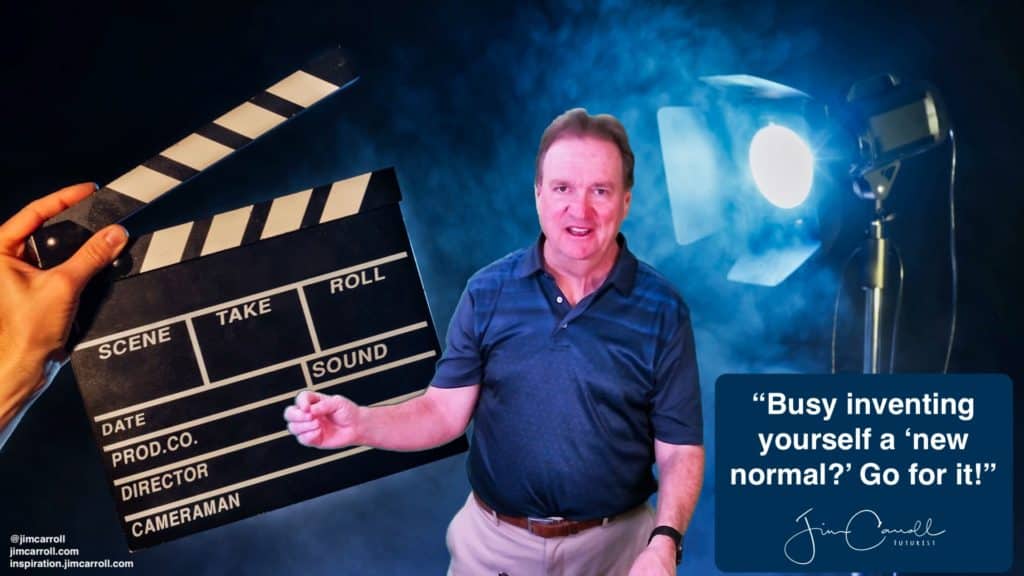 Some days I struggle with my irrelevance – clearly the opportunity to inspire 1,000 people in a crowded conference from a stage at the front of the room is gone for a long, long time!

Why not? I’ve got lots of time! So with that in mind, we upgraded the home broadcast studio last week. This photo is from one of the first films I did there – it looks pretty good!

My thinking? Since we really have no idea when ‘normal’ might return, maybe we should invent ourselves a ‘new normal!’

I continue to work away at that, although with far less intensity than I did during the early days of ‘this thing.’ At the early stages, I was running down to the home studio filming clips at a furious pace, clinging to the opportunities that existed in my old life. In this new life, I’ve become much more circumspect, reflective, cautious, deliberate. The realization has come that it will be a long time before anyone wants to think about the future, innovation, disruption and more – it’s a life and a world on pause as it struggles with the horror and scope of what is unfolding.

Even so, it can’t hurt to be making an investment in that future, even though the payback is nil, the demand non-existent, and the message rings hollow. Every little step forward is a giant leap for the human mind.

So with that in mind, last week we expanded the home green screen broadcast studio to two walls, two camera angles, and a bit more of a sophisticated setup.

And it gives me something to do – it helps me to place a stake in the ground for tomorrow, as uncertain as that might be!