Home   >   Uncategorized   >   Daily Inspiration: “Remember that as we go forward into a new decade, there are plenty of people still stuck in the old one!”

Daily Inspiration: “Remember that as we go forward into a new decade, there are plenty of people still stuck in the old one!”

“Remember that as we go forward into a new decade, there are plenty of people still stuck in the old one!” – Futurist Jim Carroll 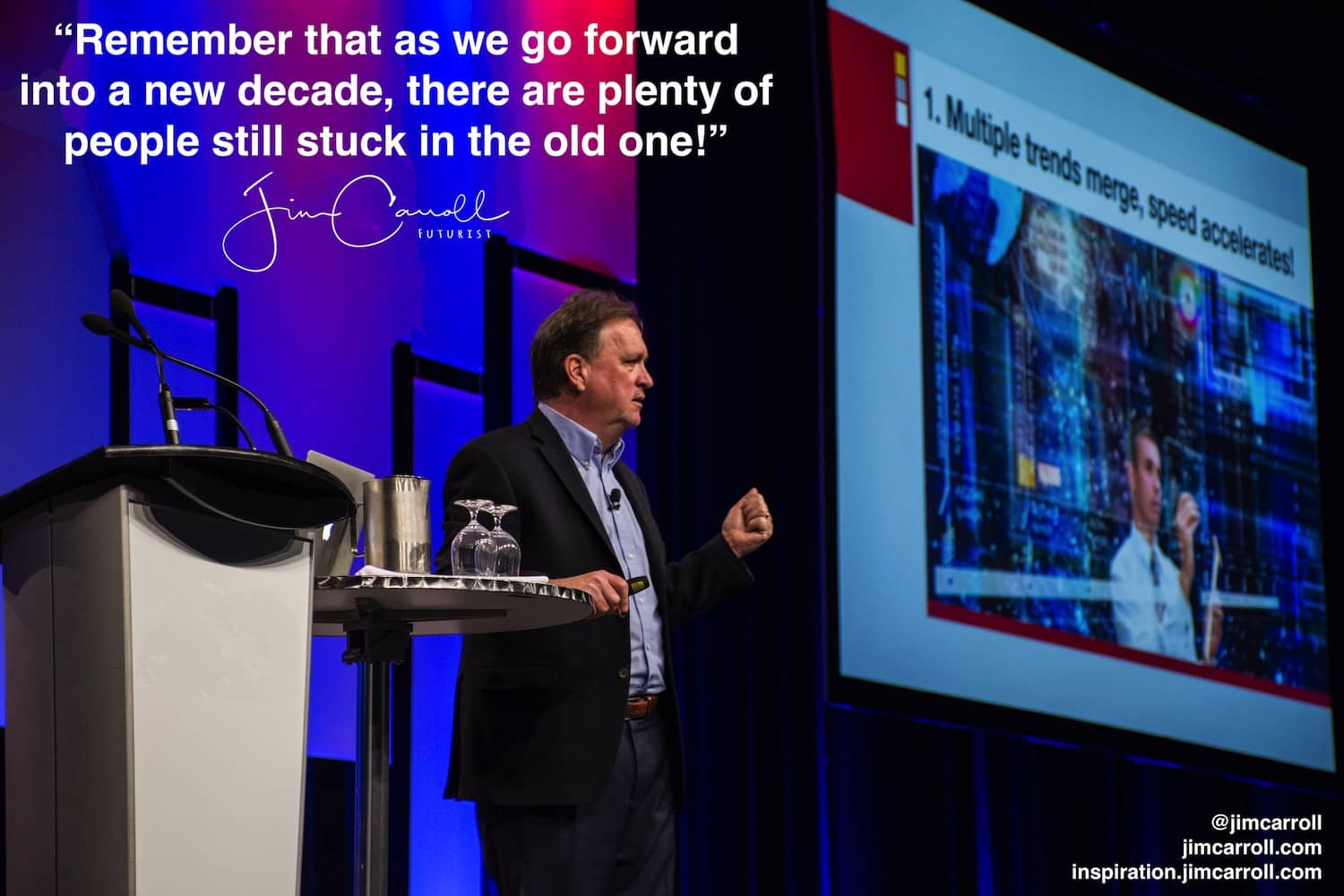 Ogden Nash captured the sentiment found in this quote perfectly: “Progress is great but it’s gone on way too long!”

That’s the mindset that will define much of the challenge for leaders as we head into the 2020’s.

The past decade saw a longing desire to return to the world of yesterday rather than a view to align to the opportunities of tomorrow.

Clearly a good part of the sentiment for Brexit came from voters in rural areas who were eager to return Britain to its “old ways” and “past glories.” In the US, political support over the last several years has been defined by those who think it is relatively easy to return the country to its global manufacturing dominance of the 50’s and 60s.

Is it working? Maybe in the short term, but certainly not into the long term. Success does not come from turning away from the future.

Why? Any study will tell you that it is those countries, companies and organizations who embrace disruptive future trends are the ones who will win; those who align themselves to the future rather than turning their back to it who will succeed; those who encourage adoption of leading concepts who find opportunity

I was reminded of this on Twitter a few days ago when a fellow futurist posted a link to an article from Ohio State University, with the headline: “As more Chinese scientists return home, the country’s scientific impact grows.”

Restrictive immigration policies have a real impact – I predict that in the next decade, we will clearly see the US lose its dominance in global scientific research. It’s a trend that has already been well underway – I wrote about in way back in 2009, in a post “The Hollowing Out of Big Corporate R&D.”

The hollowing out of big corporate R&D

Revisiting the Hollowing Out of Global R&D Trends

Read those posts, and think about what happens as companies and countries don’t align to a future of massive globalization, acceleration and disruption.

The past is not coming back – all you have is what comes next. Every new year and every new decade sees new trends, new realties, new disruptors, new change.

What do we do with this certainty?