Revisiting the Hollowing Out of Global R&D Trends

Two years ago, I was the opening keynote speaker for the 14th Annual Portfolio Management for New Products & Services Conference in Fort Lauderdale, an event sponsored by the Product Development and Management Association.

In the blog entry I wrote at the time (The Hollowing Out of Big Corporate R&D), I noted that “I spoke to the broad theme of  ‘innovating faster,’ but also challenged the crowd to think about how the “source of innovative ideas” has changed.” 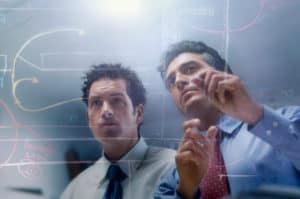 It was a pretty interesting conference — it was right after the financial crisis of 2008, and there were quite a few folks in the room — long time R&D professionals — who had just been let go. Others were seeing their budgets cutback; many more were in a state of absolute shock and uncertainty as the economy was still contracting. It seemed as if the entire room was in a state of shock. I spent a good part of my time working to help them understand there were deep, transformative changes occuring in how “big” R&D was conducted, and if they were to survive, they would have to adapt to these realities. Those point are covered in the blog post.

While undertaking some research in the last few weeks for upcoming keynotes, I’ve come across a few interesting articles that have an R&D spin, and which can help to put into perspective the many ways in which R&D is evolving:

Two sides to nanotechnology – huge opportunities, but all offshore?

From the article Nanontechnology: We can rebuild matter atom by atom, The Observer, 2 January 2011

Nanotechnology is clearly going to change our world and is probably the hottest area in R&D right now (aside from genomics). And yet, many of the solutions that emerge might not emerge within traditional first-world countries!

America universities continue to lead in patents over India

The title of the article says it all, but read the details (“Less than 1% of India’s GDP goes into scientific R&D, 19 December 2010, The Economic Times”)

Why is this so? Because the R&D communityn in India is so small! Consider this quote from the same article:

Clearly, the momentum must be on the Indian side, would it not, as more of the population modernizes and gets involved in R&D activities?

So the trends at work here? Clearly China has a lot of room to grow with pure R&D, just as with India. And not only that, there’s not just pure R&D innovation, but also innovation in other critical areas involving energy and community.

The trend of taking on an even bigger role in pure R&D is confirmed by the Monitor group (China entices scientists to return, 18 November 2010, The Wall Street Journal Asia)

But don’t write off the industrialized world, yet, though, since the essence of the business model for R&D is quickly changing. Everyone has heard of Kickstart, right? If you haven’t, you’d better check it out.

I recently participated in the funding of the TikTok watch kit ; the initiative raised almost $1 million in an extremely short period of time. Global cooperative R&D conduits could be a big thing into the future….

GE continues to invest heavily in innovation – maybe others will follow

Even as new business models are pursued, some research power-houses are renewing their focus on real R&D to generate profit, rather than through the manipulation of funny money. Here’s an article that talks about the role of GE’s Global Research center in Niskayuna, New York (from GE relies on its ‘geeks’ to drive innovate and generate profits, 13 December 2010, Daily Telegraph)

Maybe other global powerhouses will get back to a commitment to pure innovation.

And maybe it’s not just new business models and a refocusing on pure innovation that will “bring innovation back,” but a recognition that it needs to be done faster. In the article Hiring seen in NASA hookup Partnership could bring thousands of jobs to Colorado, 14 December 2010, Denver Post, it is noted that a joint project between NASA and the Colorado Association for Manufacturing and Technology:

Agility, flexibility, and a change to how things are done – that’s innovation, and so there is innovation occurring with the process of innovation.

Clearly there continues to be a lot of rapid change and upheaval in the world of R&D that is having a big impact in the innovation engines of organizations around the world. Keep on top of this rapid change and learn from it in order to stay ahead!