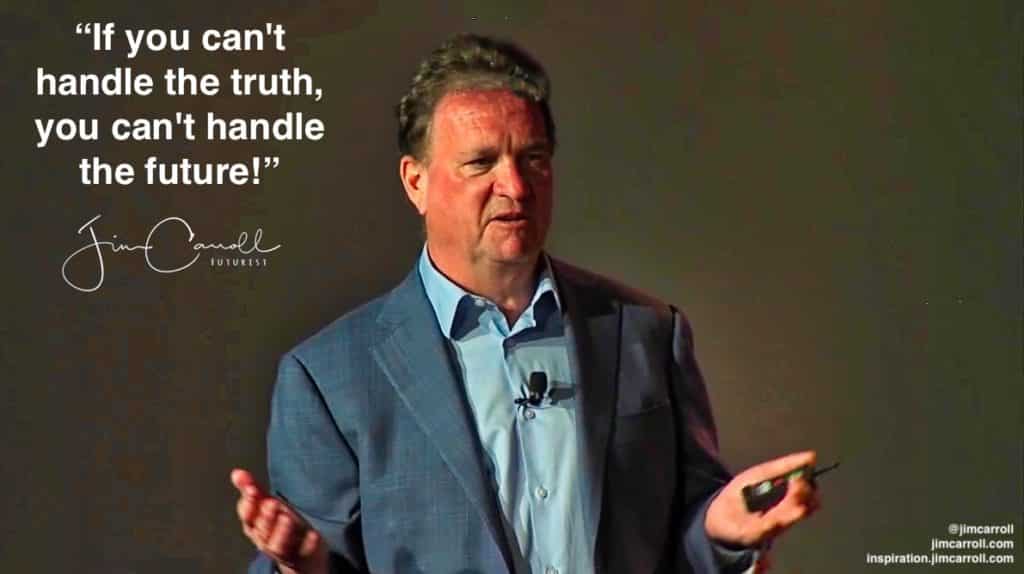 There are lots of people living in a reality crisis. It won’t end well for them – and as we’ve seen already, will have a profound impact on the rest of us.

I know that when I’m up on stage and talking about the future & trends, there are those in the audience who just wish that I would go away.

They’d prefer their industry stay the same, that new competitors just disappear, that they can just keep on selling what they’ve always been selling, in the same old way, with the same old value proposition.

I’m basically offering up to them the truth – the fact that all of those things are going to change, and in pretty dramatic fashion at that.

I’m up there because I’ve been brought in by their CEO or someone else to give them a cold, stark reality check – and then to offer up an outline of a path forward.

I know there are some who won’t listen, because they’ve made the decision in the last few years that they’d prefer to toss reality out the window in order to pursue their own ill-conceived view of the future.

Reality is meaningless to them, facts don’t matter, and science is a hoax.

Of course, one day they’ll wake up to see their job disappear, their company go bankrupt, and their industry go upside down. They’ll take a look around and whine, ‘no one told me this was coming!”

Well, actually, we did!

The reality crisis extends beyond these issues. Consider healthcare, and my post “The Emerging Healthcare Reality Crisis.”

Their belief system will increasingly drive their attitude and understanding of their healthcare circumstances.”

And then I said: “Many will die an early death.” A blunt statement? Yes.

A reality? More than likely.

The reality crisis is becoming one of the defining trends of our time!